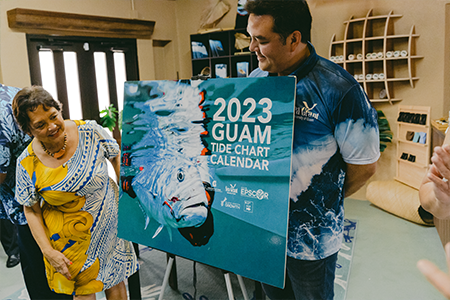 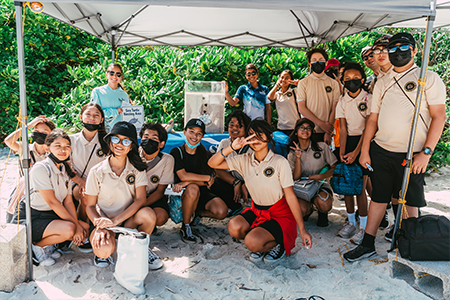 The University of Guam Sea Turtle team brought the outreach to the beach as they welcomed students from Luis P. Untalan Middle School to the sands of Ritidian beach and wildlife preserve for a lesson in conservation. 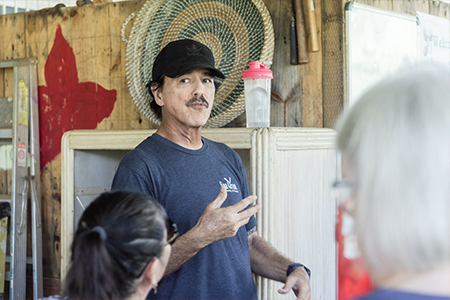 The Guam Sea Grant Aquaculture team brought their message to the community as they held a workshop at the Island Girl Power (IGP) community garden in Ysengsong, Dededo. 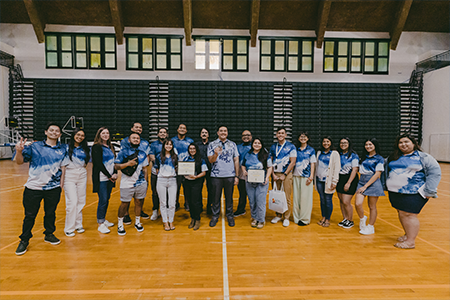 The University of Guam Sea Grant program was amongst those recognized for excellence in 2022 at the annual UOG Triton Awards Ceremony held at the Calvo Field House. 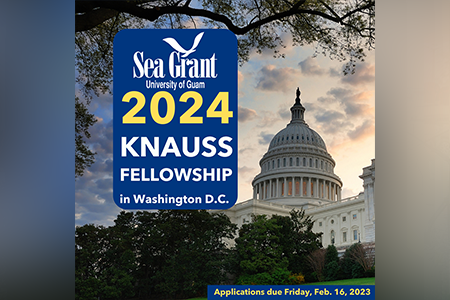 The Sea Grant Knauss Fellowship provides a unique educational and professional experience to graduate students who have an interest in ocean, coastal and Great Lakes resources and in the national policy decisions affecting those resources. The Fellowship, named after one of Sea Grant's founders and former NOAA Administrator John A. Knauss, matches highly qualified graduate students with "hosts" in the legislative and executive branch of government located in the Washington, D.C. area, for a one year paid fellowship. 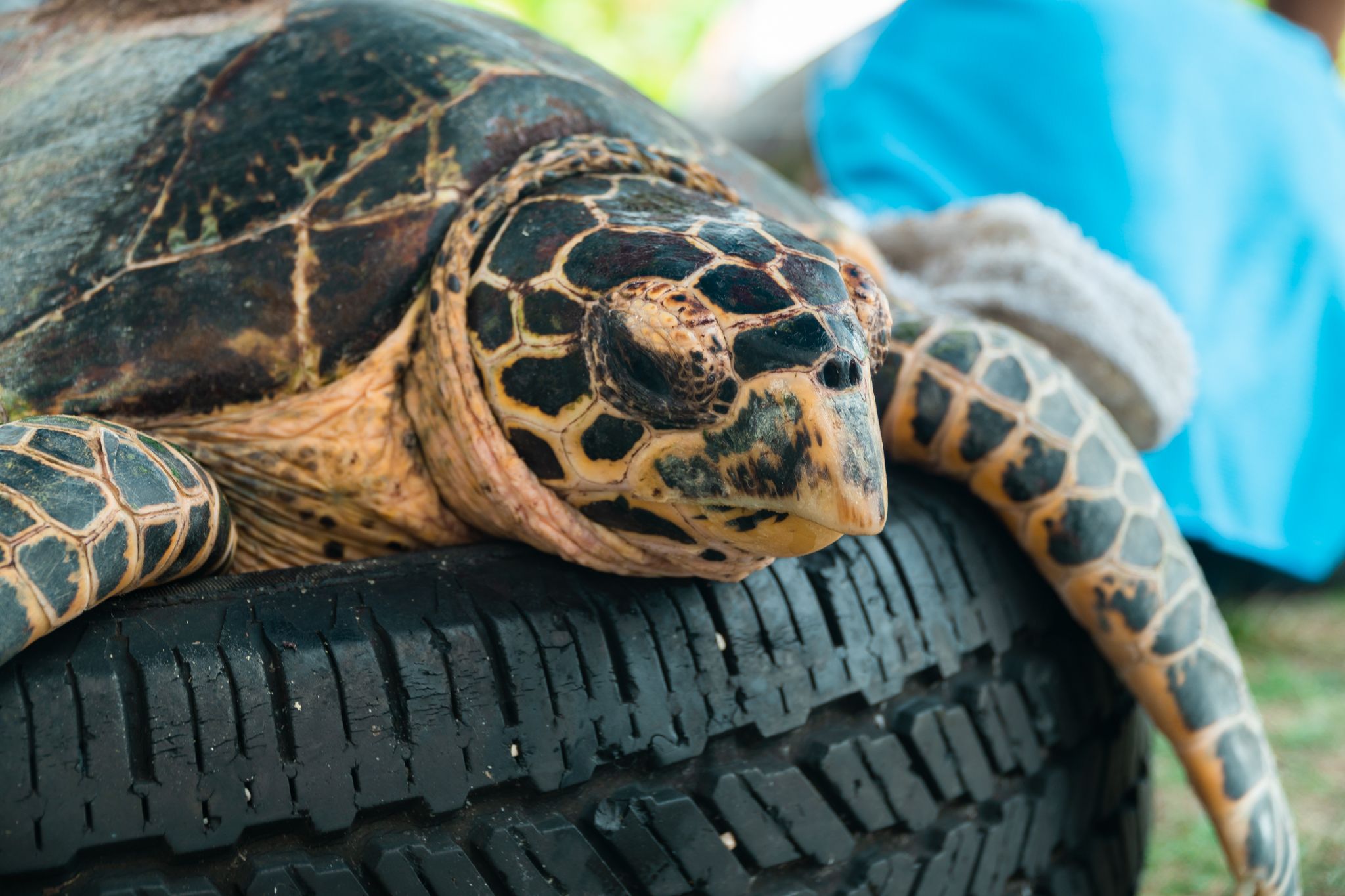 In 2013, the Department of the Navy's Naval Facilities Engineering Command Marianas signed a Cooperative Ecosystem Studies Unit (CESU) agreement with the University of Guam to conduct beach monitoring and protect sea turtle nesting activities, to develop an educational outreach program.

By learning about sea turtle behavior and habitat usage, we are able to promote a healthier endangered species population that will hopefully one day sustain itself. In this way, UOG Sea Grant is promoting healthy coastal ecosystems around the island of Guam. Further, the information gained from nesting surveys and satellite tagging is dispersed to the community via outreach (e.g. classroom presentations, tabling at community events, and beach cleanups) that fosters environmental literacy for island residents. 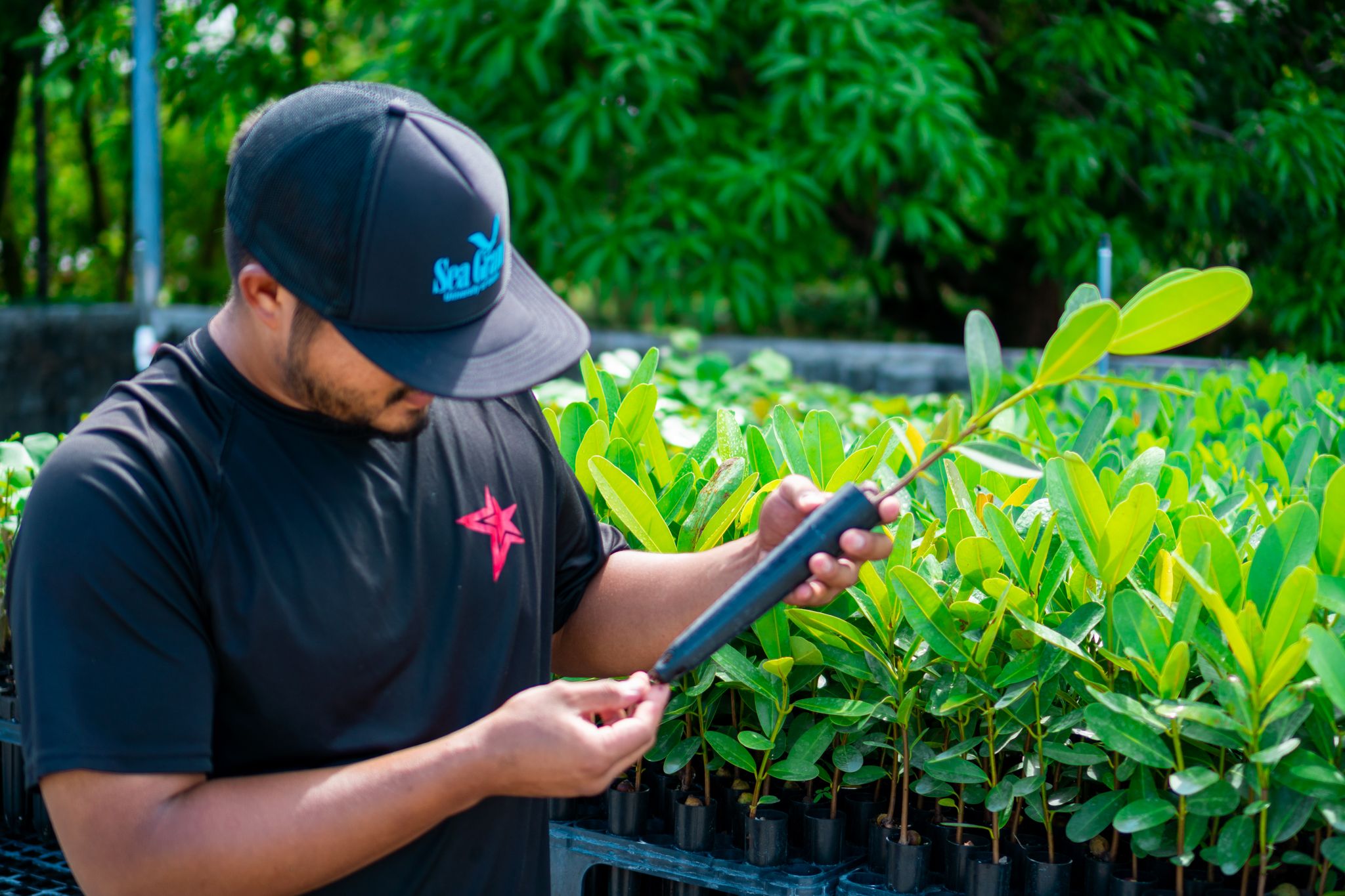 When southern Guam residents look out into their watershed, they see a recurring issue: eroding soil bleeding into the sea. Poor land use is a common environmental concern among Pacific islands that leads to consequences such as accelerated land erosion and subsequent sedimentation on downstream coral reefs. Sedimentation smothers and kills coral reefs and harms nearshore fisheries.

To enhance local stakeholders' understanding of environmental stressors, the UOG Sea Grant Program conducts outreach and research through the GROW Initiative. The project began after villagers in Umatac experienced a decline in the size and quality of their fish catch and discovered that poor land-use practices were to blame. Hundreds of community members were reached through the education outreach activities, including Watershed Adventures and guest lectures. 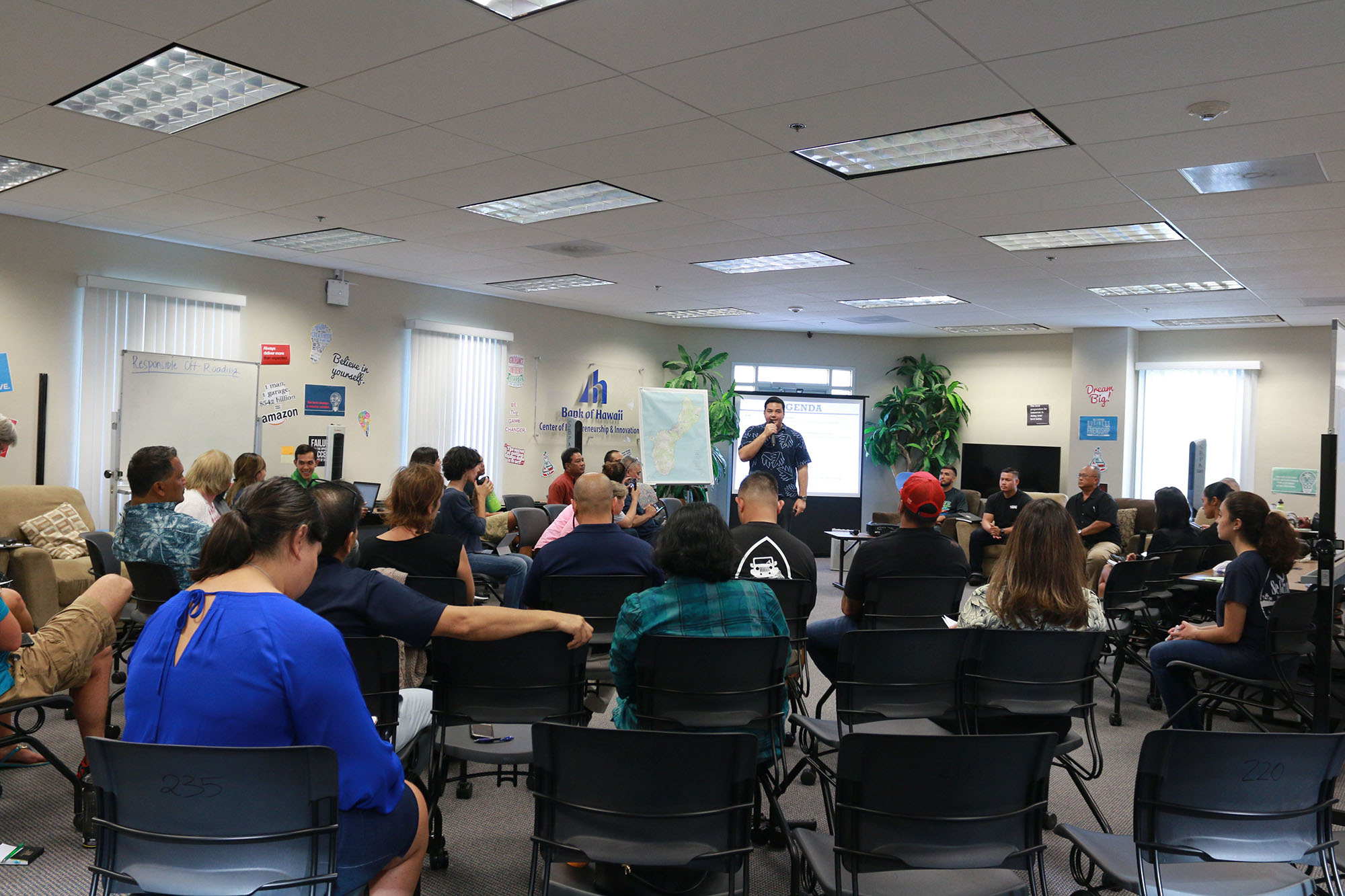 The pledge asked participants to respect the rights of others, remain educated on protected sights and avoid sensitive areas such as wetlands, streams, and falls. 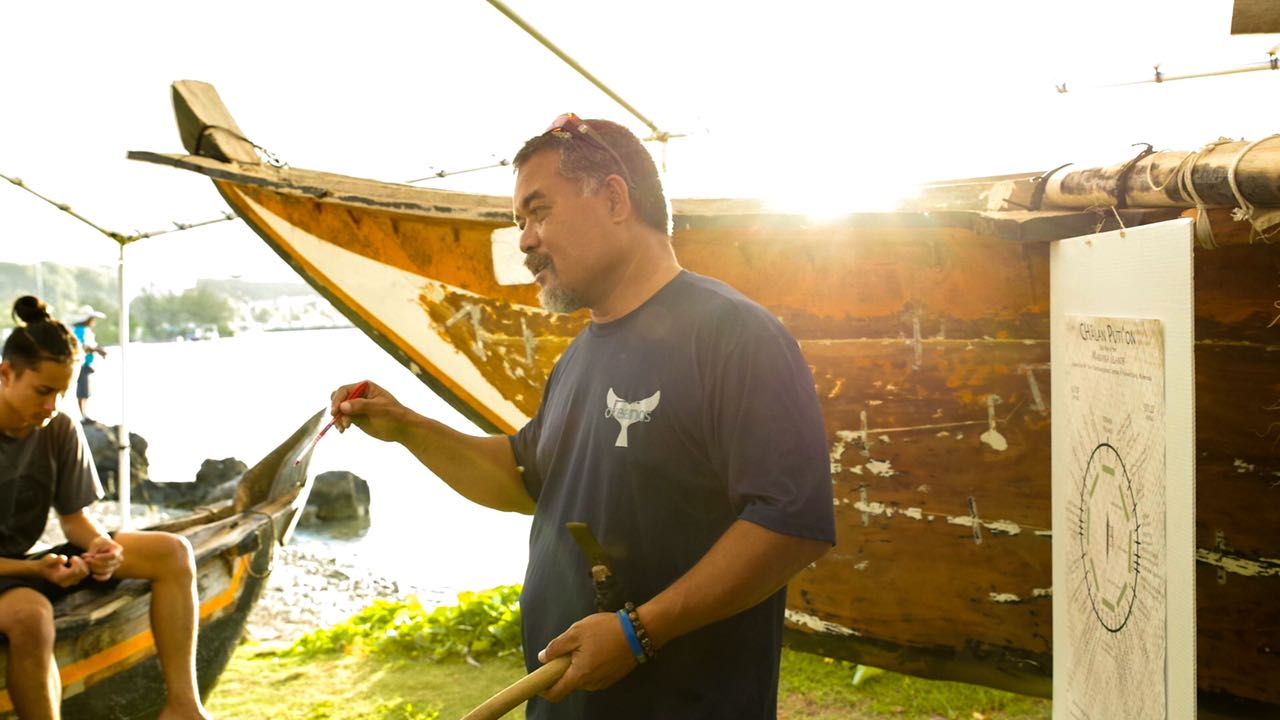 Using the stars, wind, and waves as guides, students from the University of Guam spent six weeks under the tutelage of Master Navigator Larry Raigetal, one of the few remaining masters of traditional navigation, to learn the basic principles of indigenous seafaring. The 2018 Fañomnåkan course, aptly entitled, "Traditional Navigation & Climate Change Adaptation," also offered students a rare glimpse into the world of the "sakman" or canoe building community — a privilege typically reserved for those embarking on a monthslong journey by sea. Although students did not have to partake in an actual trip across the Pacific, they were treated to the rich knowledge of  celestial navigation, Micronesian enthnomathematics, hydrophysics, and more.

In an interview with the University of Guam Sea Grant for an upcoming documentary, Raigetal shared the connection between climate change adaptation and traditional knowledge. "I think that there is a lot that we can learn from indigenous knowledge that is all too relevant and applicable to the impact of climate change," shared Raigetal. He continued, "Our mission should always be to make sure that those coming after us are better off. It's not all about us — it's not all about me. It's not about what I can grab from the resources now. It's all about making sure the future generations are also sharing that same [message] and passing it on." 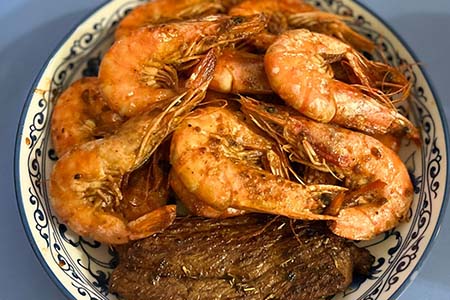 Check out this simple recipe for a great surf and turf with local seafood and veggies! 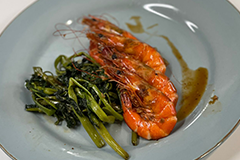 G3's own Lawrence Lizama takes us into the kitchen with some local shrimp and locally grown kangkung for a delicious meal that we can all agree goes swimmingly with any dinner plans. 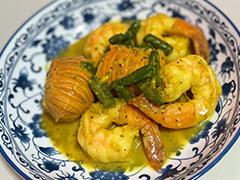 An island favorite with a Middle-Eastern twist, submitted by local celebrity Nae Nae! 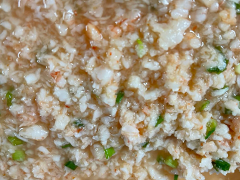 A staple amongst CHamoru gatherings, keleguen is a great take on a fresh, simple and delicious dish. This the recipe for a simple shrimp version of the dish.