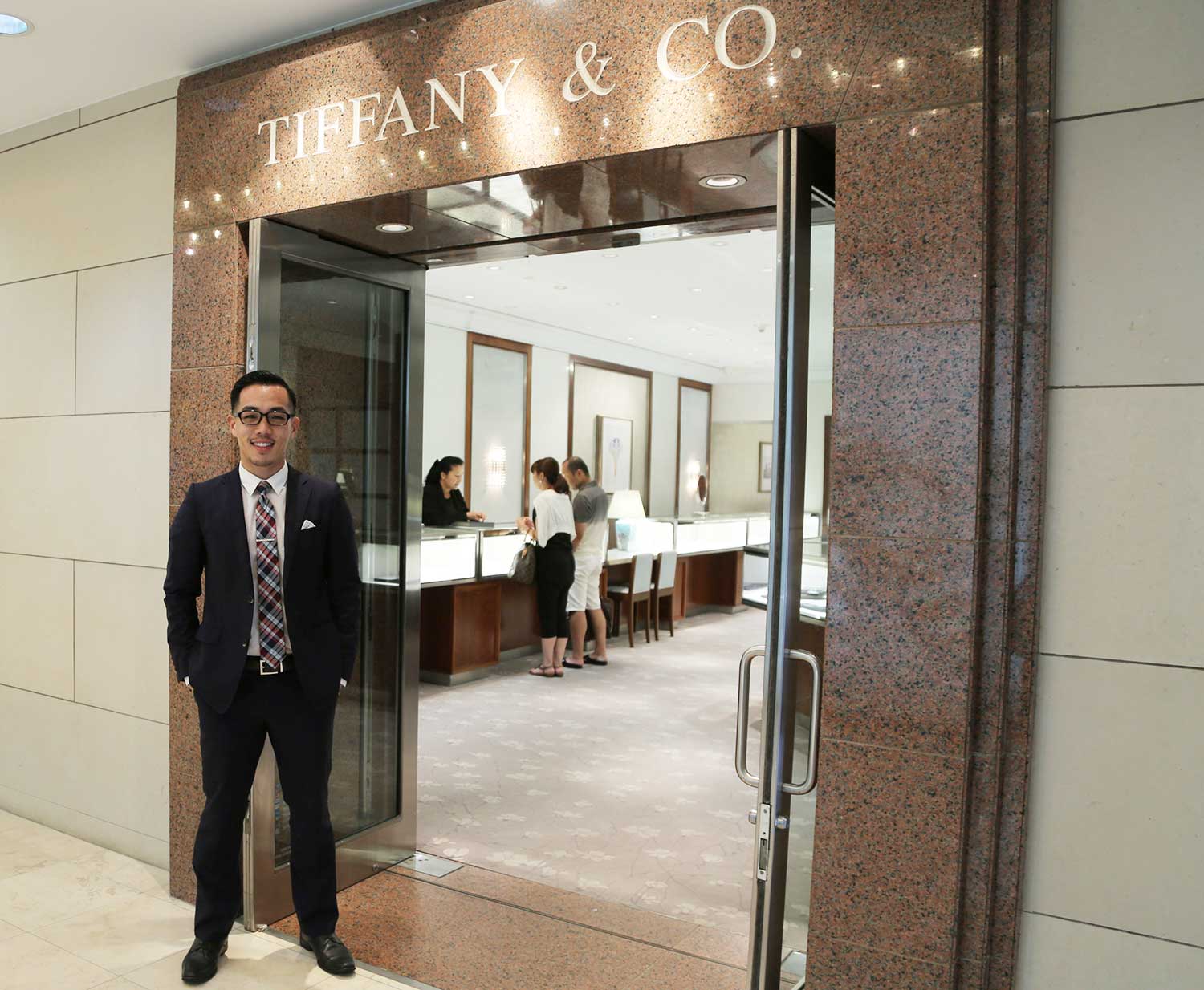 It was James Kim’s impressive managerial experience that made his online resume stand out among the rest.

After discovering Kim a few months ago via LinkedIn—a social network that helps business professionals connect around the world—a recruiter from Boston referred him to Tiffany and Co.’s San Francisco office where the interview process began.

Six months later, Kim was hired as the new Experienced Leader for Tiffany and Co. in Guam.

“It’s been a great experience,” said Kim. “Tiffany believes in offering a highly competitive compensation package and investing in their employees for long term growth. They also foster a dynamic company culture for learning and development. My Group Director, Molly Cadmus, has been instrumental in my overall success in the program.”

But it wasn’t luck that provided such an opportunity. Kim knows that hard work and an education at the University of Guam helped him reach his professional goals.

Kim grew up on Guam, and after graduating from Harvest Christian Academy in 2005, he decided to focus on his career before going to college.

In just two years, Kim became the Product Sales Manager for T-Galleria by DFS, Guam. But as the years passed by, Kim felt it was time to further his education.

Kim chose to enroll at the University of Guam because it provided the flexibility he needed to continue growing professionally while attending college full-time.

“What was really great about UOG was the professors,” he said. “One thing I was really appreciative of is that they were able to make accommodations for me. They really took a genuine interest in my personal growth.”

Kim graduated from the University of Guam with a Bachelor of Business Administration (B.B.A.), Human Resources Management in 2012. After college, he became the General Manager of Calvin Klein located at the Guam Premier Outlets before eventually working for Tiffany’s.

Kim owes a lot of his success to the experience and knowledge he gained from balancing school and his career.

“I always believed in climbing the ladder as fast as possible,” said Kim. “That’s why I decided to attend school and work at the same time.”

He recommends that students, if they can, do the same and try their best to work while attending college.

“If there are opportunities to jumpstart your career while you’re in school, you should go for it,” advised Kim. “Utilize your education and experiences at UOG to develop your personal brand.” He states that, “creating a visionary 5 year career/salary goal will help you stay aligned for success.”