To schedule an appointment with the Guam and Micronesia Collection,  please send email to Wai Yi Ma at marcref@triton.uog.edu

To schedule an appointment with SDC/MSS, please send email to Dora Herrero at herrerod@triton.uog.edu

All visitors must sign a Declaration of Individual Attesting to COVID-19 Vaccination form before entering the collections.

The Micronesian Area Research Center is the primary repository of Micronesian history, knowledge, and cultural preservation in our region. To continue their critical work, MARC needs your support.

Learn how you can help #MakeYourMARC

The legislative creation of MARC was the result of a gathering together of scholars by former UOG President Dr. Antonio C. Yamashita and a transfer of funding for the enterprise by former Governor Manual F. Guerrero.

This Center contains over 40,000 volumes of resource materials on Guam and Micronesia, and 800 unpublished theses and dissertations. It contains many early publications such as the Guam Recorder.

A popular part of the collection is the CHamoru Genealogy section, where more than 100 family genealogies have been traced.

A map collection is also maintained, and a manuscripts collection.

MARC has an impressive list of publications produced by MARC scholars, and the publication effort continues with the UOG Press currently housed at MARC.

MARC is currently undergoing a renewal of efforts on its 50th Anniversary and has established task forces to work on further developing the various aspects of the Center. MARC welcomes volunteers and students to partake of this process! A great proportion of the renewal efforts will be devoted to increased web based information to allow members of the public access to the treasure trove of information retained by MARC. 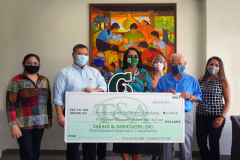 The donation made on March 24 is the latest installment of the company's $150,000 pledge to the university. 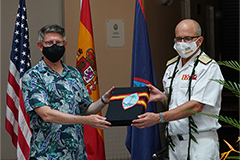 A Spanish delegation has brought UOG a new academic relationship with CEU San Pablo University as well as a rare Spanish manuscript on the Mariana Islands. 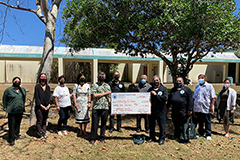 The online database will allow CHamoru language and culture learning resources to promoted and accessible worldwide. 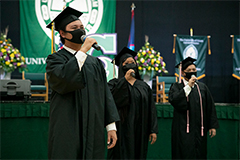 The keynote speaker will be Dr. Edison P. Manaloto, a two-time UOG alumnus and the 2006 UOG valedictorian. 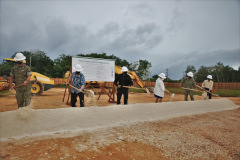 The construction of the Guam Cultural Repository is underway on the UOG campus.

For Publications Inquiries or Orders, email: