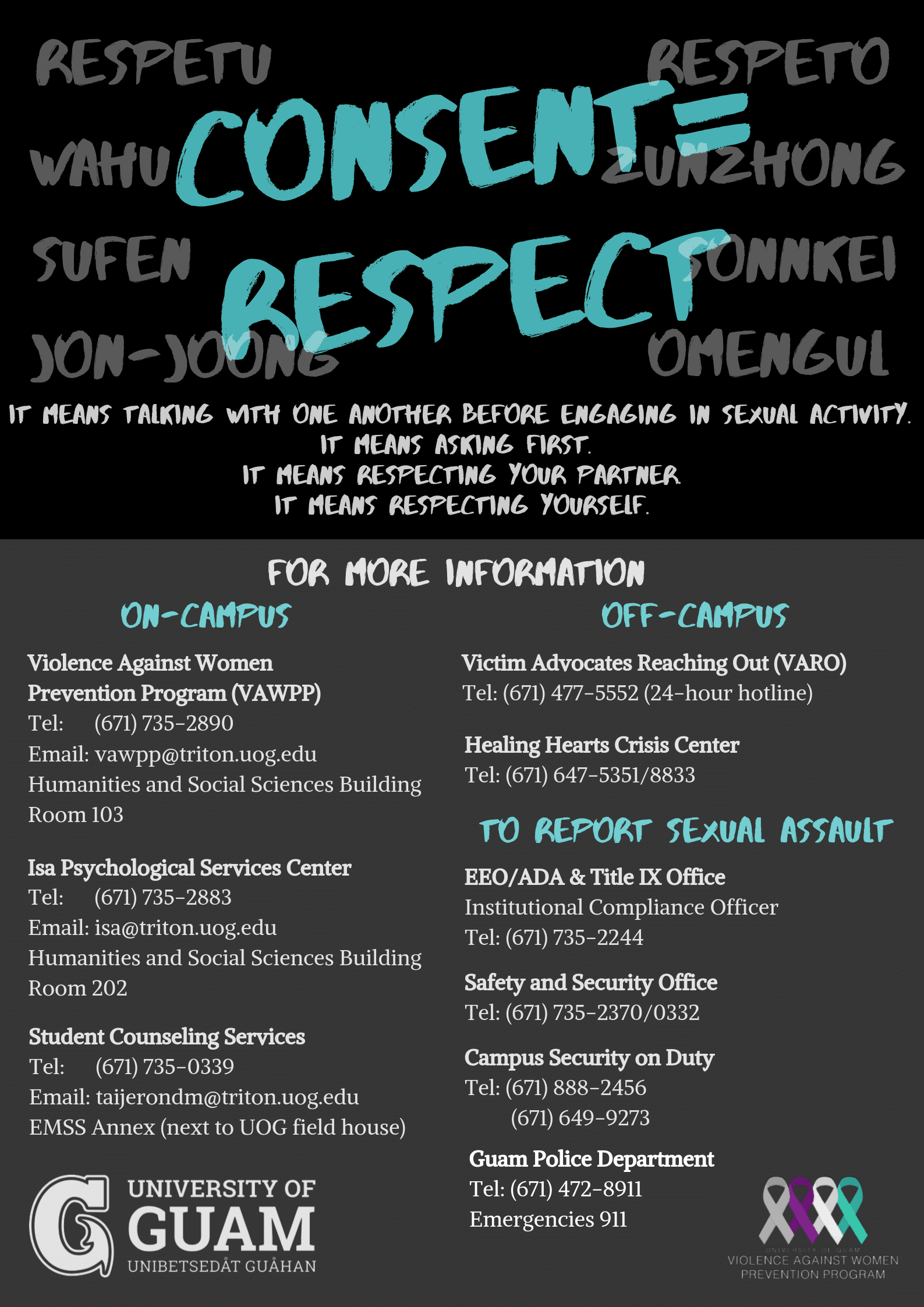 The Violence Against Women Prevention Program was created in 2007 through a federally funded grant awarded to the University of Guam by the U.S. Department of Justice, Office on Violence Against Women. The aim of the Program is to address the prevention of violent crimes against women on campus, particularly domestic violence, dating violence, sexual assault, and stalking, and to provide services for victims of these crimes.

UN Definition of Violence Against Women According to the United Nations, the term “violence against women” means:
Any act of gender-based violence that results in, or is likely to result in, physical, sexual, or psychological harm or suffering to women, including threats of such acts, coercion, or arbitrary deprivation of liberty, whether occurring in public or private life. --The UN Declaration on the Elimination of Violence Against Women, General Assembly Resolution, December 1993

WHO Statement on Violence Against Women

According to the World Health Organization: Violence against women is one of the major public health and human rights problems in the world today. It is a universal phenomenon, which cuts across boundaries of culture or class and which affects millions of women worldwide. Its serious consequences on the health and well-being of women and their children compel us to act towards its immediate prevention and elimination. --WHO Multi-Country Study on Women’s Health and Domestic Violence Against Women, World Health