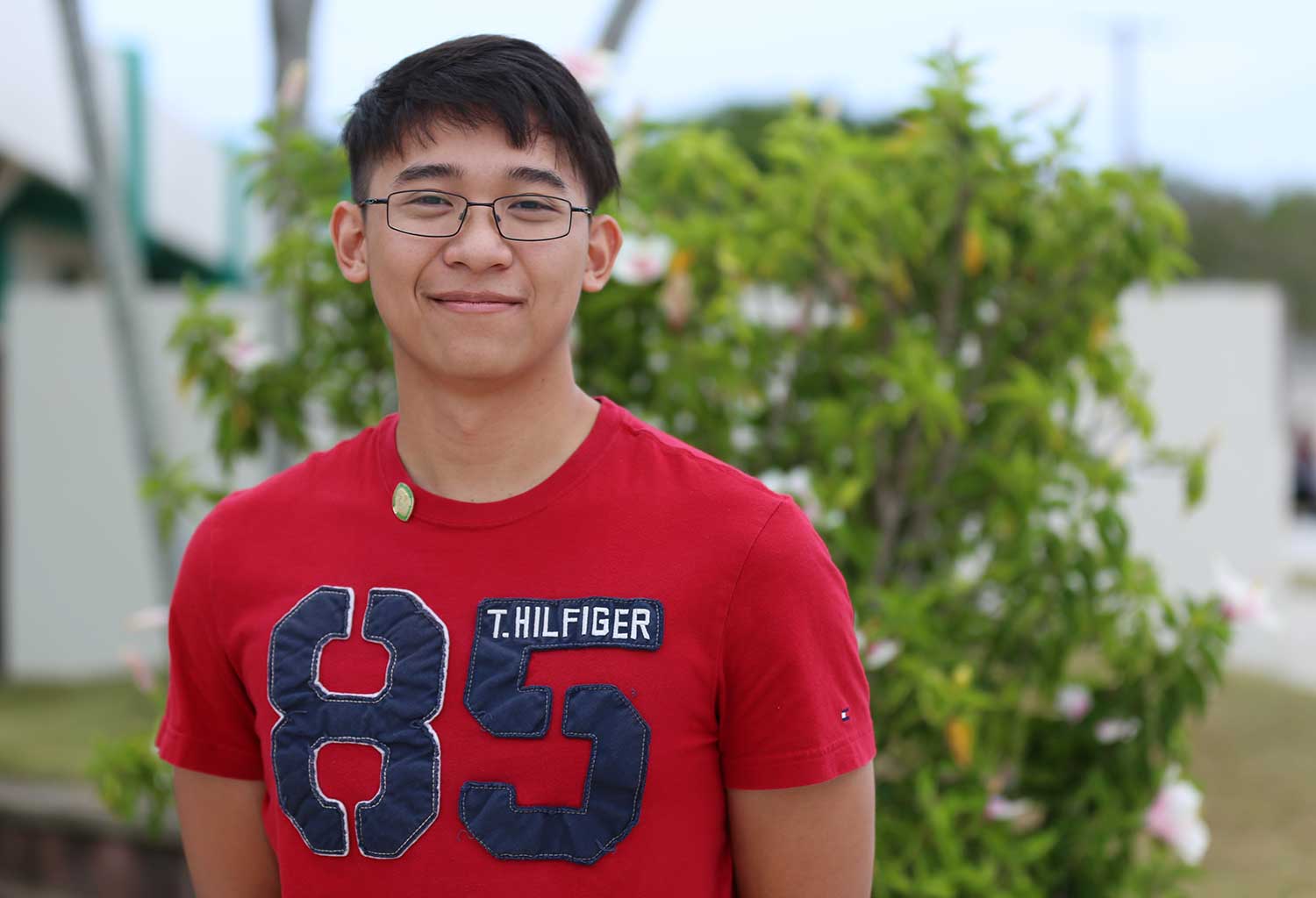 Martinez was selected after breaking an unprecedented six-way tie for the top honor.

Senior biology major Kevin Malonzo Martinez knew early on where his academic journey at the University of Guam would lead him.

Encouraged by his mentor Dr. Kia Rahmani— general surgery specialist at the Guam Memorial Hospital and president of Hafa Adai Specialist Group—Martinez switched out of the nursing program and picked up minors in chemistry and sociology with the goal of medical school in the forefront of his mind.

“I know that I always wanted to do something in the medical field, but medical school is so expensive,” he said, “so it seemed out of reach for me.”

But it was his academic excellence and potential that eventually persuaded Rahmani to choose Martinez out of a handful of students to fully fund his tuition for medical school after finishing his undergraduate studies.

With this in mind, Martinez kept focused on his goal, which eventually lead him to being named the Spring 2016 Commencement Valedictorian. He was selected after breaking an unprecedented six-way tie for the top honor.

Martinez, who hopes to start medical school next year, said his intention is to return to Guam and practice emergency medicine. He also wants to help improve the public’s perspective on medical professionals on Guam.

“People like to complain, but I’ve seen how hard they work,” Martinez said. “I’ve seen how much effort they put in, and I want to come back one day and be able to help the island just like they do.”

Martinez also said that without the support of his parents, peers and the faculty at the University of Guam, he wouldn’t be where he is today.

“I’d really like to thank my parents for pushing me so hard,” he said. “I’ve also met a lot of people who have impacted my life for the better. I’m really excited, but I know I didn’t do it by myself.”