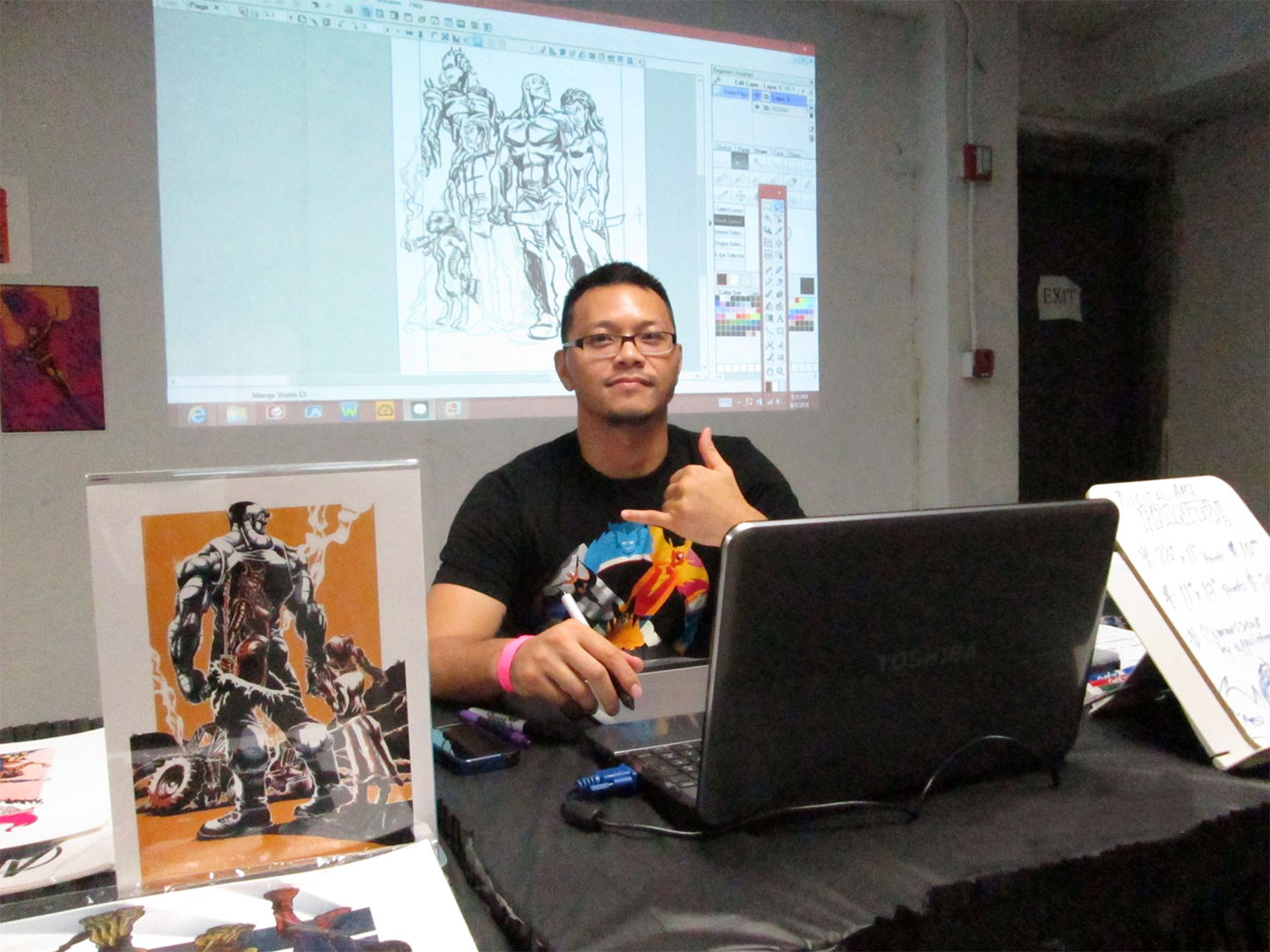 No older than four-years-old, Chargualaf would doodle on and off just for fun until one day he realized exactly from where his creativity stemmed.

“I guess my parents used to draw as a hobby,” Chargualaf explained. “They kept their drawings rolled up and tucked away. They never talked to us about it. One day I was doodling, and my dad showed them to me.”

Soon after, Chargualaf’s mother bought him his first comic book from the local Payless Supermarket down the road. This sparked an interest in Chargualaf that he would hold on to for the rest of his life. An interest that, combined with his skilled hand, would lead him to becoming a comic book artist himself.

Chargualaf was recently recruited by “King Eddie,” a colleague and comic book editor based in Hawaii, to create artwork for a graphic novel horror anthology to be sold worldwide.

The Dark Reaches: Volume 1 is a graphic novel consisting of a dozen short stories, all of which are original writing and artwork from comic book aficionados across the United States. Chargualaf harnessed his artistic ability to bring two of these terrorizing stories to life, spanning a total of 17 pages. The project was spearheaded by Rus Wooton, a letterer for The Walking Dead comic book series.

Chargualaf is one of the only local artists to work professionally in the comic book industry.

Chargualaf taught himself how to make digital art in order to become more marketable in the global community. After receiving the offer for this project in September of last year, Chargualaf said despite being a bit intimidated, he was overcome with excitement and ready to tackle this rare opportunity head-on.

“It’s really hard to get a job here on Guam,” Chargualaf said. “There’s no comic book industry, so when I heard about it, I was super excited.”

Originally, Chargualaf was only hired to do artwork for one story, but the editors’ liked his work so much, they called him back for a second.

Chargualaf has two studios—one at home and one in his classroom at John F. Kennedy High School, where he works full-time as an art teacher. He often listens to 90’s music to stimulate his imagination when he works. He draws on a Wacom tablet using Manga Studio, a comic illustration software.

His inspiration comes from his love for comic culture and the martial arts. He works part-time as a kickboxing instructor, and he incorporates the art of the sport into his drawing. Along with comic-themed artwork, he also does walk-out t-shirt designs for local fighters.

“I came in a little cocky,” Chargualaf said, “but he kind of shot me down. He forced me to get better and analyze my work. I used to do a lot of comic-style art, and he thought there was some potential. But he forced me to learn a more traditional way of drawing. He really pushed me to take charge.”

Chargualaf said Babauta’s unusual teaching style helped him become more self-reliant as an artist. This, as well as being able to compare his work with other students in the art program, proved to be invaluable experience to his development as an artist, he said.

Today, as an art teacher himself, Chargualaf urges his students that are interested in art to draw every day.

“I really try to foster their interest and give them advice where I can,” Chargualaf said. “Some students are really, really good. So when I see their art, if I can contribute a little bit, it’s really good for me.”