Dr. Yukiko Inoue-Smith, a professor of educational psychology and research at the University of Guam School of Education announces the release of her new poetry book, The Inescapable Seasons of Life – Expressing the Modern Soul in an Ancient Poetic Style.

The book, written in a classic Japanese poetry form called tanka, is published by JustFiction Edition.

About the Author
Yukiko Inoue-Smith, PhD, a professor of educational psychology at the University of Guam, has been extensively involved in work with tanka. Many of her tanka poems have received awards. Yukiko has been contributing her tanka poems to a local newspaper since 2011. Her tanka books recently published include The Shape of Love and Do Cats Dream?

About the Book
Compared to haiku, Japan’s oldest poetry genre called “tanka” (or “waka” traditionally) is not so familiar with people in the United States or rest of the world. In recent decades, however, tanka is becoming increasingly popular among Western readers, presumably because they recognize that this poetic style provides an ideal format and length for expressing their emotions.

Tanka poems written in Japanese are tiny verses of thirty-one syllables in one straight line. But, in English and other languages, it is often written using five lines. For an English language tanka, requirements are not so strict. The challenge is how to use a few words effectively: exactness and concrete image are essential elements of composing tanka. More than in haiku, tanka requires a sense of verbal rhythm and musical flow which encounters in English poems. Finally, tanka conveys its meaning or a feeling by implication, in symbols, or by allusion. This is “yojo”— the soul of tanka. 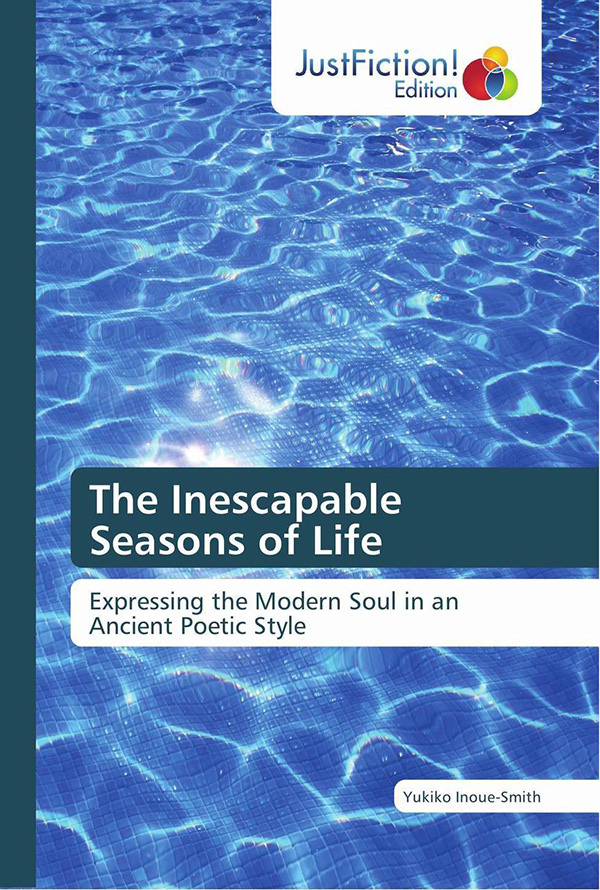 Excerpt from The Inescapable Seasons of Life

“Escape. This is one of the themes that appears most frequently in my tanka poems…the seasons of the human world imprison us. We are held by an invisible chain—thus we suffer and struggle …. Each of us experiences a sort of desperation in daily living…” (Excerpt from the Preface)

Below is one of Inoue-Smith’s tanka poems from the book.

the moment I looked back—

my past can never be erased

View more about the book at the JustFiction Edition website.