The University of Guam Men's Soccer Team signed two George Washington High School Geckos to UOG Athletic Letters of Intent and partial tuition scholarships to play for the Tritons in 2018-19. Hezekiah Cruz and Brandon Salumbides will join the UOG squad for the 2018-19 men's soccer season.

Cruz is a 5'10", 152 pound striker from the Geckos and helped lead the GW squad to 3 Top Four finishes from 2015-2017. Hezekiah also played football for George Washington and was named All-Island as a kick returner in 2016.

Salumbides is a 5'8", 175 pound defender who was named Honorable Mention All-Island in 2018 and was named Captain for the Geckos in 2018. He helped lead GW to 3 Top Four finishes in 2015-17 in the island high school championships. Brandon was named to the academic Honor Roll from 2015-2018 for GW and won a team championship playing for the Barrigada Crusaders club team.

The UOG Tritons have ran their record to 29-12-1 the past two years, with the first year being in the Guam Football Association's D2 League, where the Tritons finished fourth and the UOG team finished 3rd in 2017-18 in the GFA Budweiser Premier League (One League), reaching the semi-finals of the Premier League Playoffs.

The Tritons will play in the GFA Division I League in 2018-19 or the "Premier League" depending on what league will be sponsored by the GFA next season. 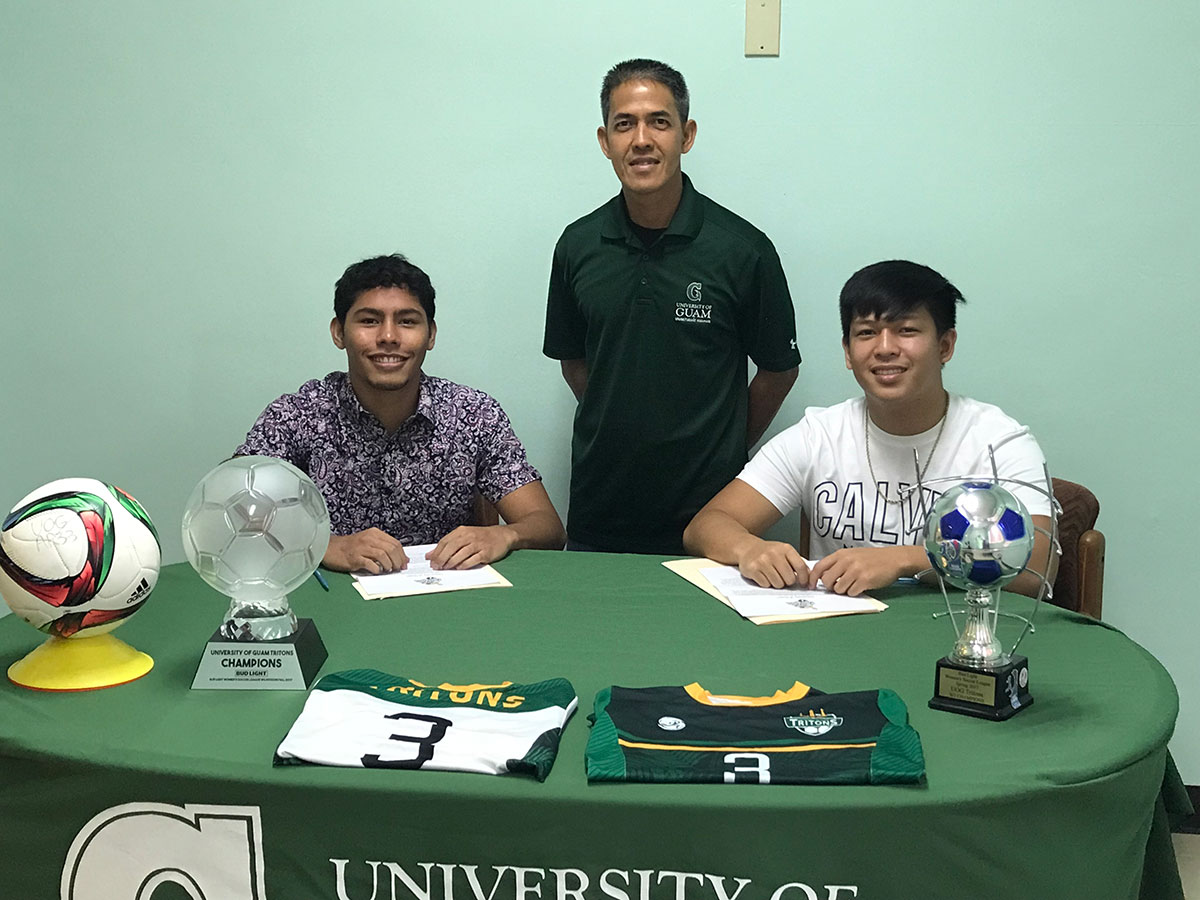