(From left) Dr. Wai K. Law and Dr. Kevin K.W. Ho, both professors of management information systems at the University of Guam. 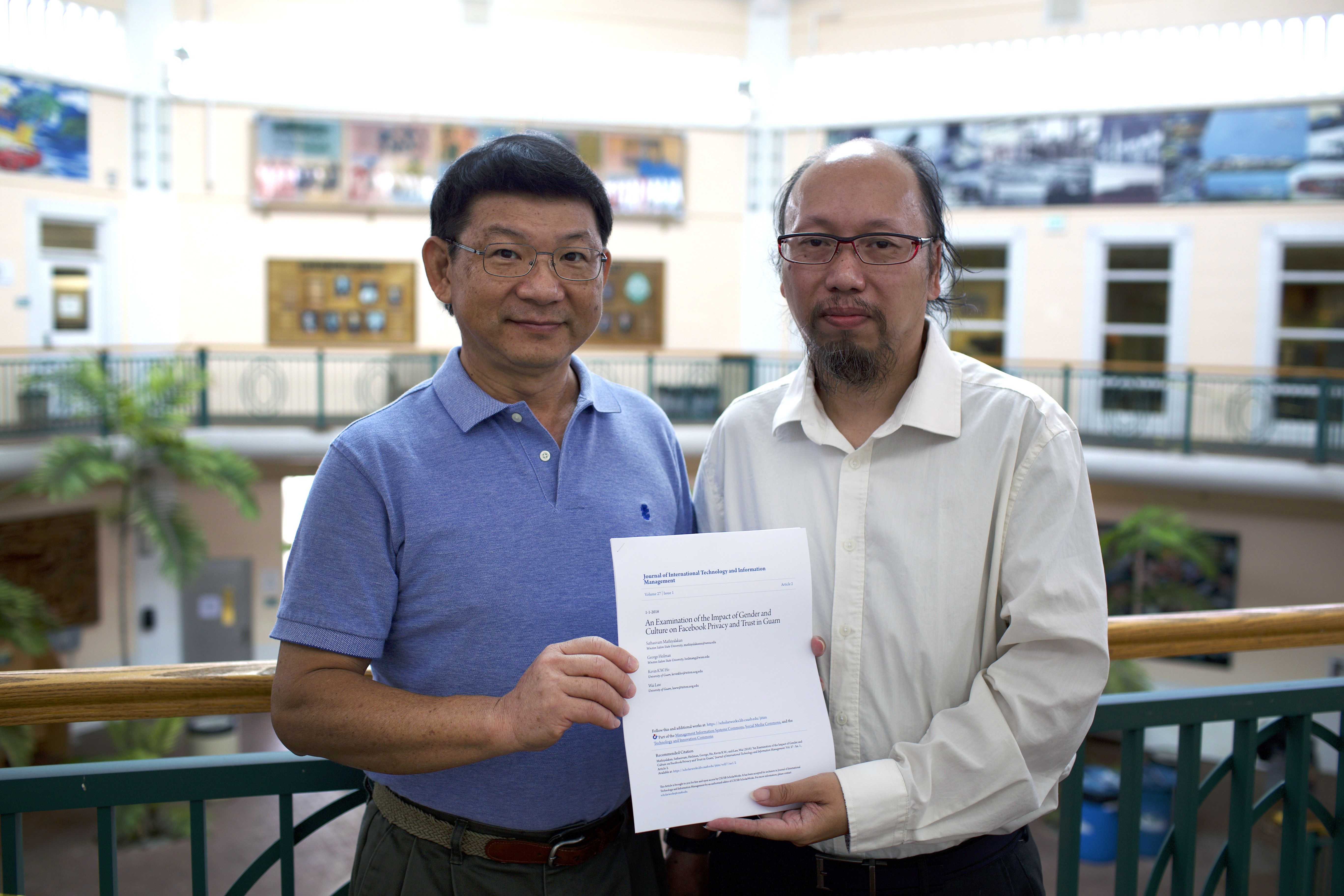 (From left) Dr. Wai K. Law and Dr. Kevin K.W. Ho, both professors of management information systems at the University of Guam.

Two of University of Guam’s faculty members have contributed to research findings regarding U.S. college students’ privacy settings on Facebook. The ethnic composition and cultural background among UOG students inspired the research collaboration among two professors from North Carolina and two professors from UOG to gain data from a more diverse population of American students.

The co-authors were Dr. Kevin K.W. Ho and Dr. Wai K. Law, both professors of management information systems at UOG’s School of Business & Public Administration, and professors Sathasivam Methiyalakan and George Heilman from Winston Salem State University (N.C.). Their study results were published earlier this year in the Journal of International Technology and Information Management (https://scholarworks.lib.csusb.edu/jitim/vol27/iss1/2/).

The study is the third of a four-part series being done by the four co-authors. The first study examined gender and age differences in Guam college students’ Facebook usage. The second examined the impact of ethnicity and culture on using Facebook for academic and social purposes in Guam. This latest study focused on the impact of gender and culture on Guam college students’ Facebook privacy settings.

“One of the concerns that we already looked into in the first part of the series is that the younger generation may not have a really strong information-security perception and that they use Facebook very loosely, risking a loss of control of their privacy,” Ho said. “This piece focused on privacy concerns and whether gender would play a role.”

Their findings indicate that neither gender trusts Facebook nor feels it protects them. While there was not a significant difference in privacy settings between genders, female students in Guam were slightly more inclined to take protective measures. These results were in line with the stateside study.

Their fourth study of the series is on the attitude toward Facebook and Facebook use among university students in Guam. The results have not yet been published, but the co-authors from Winston Salem presented the paper earlier this month at the joint annual conferences of the International Information Management Association and the International Conference on Information and Economic Development at Prairie View A&M University in Texas.

Ho and Law will continue to collaborate with the North Carolina professors on future related studies.

About the Journal of International Technology and Information Management