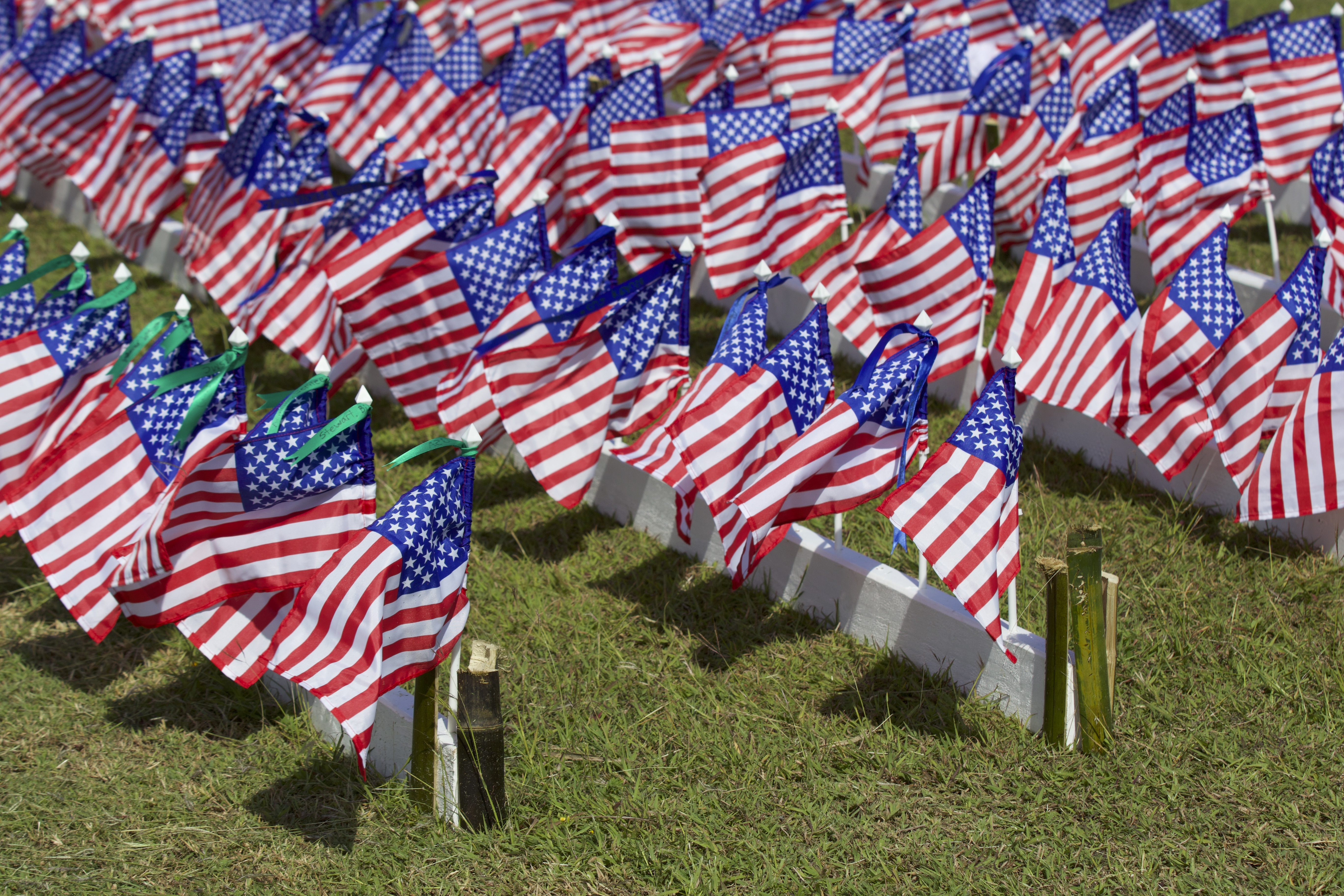 In honor of Veteran's Day, the University of Guam Student Veterans Organization dedicated one U.S. flag for every UOG student who has served in the U.S. armed forces. In total, more than 200 UOG students are veterans.

The University of Guam held a ceremony on Nov. 7 in honor of Veteran’s Day and in honor of the 200+ UOG students and 22 employees who have served in the nation’s armed forces.

Delivering the keynote address at the ceremony was Brig. Gen. Johnny S. Lizama, the assistant adjutant general of the Guam National Guard and commander of the Guam Air National Guard, who is also a UOG alumni.

“[Guam’s] distance has not affected the impact our veterans have made, nor has the size of our land mass or population in comparison to our counterparts. Since Guamanians have been allowed to serve in the armed forces, we have never hesitated to answer the call,” he said.

The tribute ceremony featured a collection of U.S. flags put together by the Student Veterans Organization. Tied to each flag was the name of a UOG student who has served.

After the ceremony, the student veterans who attended shared what it meant to them:

“It made me feel proud. It’s nice to have veterans being honored, especially student veterans. A lot of times they go unrecognized because they transition from the service to a civilian career. It was nice to have.”

“It showed the University’s appreciation for veterans. It was heartfelt. I was singing the Marine Corps hymn while they were playing it.” 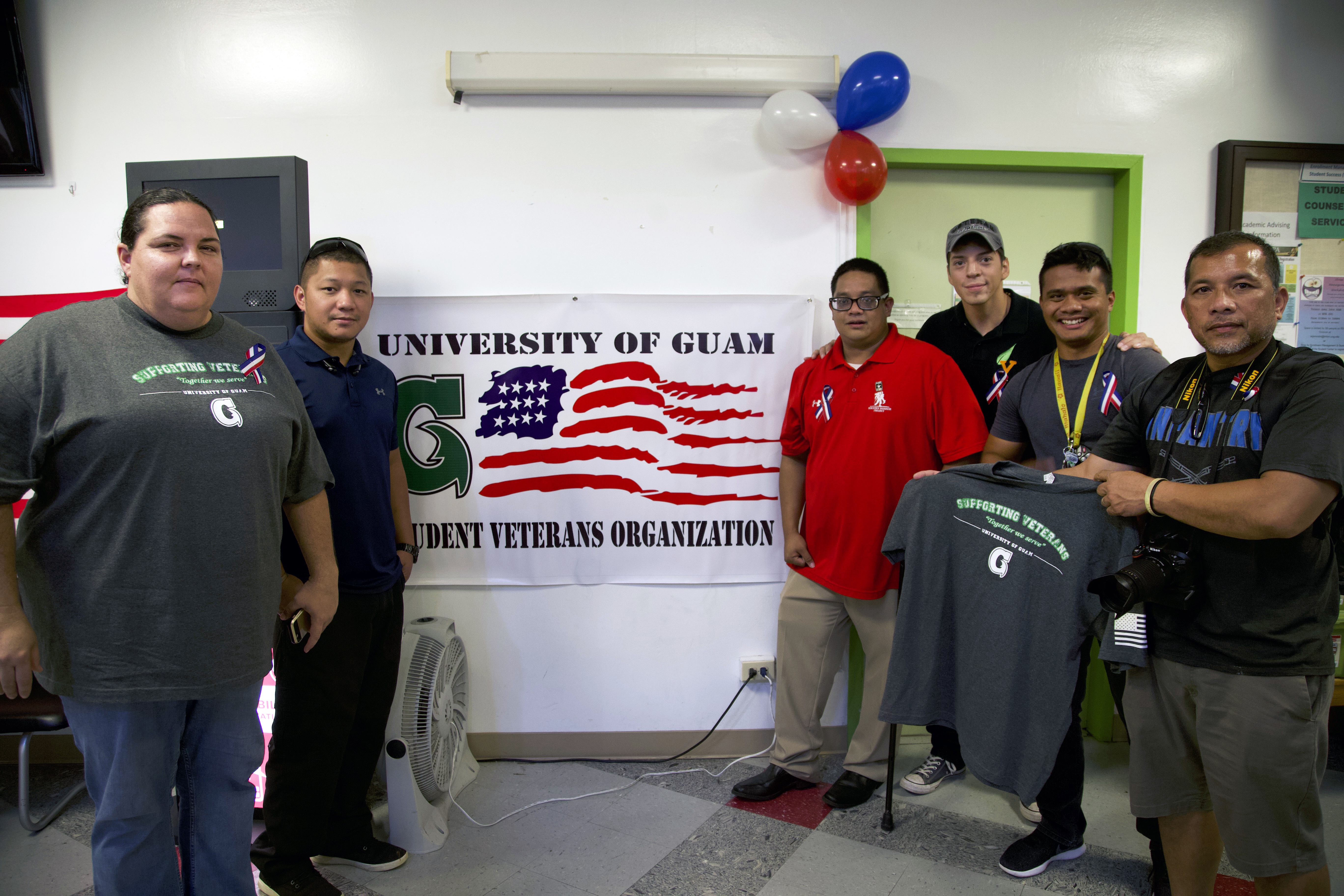 UOG seeks to support former servicemembers in their educational pursuits and does so through several means: