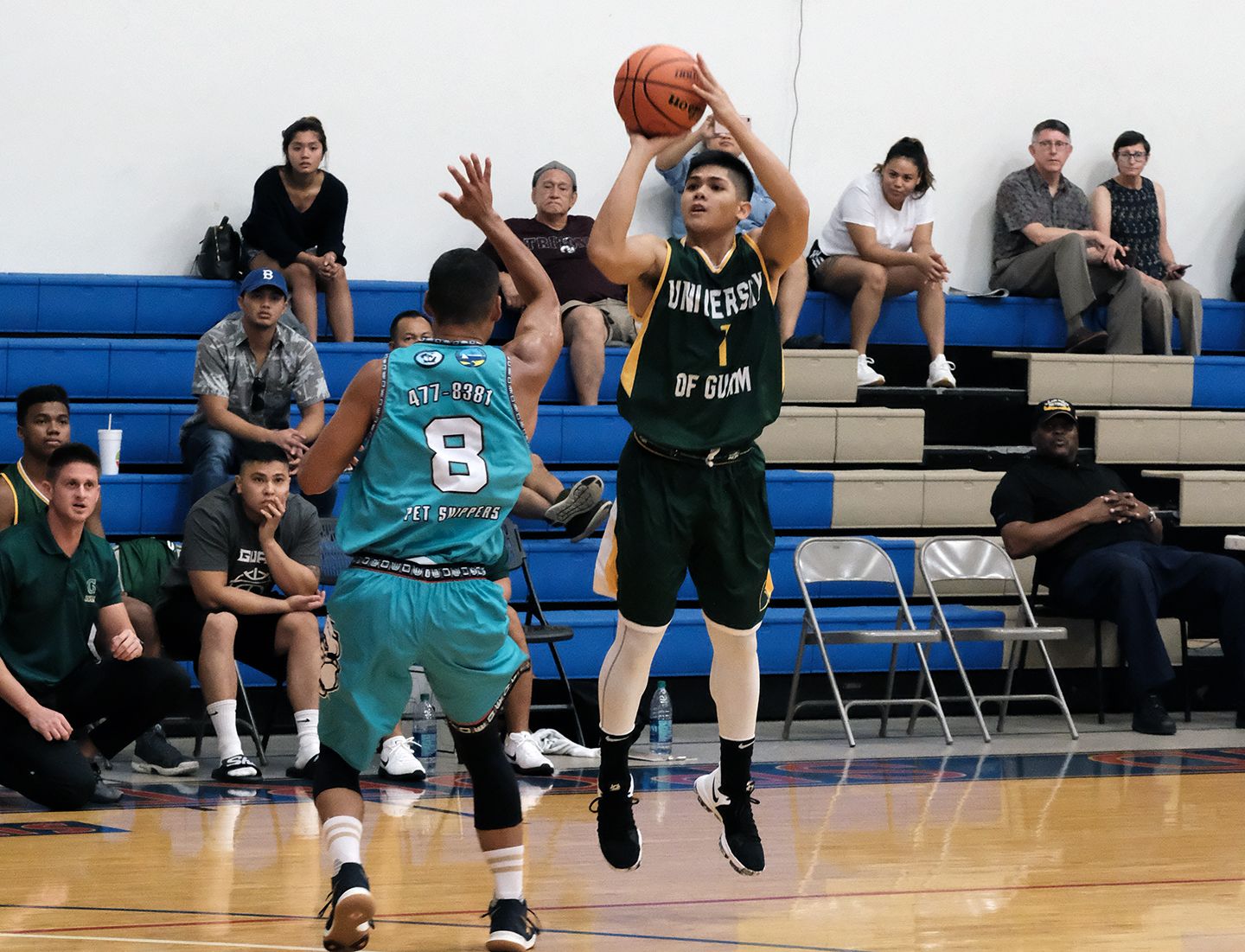 A.J. Carlos takes a shot against the Bulldogs in the previous UOG game as UOG President Thomas W. Krise and his wife, Patricia, watch in background.

The University of Guam Men's Basketball Team lost 105-91 on Oct. 13 to MacTech at the Coral Reef Recreation Center on Andersen Air Force Base in the Bombers Basketball League.

The UOG Tritons kept the game close in the first quarter, trailing only by two points at the end of the first 10 minutes 21-19. The MacTech Techsters were able to push their advantage up in the second quarter to lead 52-43 at half-time.

MacTech dominated the third period and moved their lead to 15 points after 30 minutes of play, 80-65.

In the fourth period, the Tritons rallied to cut the lead to six points with three minutes left and had the ball, but a turnover and a MacTech fast break pushed the lead back to eight points, and the Tritons lost their momentum and never reduced the MacTech lead again, losing the game 105-91.

UOG is now 0-3 at the mid-season mark for the Bomber League and begins the second half of the regular season against the host Andersen Bombers at 3:30 p.m. next Saturday, Oct. 20. The Tritons lost 101-75 to the Bombers on opening day of the league.