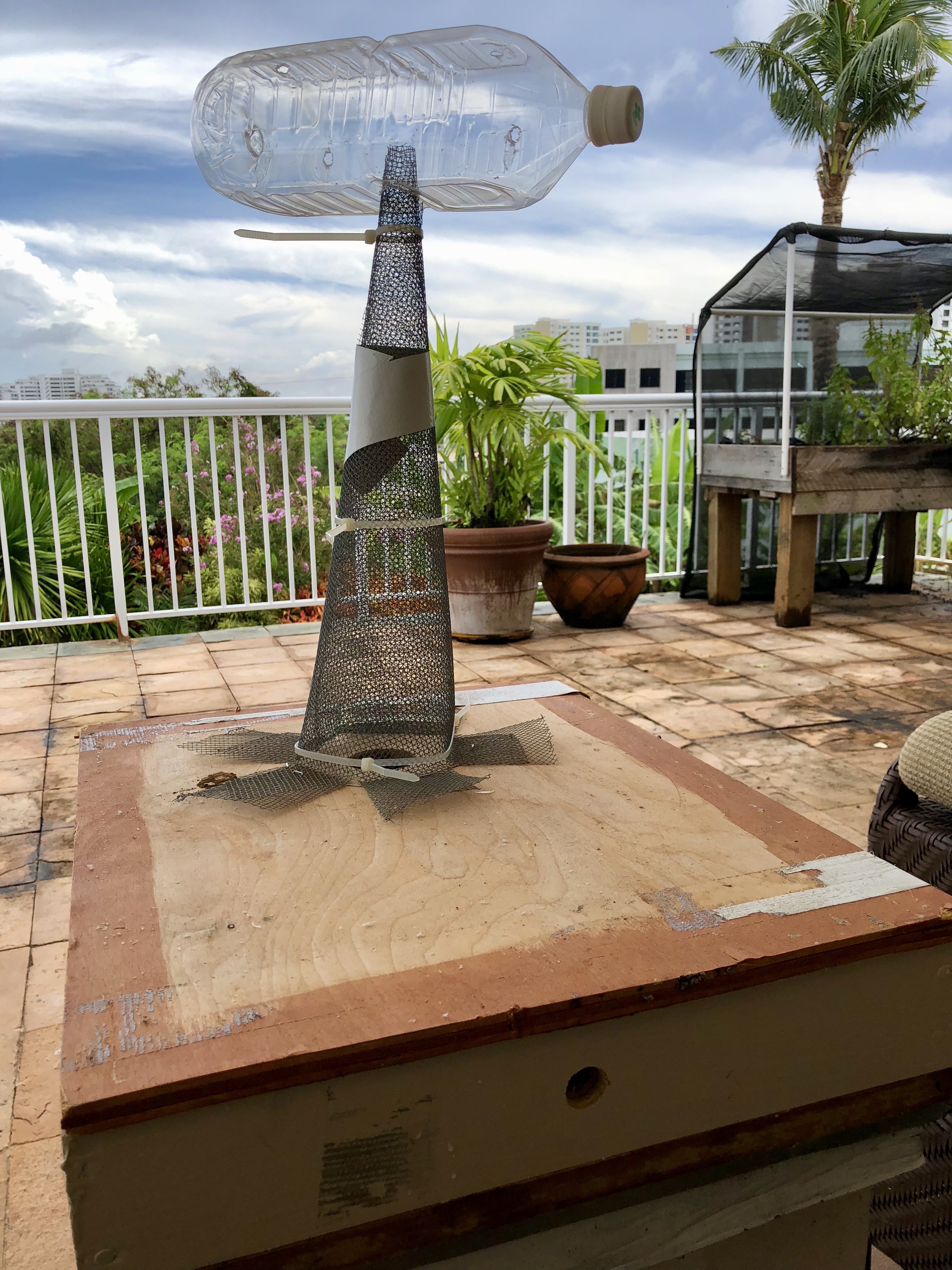 Entomologists and a graduate student from the University of Guam will be heading to the Entomological Society of America annual meeting from Nov. 11–14 in Vancouver, Canada, with a specific purpose. They will be presenting on the threat of the greater banded hornet, an invasive species in Guam from Asia that has been observed to kill entire colonies of bees. They will also be looking to connect with specialists who can offer any assistance.

“This hornet poses a serious threat to beekeepers in Hawaii and the U.S. mainland, should it arrive there. Since it is on Guam, the chances of that happening are quite high,” said Ross Miller, a UOG professor of entomology and researcher at UOG’s Western Pacific Tropical Research Center.

Miller will be attending the meeting along with Associate Professor Aubrey Moore and graduate student Chris Rosario, who also serves as president of the Guam Beekeepers Association.

“When master beekeeper Paul Packbier opened a hive under attack by the hornet, he found over 30 hornets inside the hive. All the bees were dead,” Rosario said. 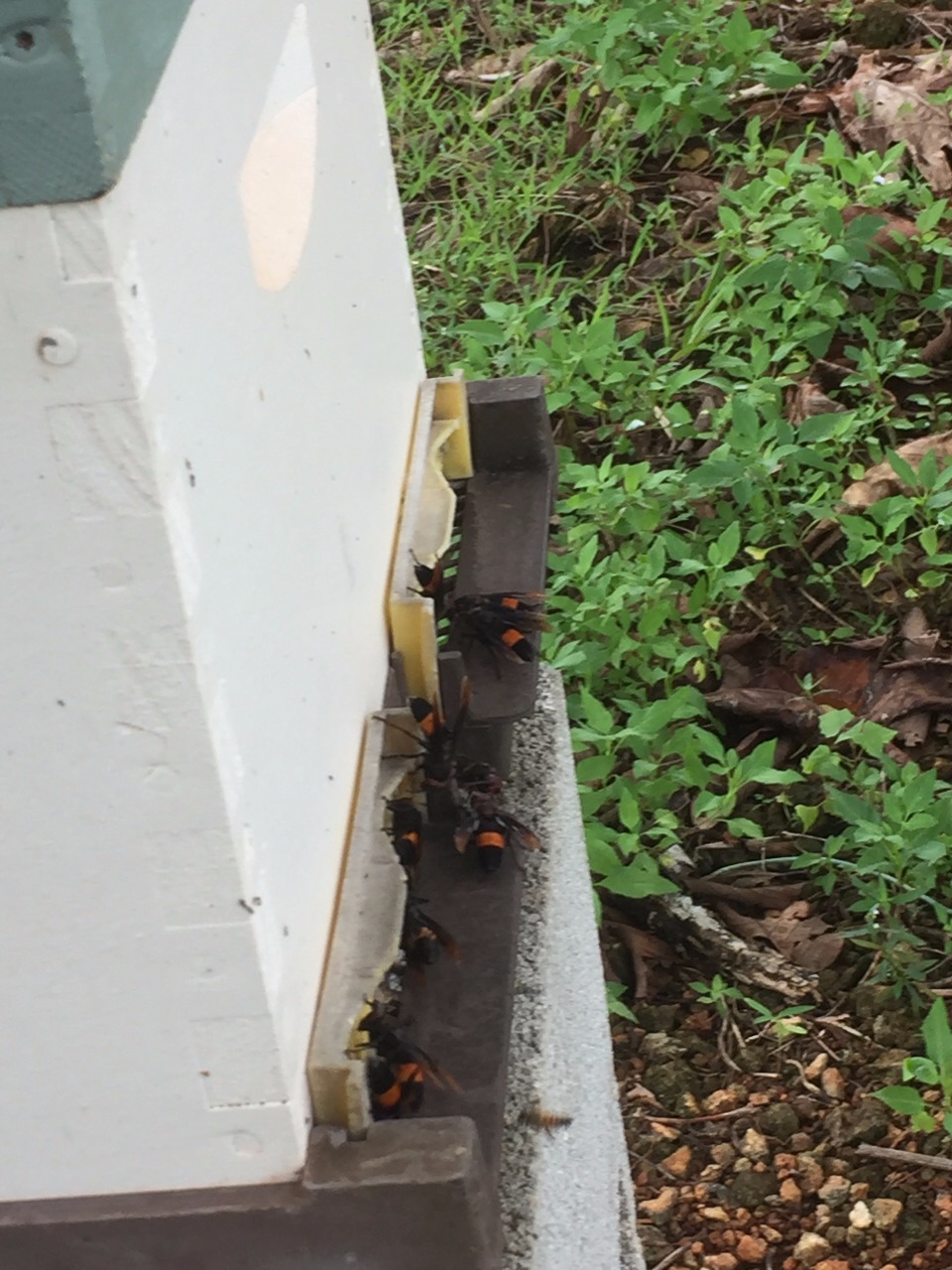 Rosario meets regularly with beekeepers around the island, and many have reported seeing the greater banded hornet kill bees and, in several instances, wipe out entire hives.

“The most heartbreaking evidence of the greater banded hornet’s destructive impact is seeing the mostly empty combs of feral (wild) beehives around the island,” Packbier said. “Without the relative protection of the wooden hives we beekeepers provide, the bees are defense-less and the hornets can wipe out a colony in a matter of days.”

The hornets were first recorded on Guam by the UOG Entomology Lab on July 12, 2016, but it is unclear how the hornet came to the island or exactly when it arrived.

Rosario is developing a grant proposal to fund the management of Vespa tropica. Meanwhile, Packbier has been designing and experimenting with prototype hornet traps.

“After doing some research, I found that beekeepers in Europe have issues with hornets as an invasive species and have been working on effective traps,” Packbier said. “Unfortunately, a company that has developed a promising design does not ship to Guam, so I am in the process of designing a trap for use here.”

Rosario has been experimenting with trap designs as well, which not only exclude the hornets from the beehives, but also trap them while allowing bees to enter the hive.

The Guam Department of Agriculture, Biosecurity Division can also be contacted for greater banded hornet nest sightings at 475-PEST or 475-1427.

No items to display