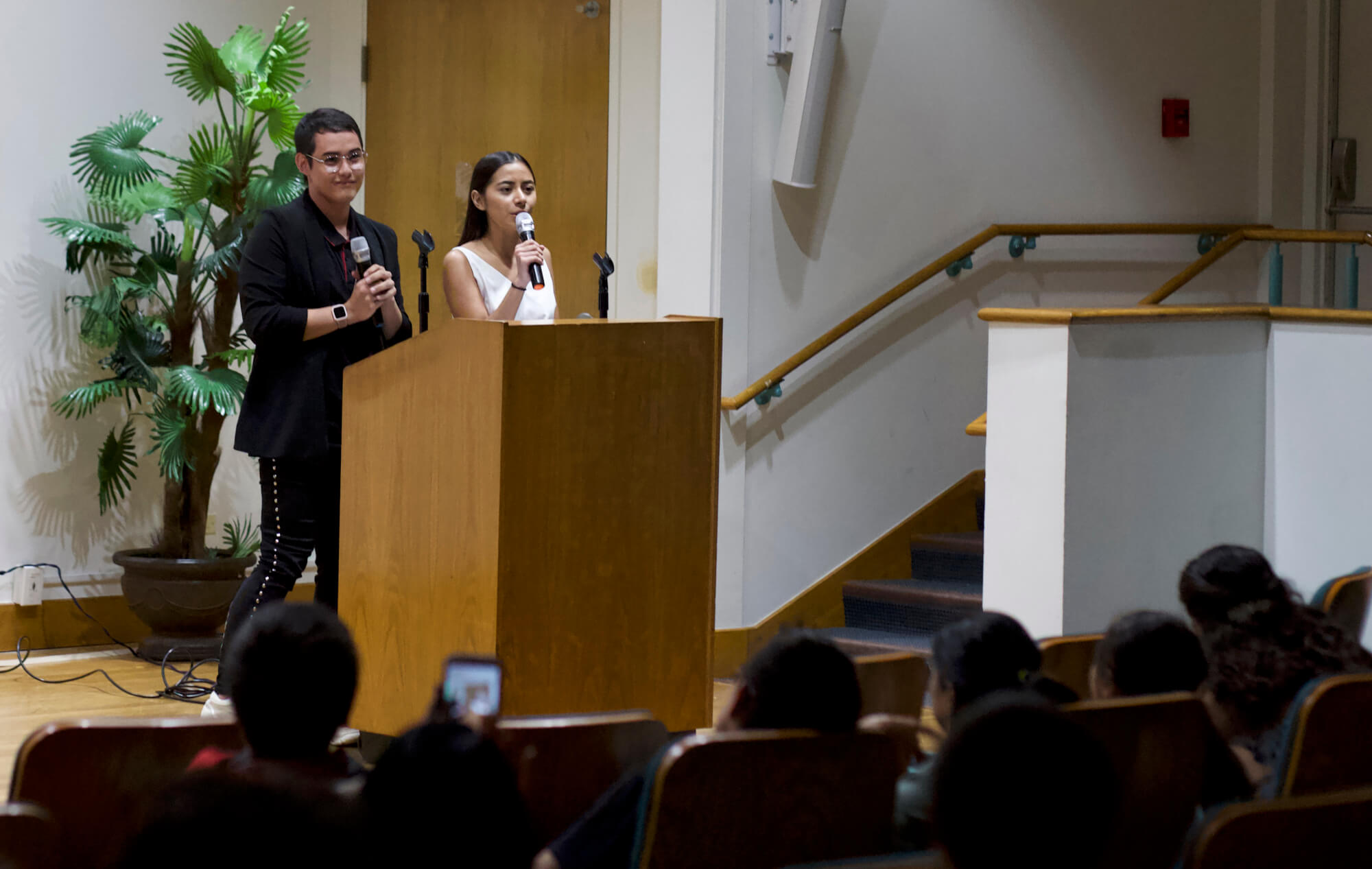 On May 10, the Fifth Annual University of Guam Film Festival brought more than 150 film enthusiasts and student filmmakers from all over the island, including high school entrants — a first for the festival — to celebrate and promote the art of film production. Of the 29 films that were submitted and shown, six took home awards.

The UOG Film Festival was created to create excitement about filmmaking in Guam, to showcase student work, and to encourage local high schoolers to consider pursuing it as a career field. The festival committee, led this year by UOG senior Shannon Ada, is entirely student-run under the guidance of Associate Professor of Communication Raymond Anderson.

“The festival allows the community on Guam to see the potential for film and is a nice dovetail to the growing interest in the Guam International Film Festival on island,” Anderson said.

This year was the first year the festival invited local high school students to contribute their work. Two high schoolers participated in the 96-hour Film Challenge category, where they were given a theme and 96 hours to write, shoot, edit, and produce a film. The winning film, “From Now On,” earned high school student filmmakers Alyssa Dumlao and Ronald Fuellas a check for $300.

Another notable win was the film “Left on Read” by UOG junior Keanno Fausto, which took home the prize among 11 entrants in the Narrative Film category as well as the Audience Choice award.

"The film festival was such an important experience for me, the entire Independent Filmmaking class, and the cast because it was something that we have been pouring our hard work into for the past four to five months," Fausto said. "I am grateful that the script was able to be translated onto the screen as well as how the judges and audience members were able to relate to the characters and their stories."

Fausto used a high-end professional digital cinema camera by manufacturer Red. Through a partnership with New York–based CHamoru filmmaker Michael Hechanova, the camera has been used in various film houses on Guam until it landed at UOG, where Fausto was the first on island to use it to make his award-winning film. One student film will be chosen every year moving forward to be filmed using the Red camera.