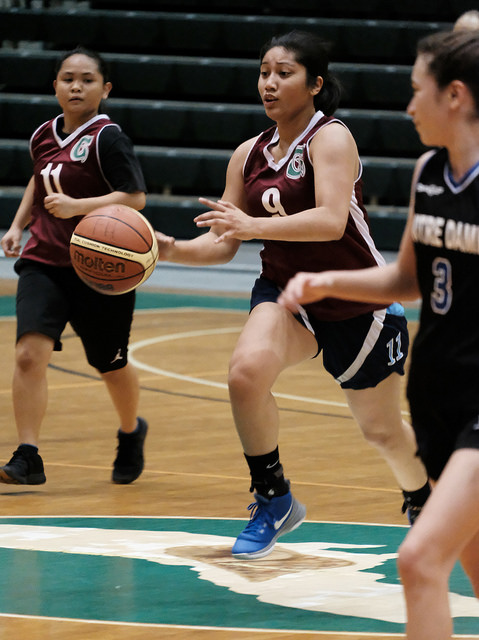 The four-team league will consist of:

The Lady Tridents will open the season against Guam Community College at 6:15 p.m. on Tuesday, Jan. 29, in the UOG Calvo Field House.

The Fuetsa Basketball Club is the defending champion of the league (10-0 in first season). Guam Community College finished second in the first season with a record of 7-3. The Tridents went 2-7 in their first season.

Each team will play six games in the double round robin regular season, and there will be a single elimination championship tournament at the end of the regular season.

The league will play the first five games of the season quickly to start out the season in late January and early February, then the league will have a two-week break. The final regular season game and the playoff rounds will be played in early March.

The UOG Tridents club team is intended to become the UOG Tritons varsity team for the 2019-2020 academic year.

For those UOG students who wish to join the Tridents, please contact the UOG Recreation Office at (671) 735-2383. The only requirement to play for the Tridents is to be taking at least one UOG class in the Fañomnåkan 2019 semester.