Runners line up at the starting line for the University of Guam Annual Charter Day 5K on March 12.

Chris Rasmussen and Jennifer Paz-Pulmones, both in the master division (ages 40-49), won the 5K races for the men’s and women’s divisions with times of 18:46 and 25:29, respectively, and Matthew Leon Guerrero, in the youth division (ages 13 and below), won the 2K event with a time of 13:42.

The race is part of UOG’s Annual Charter Day event, which is the university’s largest public event, welcoming more than 5,000 people to the campus to celebrate UOG’s continued commitment to excellence in academics, research, and service. This year marked the university’s 51st anniversary since the signing of its charter. 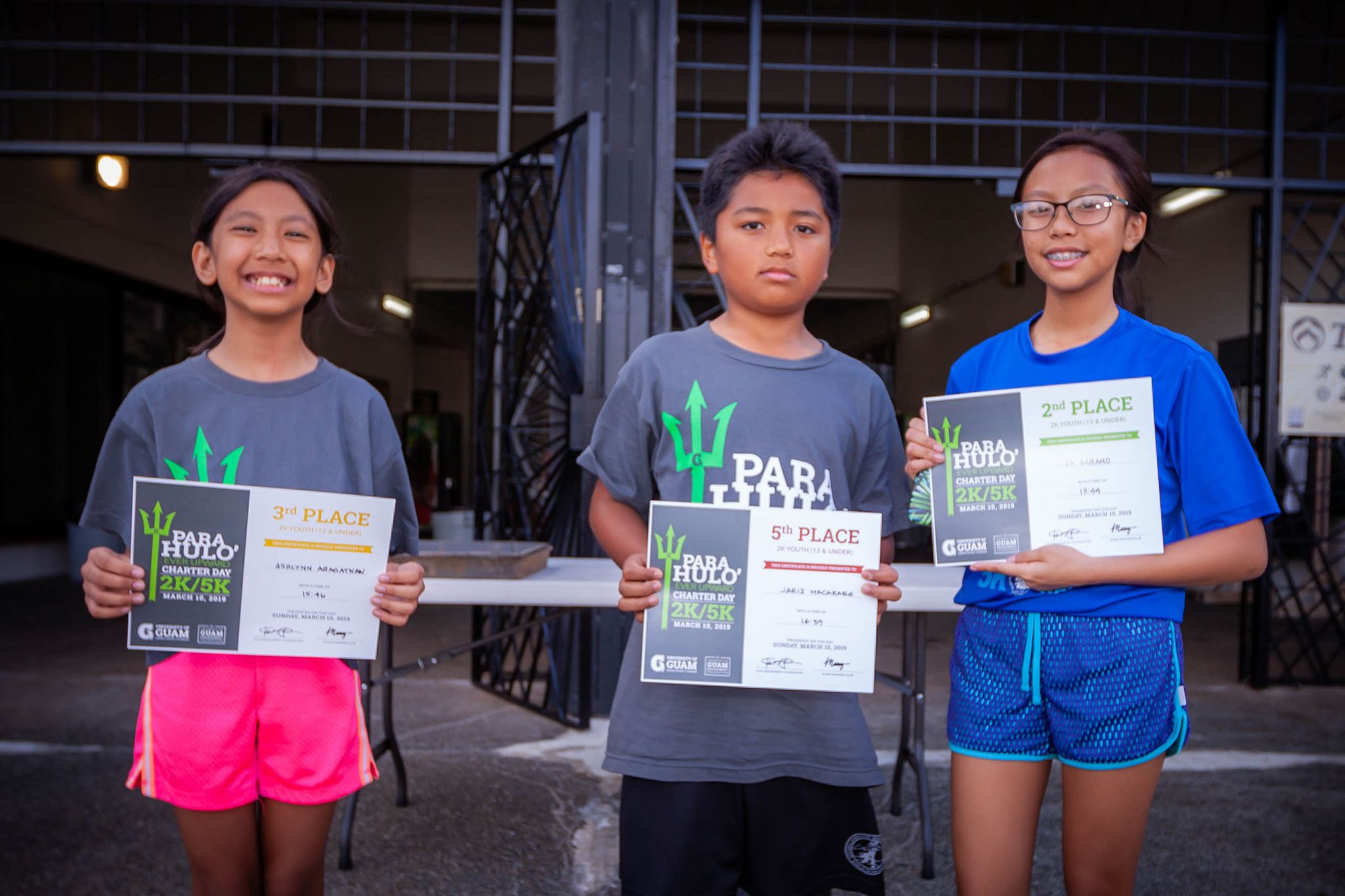 Matthew Leon Guerrero finished first in the 2K with a time of 13:42.

The top finishers in the 5K Men’s Master Division. (From left) Chris Rasmussen and Paulo Philamon. Rasmussen was also the top male and top overall finisher. 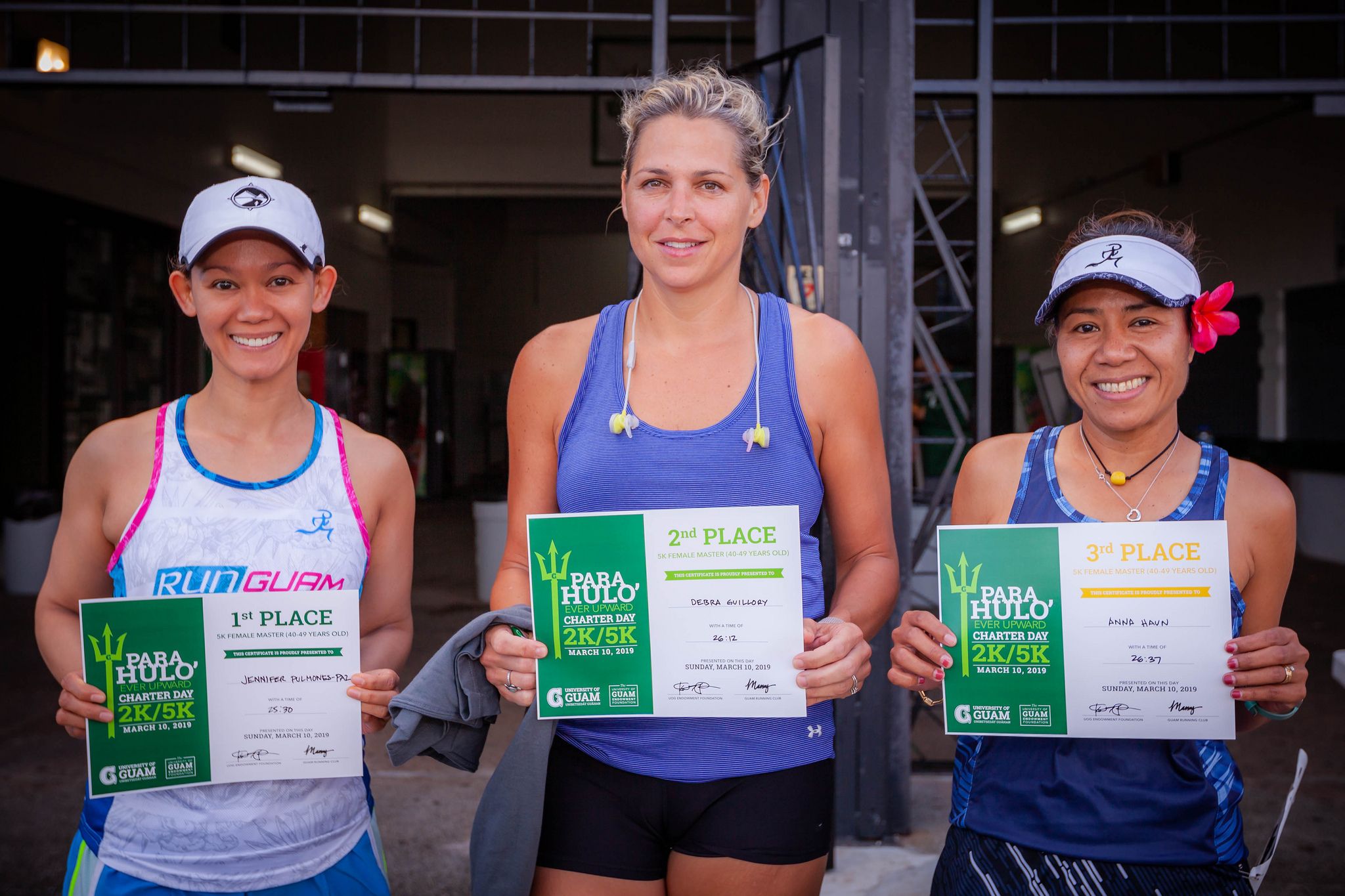