A new research product of the University of Guam Regional Center for Public Policy is the first attempt to measure the public’s perception of corruption in Guam. The report, titled the "Guam Corruption Perception Report," delivers the results of a 2015 survey of Guam residents on their concerns about government corruption and their confidence that it can be reduced.

“What does this report do?” Gena A. Rojas, an extension agent and assistant professor at UOG, asked at the Jan. 30 release of the report. “It’s a place to start a dialog.”

Rojas was a co-author of the report along with Professor of Economics Maria Claret M. Ruane, alumna Luisa V. Tenorio, and undergraduate students Daniel Cayanan, Jun-Patrick Salalila, and Christian Valencia. The survey was conducted by the School of Business & Public Administration’s Master of Public Administration program.

What the survey found

The survey found that two-thirds of respondents believed that corruption was a very serious problem in Guam from 2013 to 2015 and that corruption levels have increased from 2005 to 2015. The political parties were identified as the group believed to be most affected by corruption, while religious and military institutions and non-profit organizations were viewed as the least corrupt. These results may have shifted following news stories that happened after 2015, Ruane pointed out, and the next survey may indicate that.

Guam compared to other countries 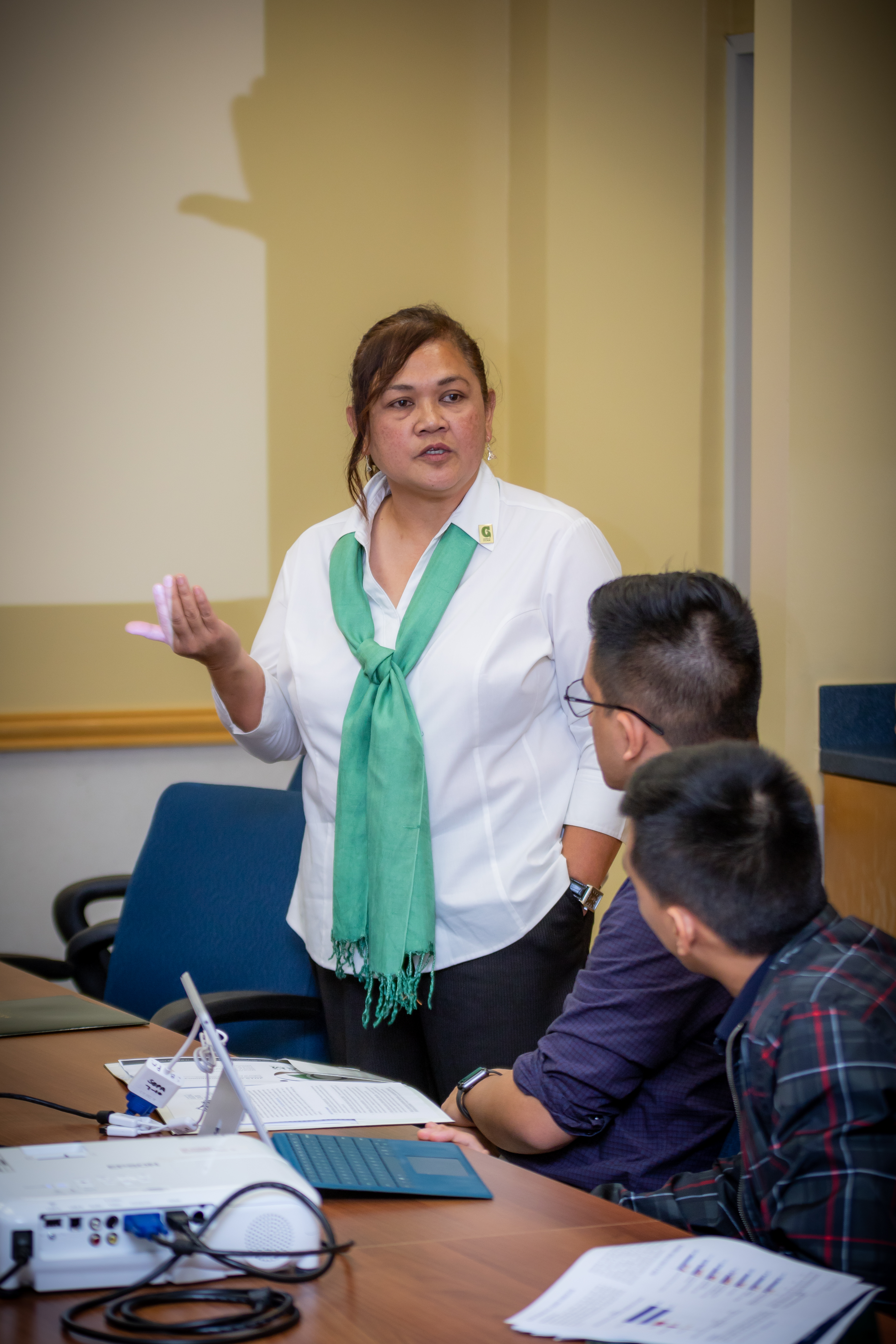 rvey questions were in line with surveys conducted by Transparency International, a global anti-corruption coalition, in order to make the results easily comparable against more than 100 other countries. In general, Guam ranks in the middle of the group of countries. Compared to the United States, Guam fared better in some questions, but generally the federal government located in Guam was viewed as less corrupt by the respondents.

“Maybe what that means is that the mechanism to guard against corruption is stronger in the federal government than in GovGuam,” Ruane said, “and that’s where there’s room for improvement.”

The authors made clear that the report is not an indicator of actual corruption, but a report on the public’s perception of corruption.

“We’re definitely not measuring the level of corruption in GovGuam, and I think we make that very clear. This is the perception, and perception is affected by many things,” Rojas said. “Perceptions begin to change as level of information is provided or what their knowledge is to the issue.”

Use of the report going forward

The report states that its aim is to provide the public with a deeper understanding of the loss of public trust in government, start a dialog, and empower citizens to report corruption incidences and hold the government accountable.

Whether the current or future administrations use the report to make policy changes throughout the branches of government, Rojas said, “We hope that they do. There are many discussions about the best way to do that, but I hope that it does spark some movement.”

The “Guam Corruption Perception Report” may be viewed here.