This was the prediction that came out of a federally funded U.S. Geological Survey study published on Sept. 30 that evaluates water resources on the island’s U.S. Department of Defense installations to determine how climate change and sea-level rise will affect freshwater availability.

The University of Guam, through the research of John W. Jenson, director of UOG’s Water and Environmental Research Institute of the Western Pacific and professor of hydrogeology, was a key contributor of the report along with U.S. Geological Survey’s Pacific Islands Water Science Center, the University of Hawai'i, The University of Texas, and the East-West Center. 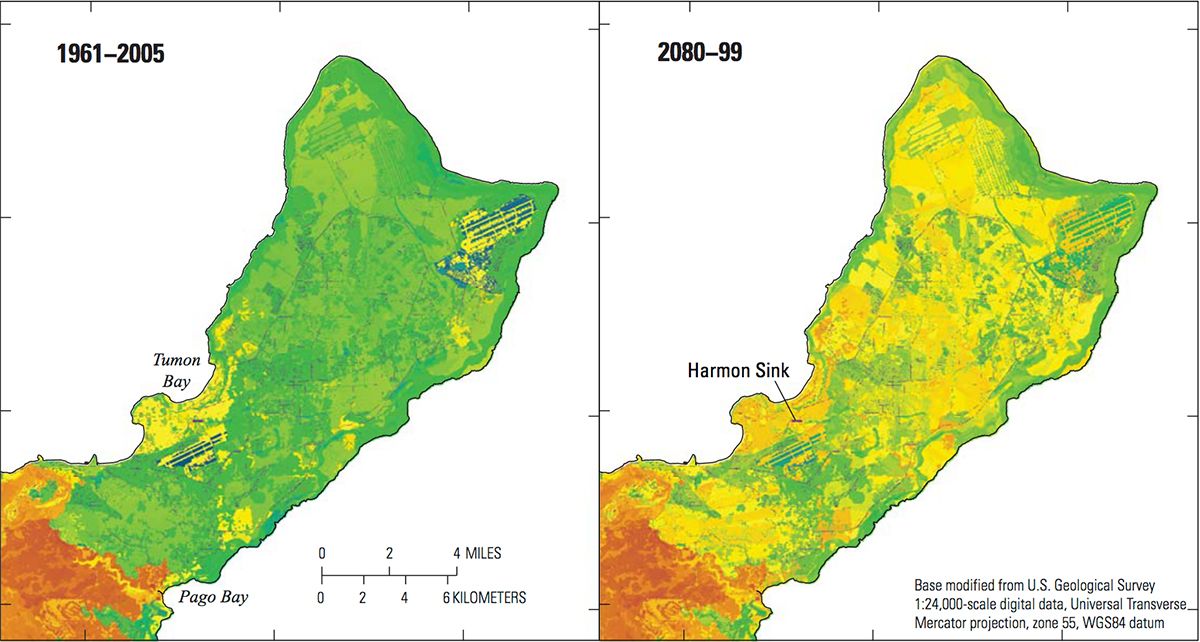 The study examines Guam’s main freshwater resources — the Northern Guam Lens Aquifer and the Fena Valley Reservoir — and their sources of intake, from streams to groundwater. Using Guam’s climate history and future climate conditions informed by global climate models, the study noted several key projections for the future period of 2080–2099:

The study also recommends proactive strategies to mitigate the impacts, including lowering the water-supply intake elevation of Fena Valley Reservoir and increasing the height of the reservoir’s spillway to increase its storage capacity.

The downscaled climate models used in the study were funded by the UOG Pacific Islands Climate Adaptation Science Center, which also partially funded the report contributions made by Jenson and another a co-author.

“We are always willing to assist with critical research that can provide a glimpse of how Guam will be affected by a changing climate and sea-level rise,” said Romina King, program director of the UOG Pacific Islands Climate Adaptation Science Center and vice chair of the Climate Change Resiliency Commission established this year by the governor. “We support actionable science to better inform policymakers, water resource managers, and natural managers so that Guam can better adapt to this global phenomenon.”

The study was initiated and funded primarily through the Strategic Environmental Research and Development Program of the U.S. Department of Defense.

The complete report and datasets detailing the projections and recommended courses of action can be found at https://pubs.er.usgs.gov/publication/sir20195095.