The University of Guam today conferred degrees to 246 graduates at its Fanuchånan 2020 Commencement Ceremony. With 85 receiving master’s degrees, it was the largest number of master’s degrees ever conferred by the university in a semester, more than half of which were in education specializations. Bachelor’s degrees totaled 161, the majority coming from the School of Business and Public Administration.

The ceremony took place virtually and will remain accessible for viewing on the UOG Facebook page at www.facebook.com/UniversityofGuam.

“I don’t have to tell this audience that these are unprecedented times and that we’re all living through a historic challenge,” said UOG President Thomas W. Krise. “But this class of graduates of the University of Guam has been resilient and flexible and supportive in the spirit of the CHamoru values of chinchule’ and inafa’maolek.”

Class valedictorian Maya D. Nanpei expressed how she found a sense of belonging and support at UOG that helped her overcome the ADHD she had struggled with in high school.

“I hope that we leave our time at UOG feeling like we belonged to something outside of ourselves and use that feeling to inspire us in future endeavors,” she said.

She said graduating during a pandemic was a challenge “in a league of its own.” As an English literature major, she said she hopes that her fellow graduates are able to find words to keep them connected with the people who matter most.

“… My time as a Triton, specifically in the English program, has taught me that words are truly what bind people together. This is especially true in our current situation, as the only way to safely express our love for one another is through words.”

Keynote hopes grads ‘claim a seat at the table’

The keynote speech was delivered by Dr. Edison P. Manaloto, a two-time UOG alumnus and the 2006 UOG valedictorian who this year returned to Guam as a medical doctor at Guam Regional Medical City.

As an undergraduate, he said he proclaimed in one class that in five years, he would hold a bachelor’s degree, a master’s degree, and become a Certified Public Accountant, but he remembers some of his classmates were not dreaming as big.

“The problem was not a lack of talent or skill – that is abundant – but an inherent fear to dream and to dream big. Looking back, I realized a false sense of insecurity that surrounds many of our island’s youth growing up. … Many fail to see their own uniqueness and talents. They fail to claim what is rightfully theirs, which is a seat at the table.”

Manaloto earned his bachelor’s in accounting in 2006, a master’s in public administration in 2007, both from the University of Guam, and became a Certified Public Accountant in 2008 as well as a Certified Governmental Financial Manager. Later, seeing the pressing need for medical professionals in Guam, he applied for medical school at De La Salle Health Sciences Institute in the Philippines and became a Doctor of Medicine in 2015 and completed his residency at the University of Hawaii this past June.

The ceremony also recognized two honorary degree recipients, awarded by the UOG Board of Regents.

“Receiving an honorary degree shows that these individuals have not only become experts in their fields, but have earned the respect of our community and made long-lasting contributions to society,” Krise said.

Rosalia Fejeran Mateo, a master traditional healer — or Yo’åmte — for 64 years and one of the few remaining indigenous experts in her field, received the honorary degree of Master of Micronesian Traditional Knowledge. Better known as “Mama Chai,” she has healed thousands of clients through herbal medicine and massage and was instrumental in opening Guam’s first Traditional Healing Center at Sagan Kotturan Chamorro in 2016.

Rlene S. Steffy was awarded an honorary Doctor of Humane Letters degree. Steffy is a mass communications specialist of 42 years with a diverse career as a writer, journalist, talk show host, and documentarian. She has come to be considered one of the leading oral-history practitioners in the region, capturing the experiences of war survivors, community leaders, and traditional knowledge experts throughout Micronesia. 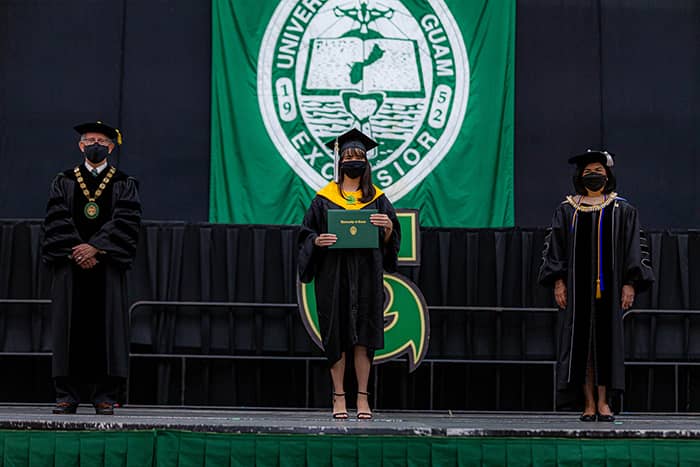 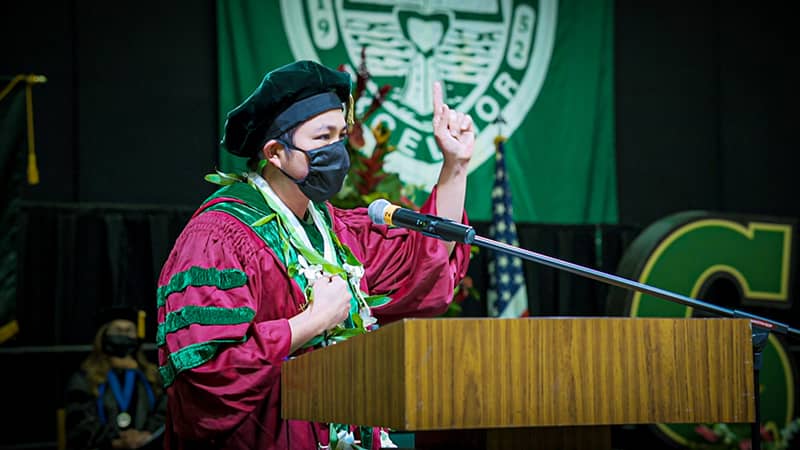 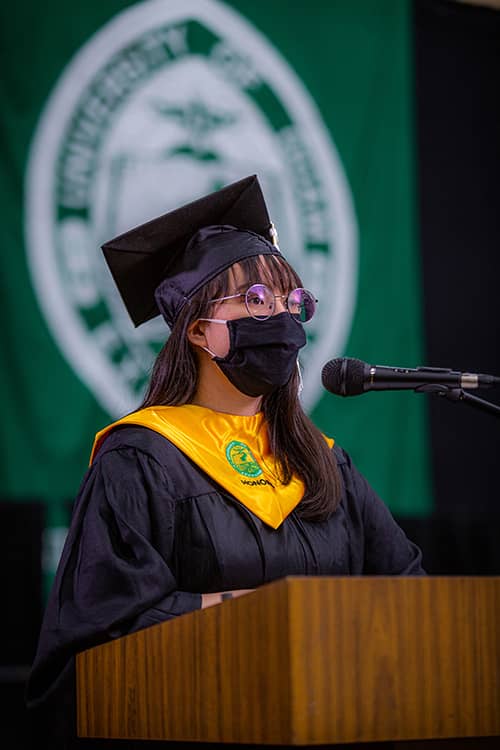 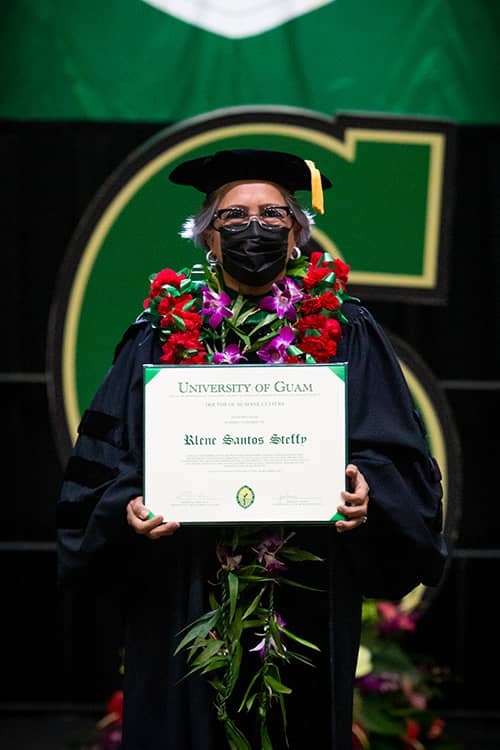 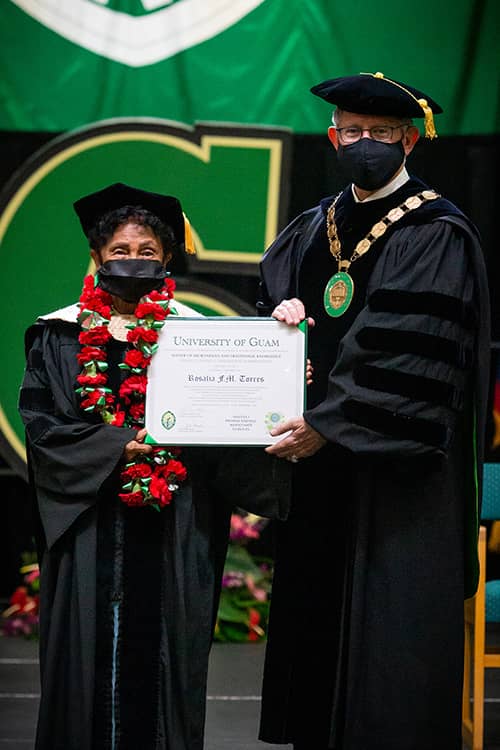