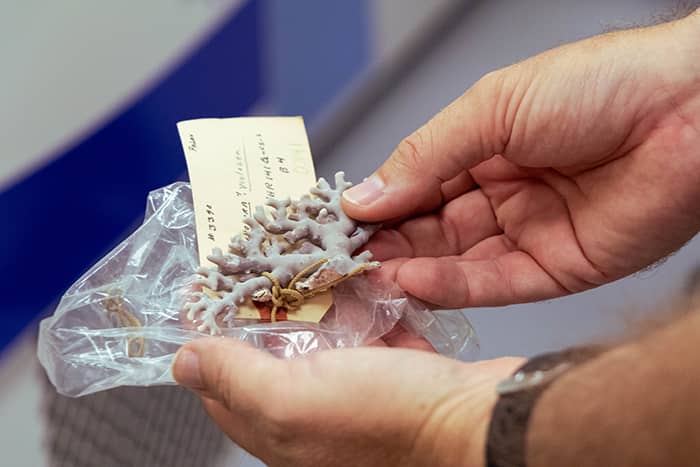 A piece of coral is tagged with a specimen number and its species name. 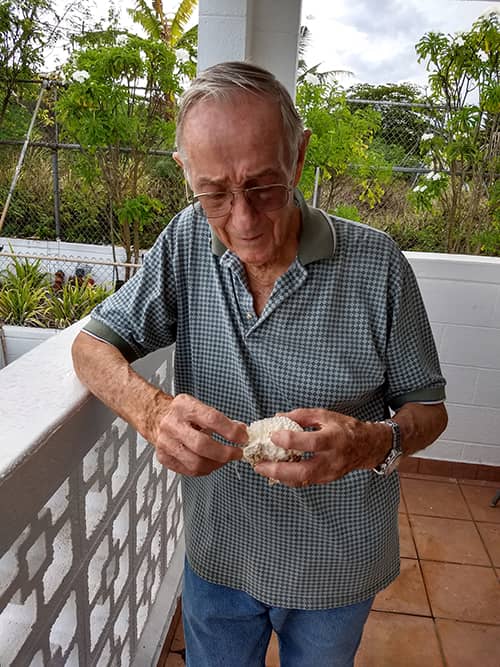 UOG Professor Emeritus of Marine Biology Richard Randall holds a coral specimen from his private collection that may be an undescribed species. 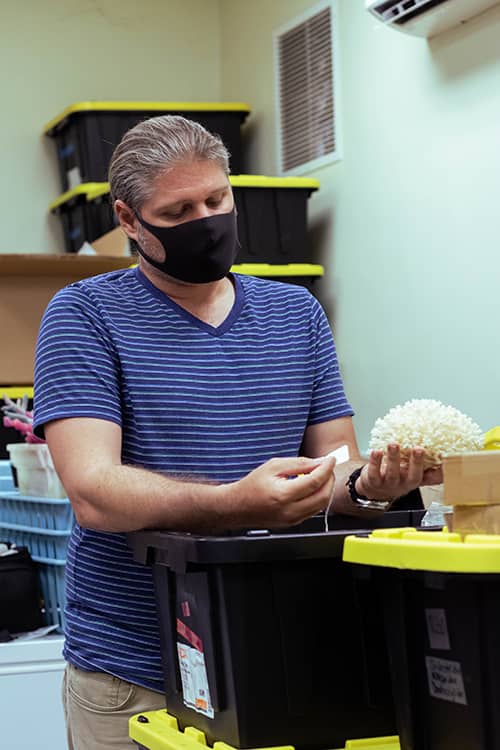 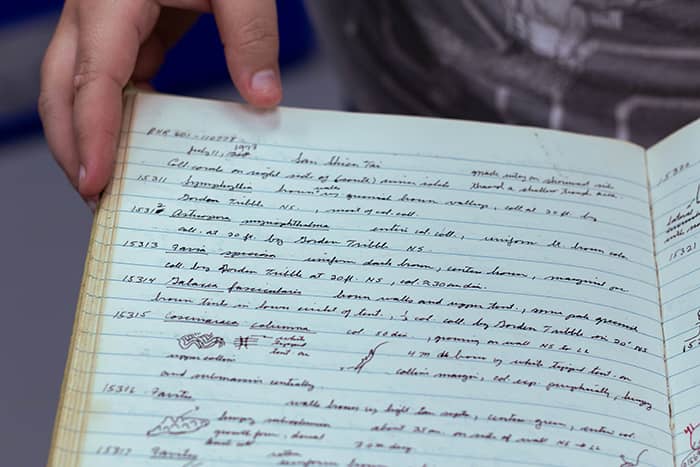 UOG Professor Emeritus Richard Randall wrote detailed descriptions of each of the specimens in his collection in dozens of notebooks. 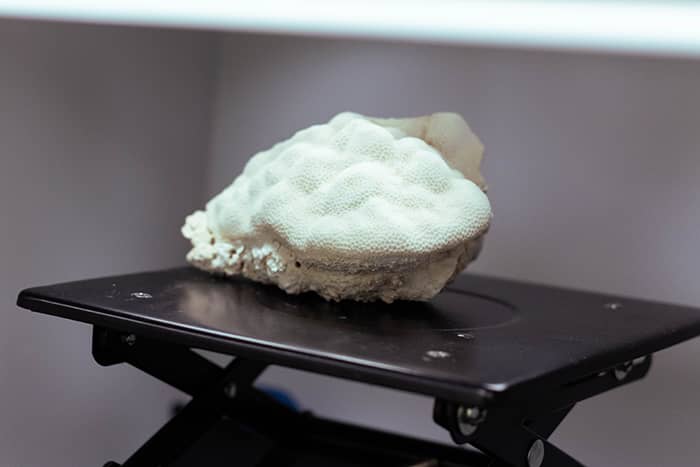 A coral specimen is photographed in the GECCO Biorepository at the UOG Marine Laboratory. Its photo and data will be uploaded to the facility’s website.
❮
❯

A biorepository of Micronesian marine specimens at the University of Guam Marine Laboratory is welcoming its largest addition yet — a private collection of around 30,000 coral specimens from Richard Randall, a UOG professor emeritus of marine biology.

The facility — the Guam Ecosystems Collaboratorium for Corals and Oceans (GECCO) Biorepository — is both a physical and cyber warehouse of records and images that is operated by the Guam EPSCoR program, which is funded by the National Science Foundation.

Randall’s collection includes specimens from Guam and throughout the Pacific and reflects the 56 years he spent at the UOG Marine Laboratory researching coral reef biology and geology.

“It’s an impressive collection that’s really important for us to take care of and share with the world and try to use it to provide an impetus for collaborative research,” said David Burdick, the biorepository’s collections manager.

During the late 1960s, Randall witnessed the first crown-of-thorns starfish outbreak in Guam and managed to retrieve a few coral samples before they were eaten. He claims some of the specimens in his collection may be new species, and others may no longer exist.

“In some cases, if he’s described a new species, we’d have to publish in a book or a journal about it [to officially establish it as a new species],” Burdick said. “I feel like we’re always trying to play catch-up trying to understand more about these organisms before we lose some of them.”

Randall took meticulous field notes about each of the specimens, Burdick said.

“He recorded an unusual amount of data, like where it was living, its name, and how much light it was exposed to, and how that may have influenced its shape. That information can help us understand their habitat requirements and discern between similar species,” Burdick said.

So far, the facility has received less than one-tenth of the collection, and it may take years to catalog each item and upload them to the GECCO Biorepository’s online database.

“Right now, we’re going through all of the coral specimens and cataloging the ones we have,” said Kelsie Ebeling-Whited, the biorepository’s technician. “We log the specimen number, the note number, its species and family. We want that all in a database so that we know what corals we have [in Guam and the region].”

Once the collection has been processed, it will serve as a resource for researchers around the world to reference and better understand the diversity of the corals found in the Pacific. The collection will also be accessible to the public as it’s added to the biorepository’s online database.