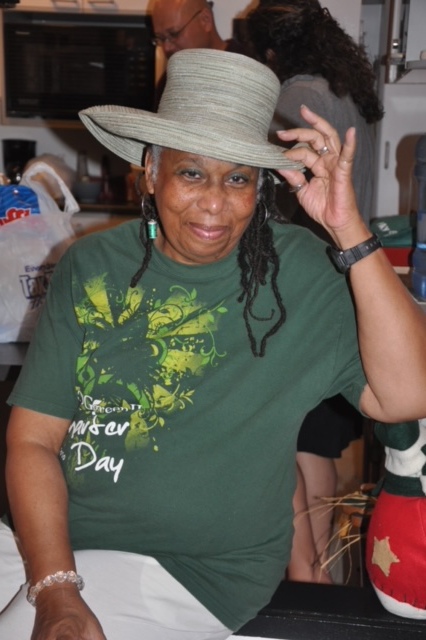 Jacquelyn Cyrus at the university’s Charter Day celebrations in 2010. 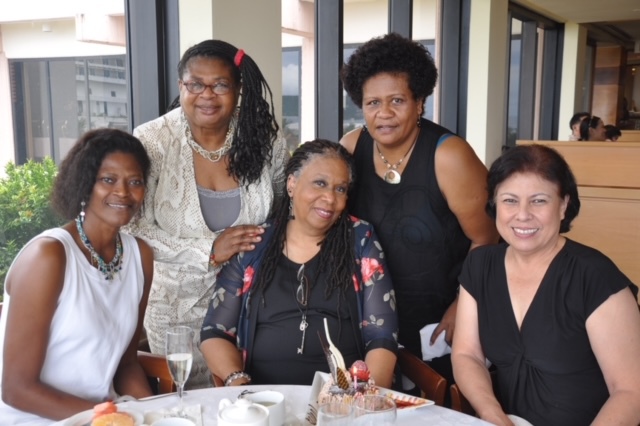 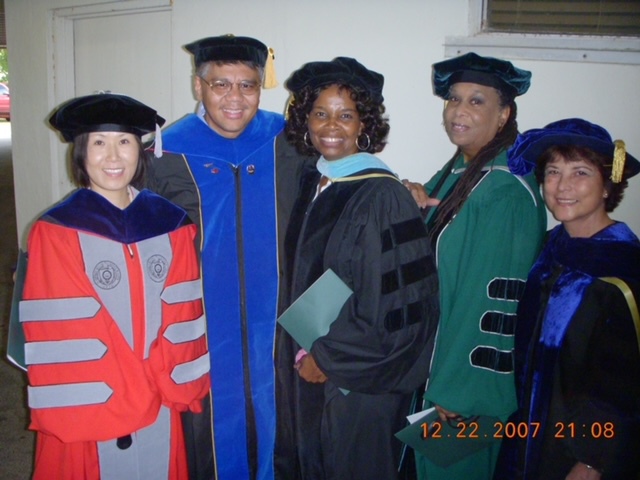 When teachers were forced to shift their lessons to online distance learning due to the global pandemic, former education students of Jacqueline D. Cyrus were ahead of the game. The assistant professor of instructional technology in the School of Education has been familiarizing future educators with more than 100 different IT tools since long before the pandemic made them mandatory.

“My students were introduced to Zoom four to five years ago, so hopefully they will remember me for being introduced to these tools and how to seamlessly use them in their curriculum,” Cyrus said.

After 15 years as faculty at UOG, Cyrus announced her retirement in September.

During her time at the university, she taught information technology, English as a second language, and special education to undergraduate students pursuing degrees in education and to graduate students, some of whom were already teaching and wanted to incorporate more technology into their curriculum.

An ideal adventure
The former Bay Area resident came to join the Triton family in 2005. Upon finishing her doctorate in instructional technology at Texas Tech University on what Cyrus recalled was a Wednesday, she was on a plane to Guam the following Sunday to begin the next chapter of her life.

“It was an adventure,” she said. “I didn't know anyone who had ever been to Guam.”

The job she would take at the University of Guam was technology-focused, an ideal fit for both her personal interests and academic expertise.

“I was one of the few people in my graduating class whose research was connected to the job. I did most of my work and research in an Apple lab in Texas, and I got to do the same thing here — teach in a Mac lab,” Cyrus said.

Her love of Apple products runs deep, in fact — enough so that she has named her iPad Adira, a highly intelligent character in “Star Trek Discovery.”

Tools to stay relevant
One of Cyrus’s greatest joys in her career was helping teachers from earlier generations overcome the fear of using technology. She was able to focus on just that when she received a grant in 2010 to teach several classes for educators in expanding their technological skillsets.

“There was one woman who was a long-time teacher, and she was terrified of coming to the lab. She was so terrified that her son came with her,” Cyrus said. “By day three, she came by herself and learned how to open her email, respond, and close it. That moment was monumental — not only for me, but for the individual teachers who got to witness these successes.”

Her colleagues at the School of Education will remember her for her nature in moments like these and her genuine desire to help others learn.

“Her peaceful personality, good humor, and willingness to assist her students will be missed by SOE faculty, staff, and students,” said Professor Velma Sablan.

Cyrus brought her expertise to the community in other ways as well, serving on the board of trustees for KPRG FM from 2009 to 2019 and for Guam’s first charter schools, Guahan Academy Charter School, from 2017 to 2020, bringing her extensive knowledge of instructional technology.

‘A job that I loved’
Reflecting on the 15 years she spent at UOG, she never felt the need to relocate.

“I had a job that I loved, and I did what I loved to do. I got to teach in an environment that was friendly and got to work with Macs,” she said. “I had a lot of support and camaraderie with my colleagues. I had a very comfortable 15 years here.”

Now that she is retired, Cyrus will remain in Guam through the summer of 2022 and will be working to finish a sentimental family project.