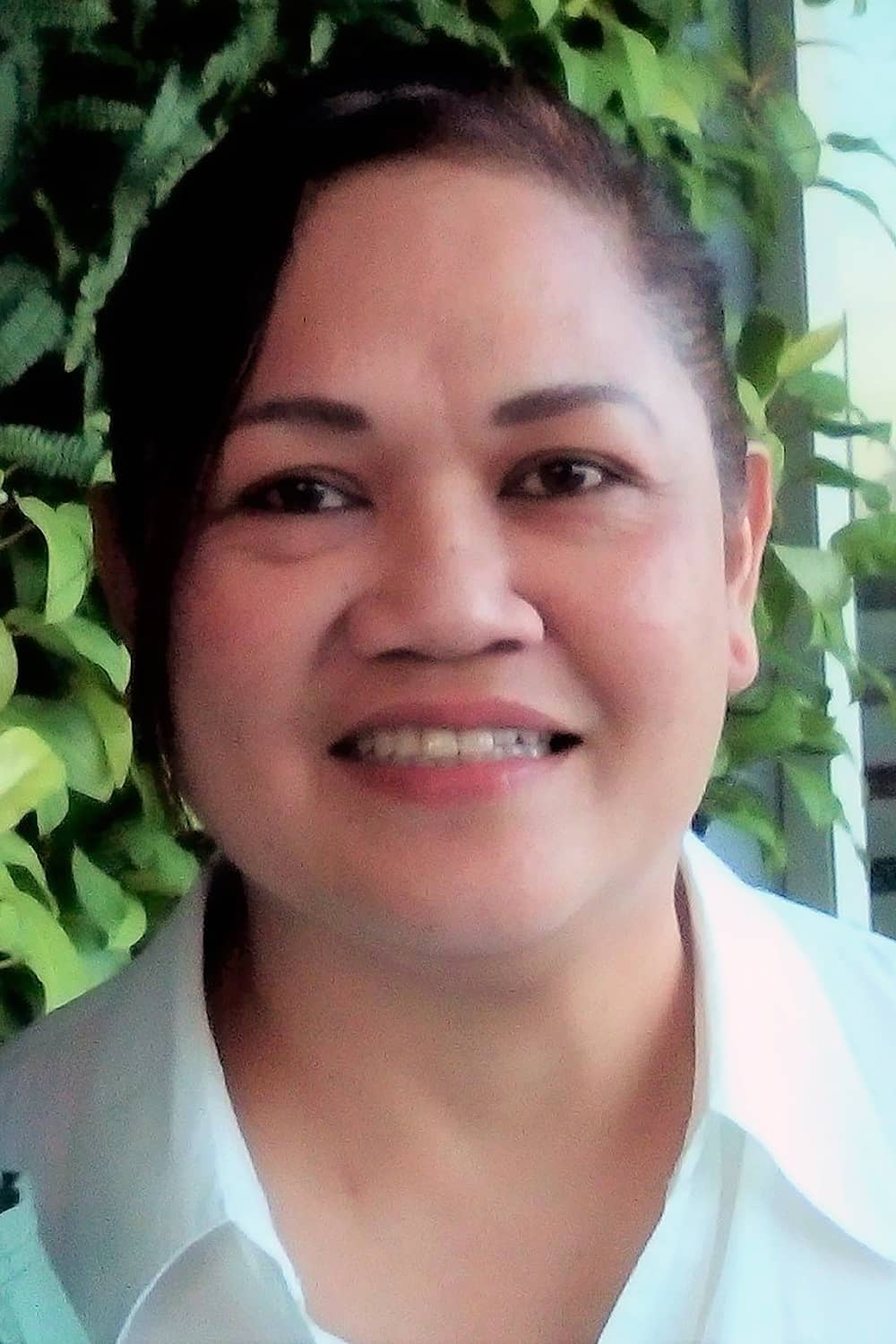 The “2020 Guam Economic Report” released today by economics professor Maria Claret Ruane and a team of faculty, students, and alumni from the School of Business and Public Administration at the University of Guam estimates that Guam’s economy in 2020 will show a retraction between -0.7% and -18.9% but that it could have retracted as much as -49% without federal pandemic assistance.

The estimate foreshadows Guam’s real Gross Domestic Product (GDP) figure for 2020, which may not be released from the Bureau of Economic Analysis under the U.S. Department of Commerce until late 2021or early 2022.

“Guam’s real GDP for 2020 … is expected to decline, which would reflect the economic impact of this COVID-19 pandemic to include the decimation of tourism and the resulting loss of output, income, employment, and tax revenues in other sectors of Guam’s economy,” the report states.

The decline in Guam’s economy compared to 2019 is based on the following factors:

The report notes that the authors could not reference some of the typical primary sources of economic data due to limited or delayed availability. Instead, the team used media reports and educated assumptions based on best practices to produce their own estimates.

“I commend Dr. Ruane and her writing team for producing one of the first reports to analyze the impacts of COVID-19 on our economic landscape,” said Annette T. Santos, dean of the School of Business and Public Administration. “Though faced with limited access to data, the authors — most of whom are students — were able to produce a resource that we hope provides significant public value.”

Santos said the report was an example of the value-added opportunities the business school looks to provide for its students.

“We aim to provide a high return on our students’ investment in higher education,” Santos said, “and this project provided them a valuable experience of working under a senior faculty researcher to analyze a turbulent economic environment and its impact on a small island economy like Guam.”

“The COVID-19 pandemic of 2020 is not just a health crisis. It is an economic crisis and a crisis in self-identity,” Ruane said. “Although the relationship with the U.S. may have limited the island in its response efforts toward COVID-19, Guam received funding and aid from the federal government, which mitigated the economic impact. All factors must be considered when discussing self-determination.”

The report states that “an independent Guam characterized by a weak tourism industry and a lack of new local industries to diversify our current economic structure would [have forced] us to learn to live with much less material security and opportunities than our current relationship with the U.S. affords us, even more so during this pandemic.” 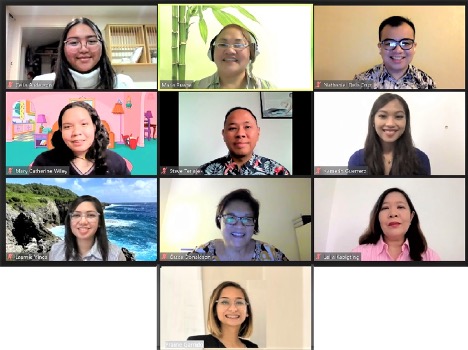 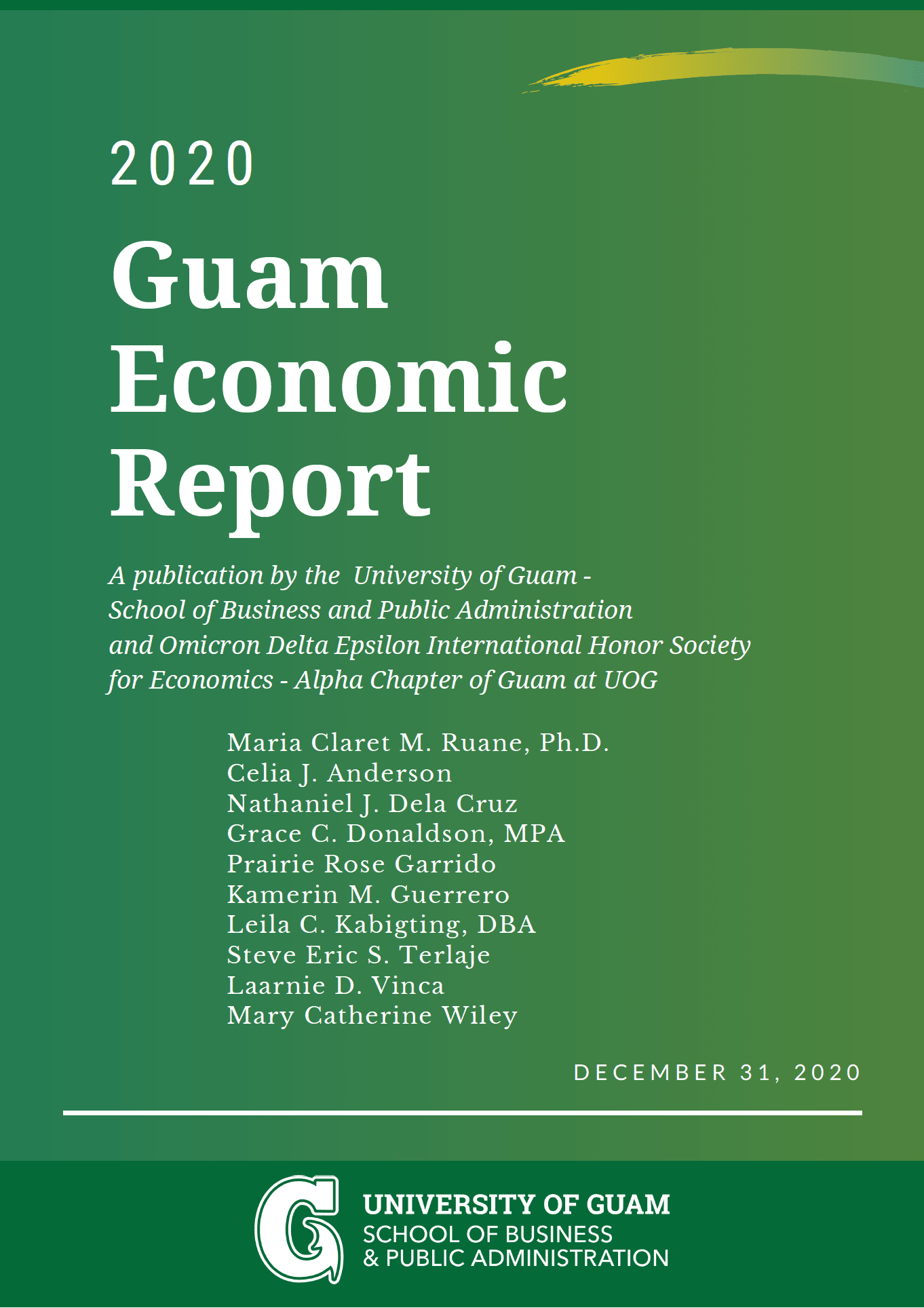