Second Lieutenant Michael Schommer, a December 2019 graduate of the University of Guam’s Army ROTC program who earned the nationwide Army ROTC honor of being a Distinguished Military Graduate, has continued to excel in the year following his graduation and commissioning. Between February and October, Schommer earned multiple distinctions while completing the Infantry Basic Officer Leader Course at the U.S. Army Infantry School at Fort Benning, Ga., and the U.S. Army Ranger School.

Schommer graduated first in his class during the 19-week Infantry Basic Officer Leader Course, earning him the Army Commendation Medal from his infantry leaders. He shot “expert” on his assigned M4 carbine rifle during the course and went on to complete the Bradley Leader Course, which equips leaders to effectively fight and maneuver Bradley Fighting Vehicles.

He also earned the title of “Iron Man” for being the most physically fit in his class.

Finally, Schommer earned the Ranger Tab by completing the 62-day U.S. Army Ranger School, which is billed as “the Army’s toughest course and the premier small-unit tactics and leadership school.” He completed Ranger School events in the forests of Fort Benning, the mountains of Dahlonega, Ga., and the coastal swamp environment of Florida’s panhandle at Eglin Air Force Base.

Schommer expressed gratitude to the ROTC staff at UOG for their guidance and support.

“I took a great deal of knowledge from what I learned at UOG and applied it towards this course. I’m proud to say that I graduated from UOG and will be forever thankful for the ROTC cadre’s hard work and dedication towards the cadets.”

Schommer will now assume duties as an active-duty Mechanized Infantry Platoon leader in Fort Bliss, Texas, where he will be charged with leading 35–40 soldiers and noncommissioned officers. 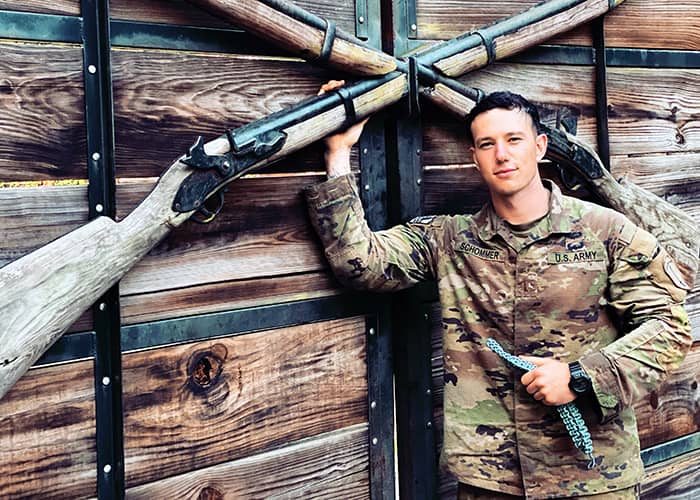 2nd Lt. Michael Schommer, a former University of Guam ROTC cadet, holds the infantry blue cord, a military decoration presented to soldiers upon completing the Infantry Basic Officer Leader Course at Fort Benning, Ga. Schommer graduated from the course in June first in his class in both fitness and academics. Photo courtesy of Michael Schommer 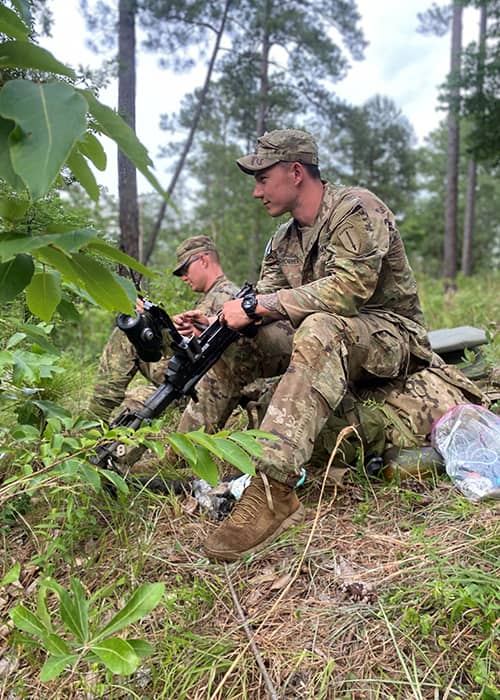 2nd Lt. Michael Schommer, a former University of Guam ROTC cadet, graduated in October from the Army’s Ranger School and will be able to wear the Ranger Tab on his uniform for the remainder of his Army career. Photo courtesy of Michael Schommer 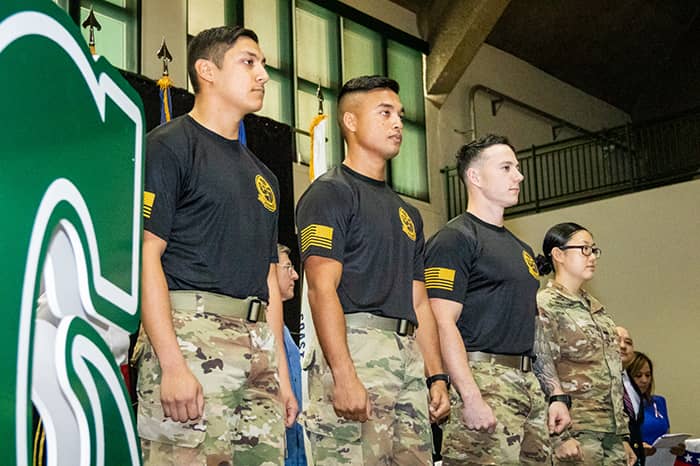 Michael Schommer is recognized at a Veterans Day ceremony on Nov. 12, 2019,  at the University of Guam alongside his fellow cadets for earning the nationwide Army ROTC honor of Distinguished Military Graduate. (From left) Lucand Camacho; Brendan Santos; Schommer; and Jeanie Nguyen. Photo courtesy of University of Guam
❮
❯
News Categories

Up to $3,000 grants available for UOG students in need
Lady Tritons to open basketball season this weekend
Considering a master's in biology or environmental science? Apply by Feb. 18 for a paid research assistantship!