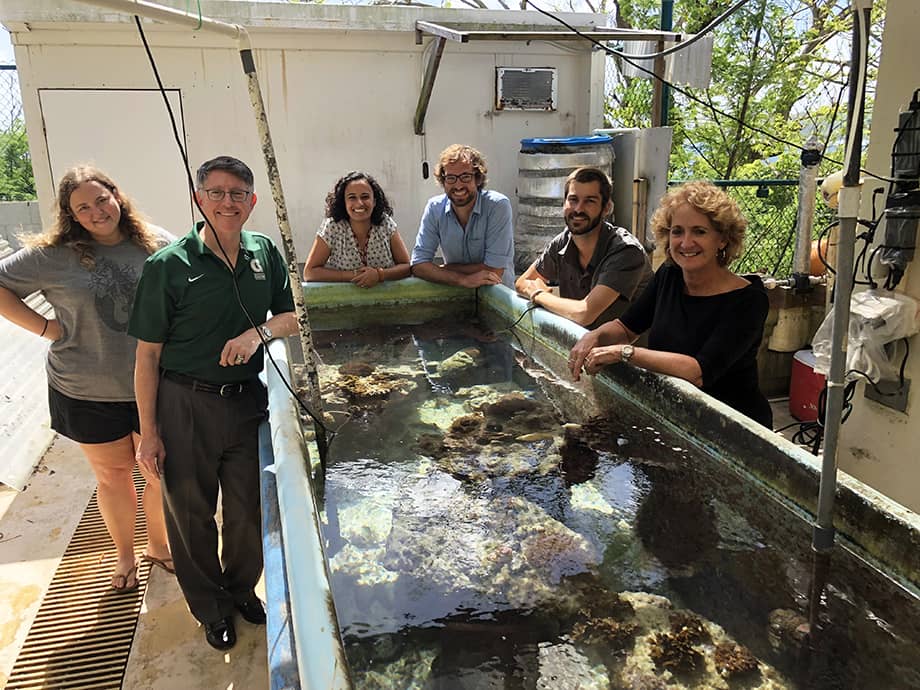 On this day 50 years ago, one of the world’s first research facilities to specialize in the study of coral reefs was built at the University of Guam — the UOG Marine Laboratory.

Though a year-long series of events to commemorate the Marine Lab’s 50th anniversary were cancelled due to the prolonged pandemic, the Marine Lab team remains active and productive and committed to research and marine management.

The establishment of the Marine Lab made the University of Guam the only U.S. university adjacent to what is commonly considered the global epicenter of marine diversity, the Coral Triangle, encompassing the Philippines, Malaysia, Indonesia, and Papua New Guinea, a title UOG can still claim today.

The lab, by virtue of its location in a then poorly explored region of the globe, attracted several of the best coral reef ecologists of the day, who contributed many firsts in coral reef research, including studies on outbreaks of the predatory sea star, the crown-of-thorns, and reef recovery after major disturbances. Faculty were also involved in the discovery and description of numerous new species and novel chemical compounds.

Today, the Marine Lab’s 10 faculty members and 25 graduate students continue to contribute important marine research regionally and nationally, with an emphasis on conservation and adaptation to climate change in Guam and Micronesia.

An official celebration is being planned for next year, so stay tuned!