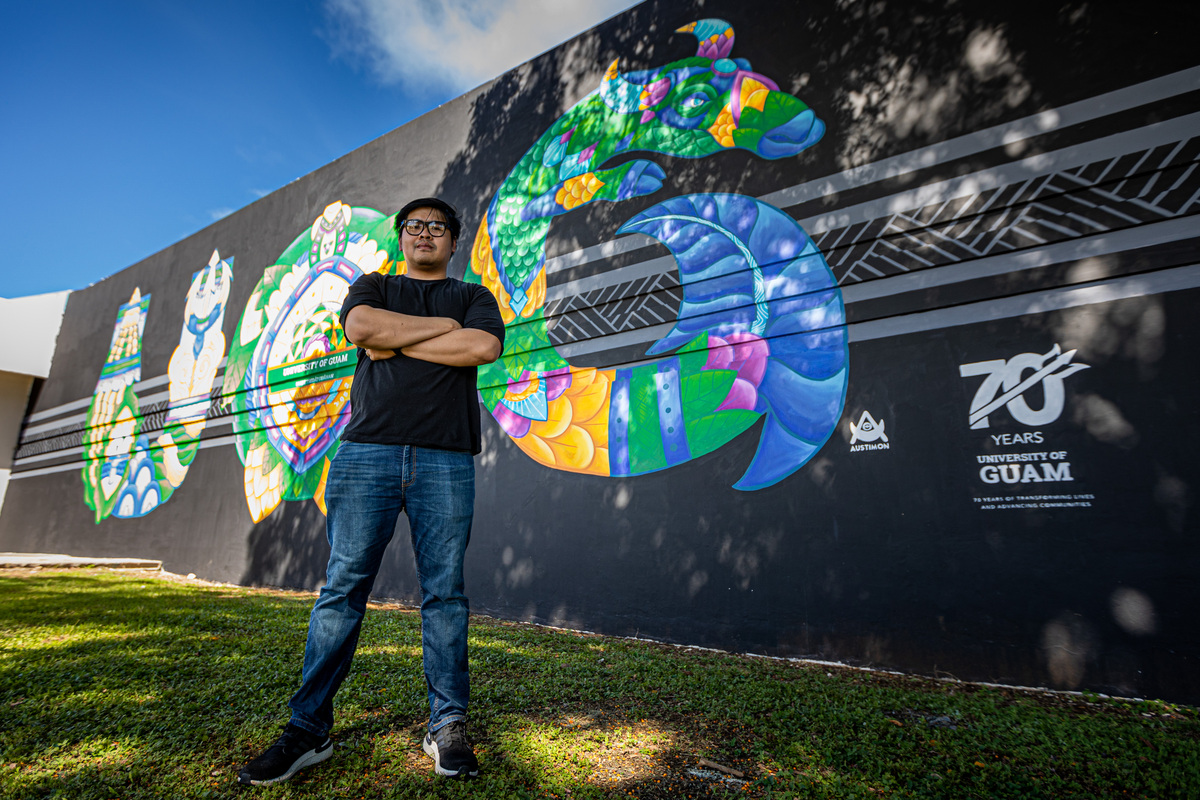 Austin Domingo, a University of Guam fine arts alumnus and local muralist, painted a one-of-a-kind mural on the Calvo Field House in celebration of the university's 70th anniversary. 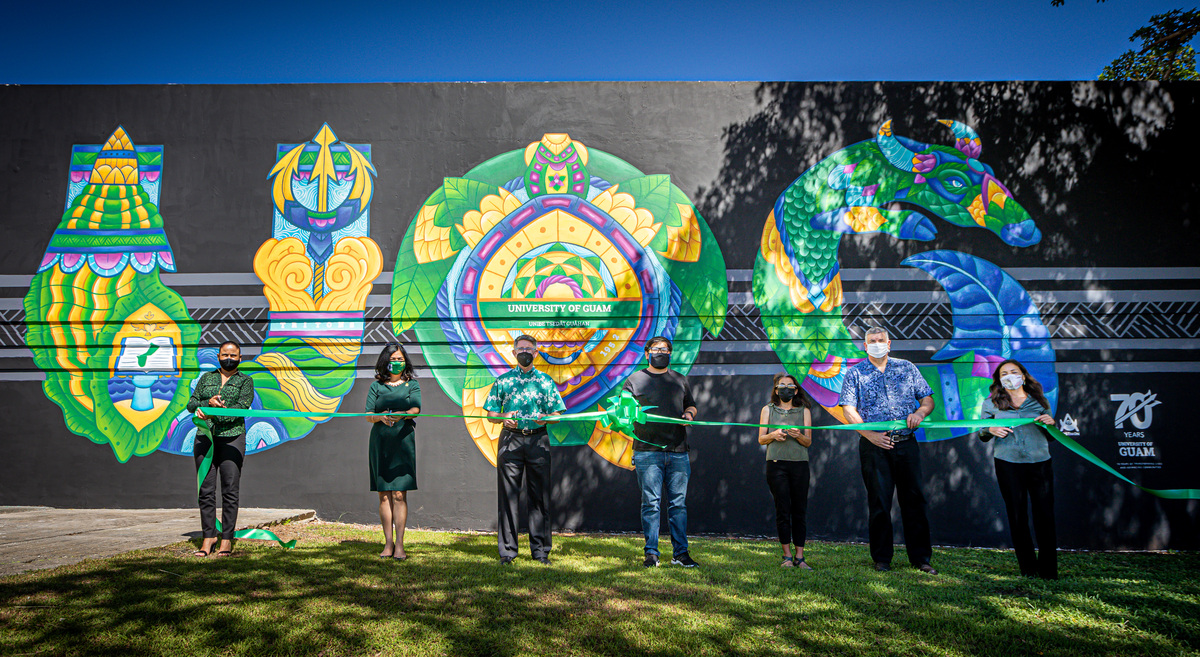 The one-of-a-kind design is the work of Austin Domingo, a 2012 graduate of the UOG Fine Arts Program.

“I was very excited to take part in this project,” Domingo said. “It’s the University of Guam — a place that has meaning to me. It’s where I started my art career.”

Domingo started painting murals five years ago and is now a full-time artist, sought-after for his bright, intricate pieces. His art has infused life and cultural pride to public walls, corporate buildings, bus stops, food trucks, and even shipping containers.

For the UOG mural, Domingo combined his distinct style of local imagery, patterns based on nature, and bold colors with the steadfast spirit of the University and the island into a typographical illustration of the letters U-O-G.

The “U” displays the trident of Triton — the University mascot — and a kulo’ (CHamoru for “trumpet shell”) with elements of the UOG Seal inside.

The “O” depicts a sea turtle — representing wisdom, perseverance, and guidance — decorated with imagery prominent in Guam, including the sun, a latte stone, leaves, woven patterns, and bougainvillea.

The “G” portrays a carabao with a mermaid body — an interpretation of the seahorses that pull the mythical sea god Poseidon’s chariot. Its tail forms a fishhook, paying homage to the University’s “Big G” logo.

The piece was commissioned with support from the Guam Council on the Arts & Humanities Agency, the National Endowment for the Arts, and the Office of the Governor of Guam.

Sandy Flores, director of Guam CAHA, expressed the importance of supporting and including local art throughout the community.

“When you support art in a difficult time […] you can step back and get away from the weight of the day and see what’s beautiful and our vision for the future,” she said.

Established as the Territorial College of Guam in 1952, the University of Guam will celebrate its 70th anniversary throughout 2022 with the theme “Transforming Lives, Advancing Communities.”

“Austin has done magnificent work on the mural. We’re very pleased to have this as one of the key things to kick off the anniversary year,” said UOG President Thomas W. Krise.

The mural artwork is also featured on commemorative T-shirts available now at the Triton Store in the Student Center on campus. View more of Domingo’s art on his Instagram page @austimon.