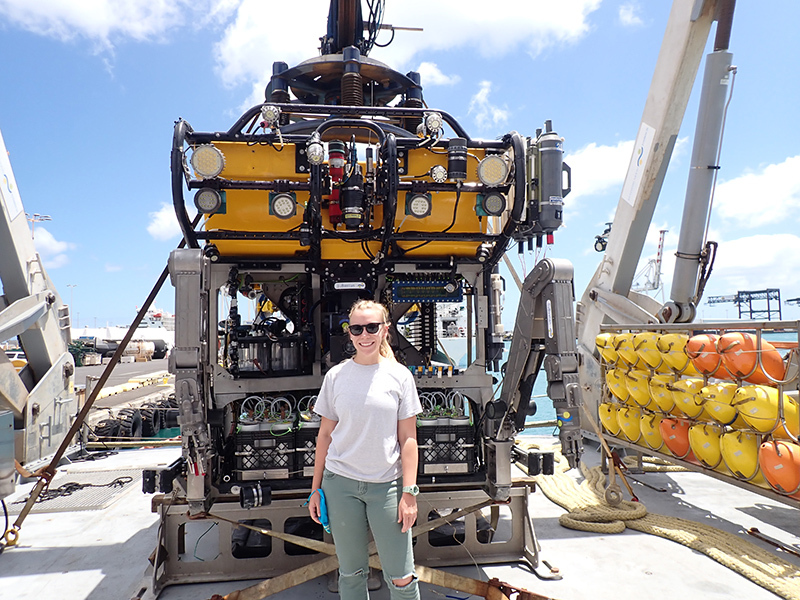 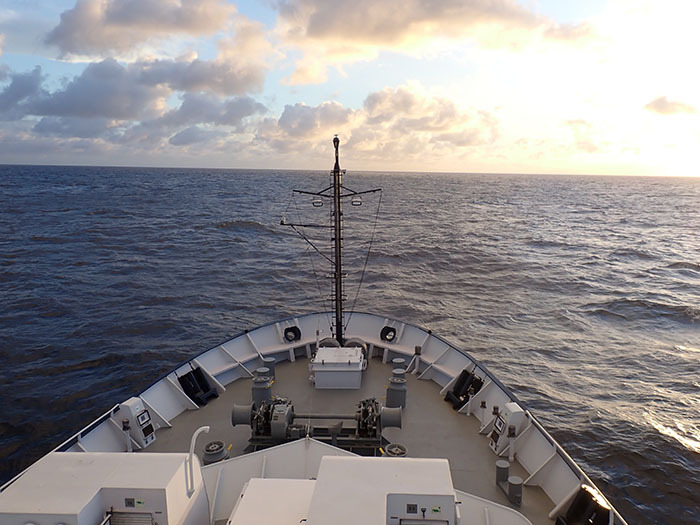 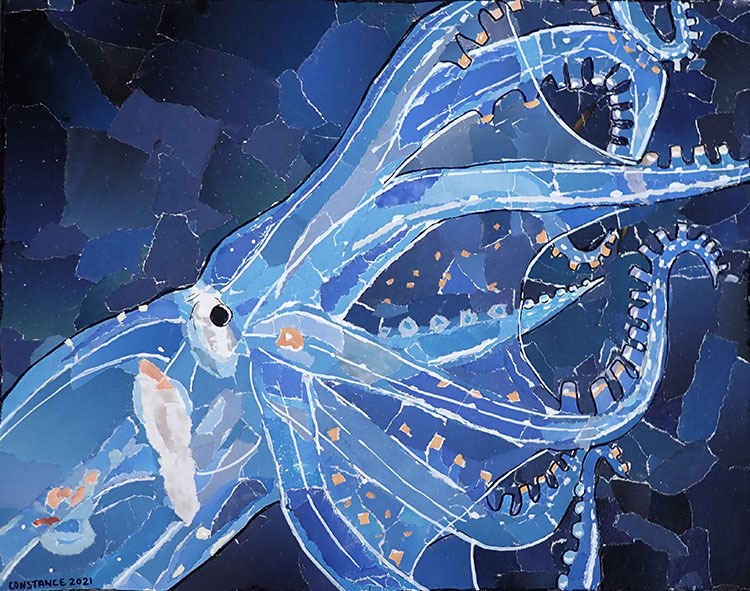 During the expedition, Sartor created upcycled magazine collages of the specimens collected by the ROV, such as this glass octopus. 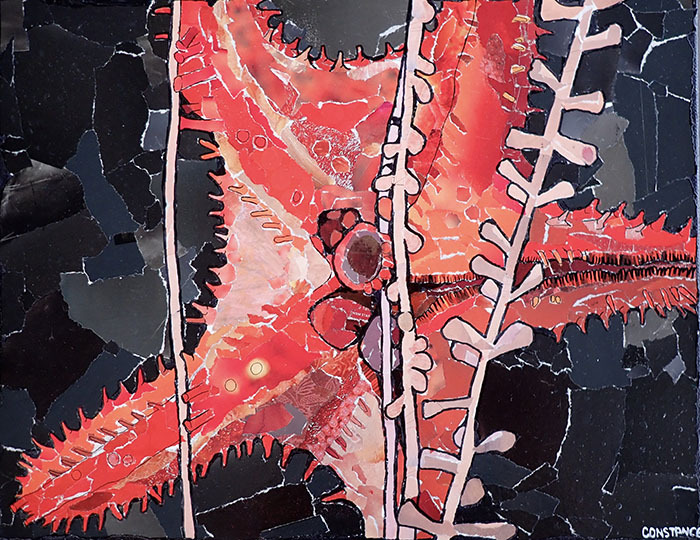 Constance Sartor, a University of Guam Master of Science in Biology student and a research assistant with the university’s Guam NSF EPSCoR program, is using her artistic talent and love of the ocean to help people make a more personal connection with the otherwise complex field of ocean research.

Sartor spent 34 days onboard the Schmidt Ocean Institute’s research vessel Falkor with 39 researchers and crew members as part of the institute’s Artist-at-Sea program. The program puts artists side-by-side with marine scientists during a research expedition in an effort to allow their ideas to “cross-pollinate” and to bridge the research being done with the rest of the world.

Sartor was aboard the vessel from June 5 to July 9 as it traveled to the Phoenix Islands Archipelago, a group of coral atolls in Kiribati.

During the expedition, the Remote Operated Vehicle (ROV) SuBastian descended as far as 2,000 meters to collect deep-sea organisms.

“When you’re in a shallow reef, there’s so much diversity like fish and corals, but when you get down where there’s no light, everything is kind of like a desert,” Sartor said. “It takes a while to find a tiny coral. There are not many fish, so it’s like a treasure hunt. It’s surprising when you find something cool.”

Sartor worked with the scientists to photograph and measure the samples collected by the ROV.

In preparation for the voyage, Sartor brought more than 50 magazines with her to create upcycled collages based on the photos of the samples.

“I advocate upcycling because it helps keep some of the items out of landfills,” Sartor said. “Rather than using paint, which comes in disposable plastic or metal tubes, I like to give a new life to magazines that would otherwise be thrown into landfills.”

Out of the hundreds of samples collected over the course of the voyage, Sartor created eight magazine collages of the unique starfish, crabs, corals, and other deep-sea organisms collected by the ROV using magazine images of flowers, a sunset, and clothing.

“Since all corals, deep and shallow, are vulnerable to human impacts, cruises like this are necessary to help understand and protect our deep-sea ecosystems,” she wrote in her blog.

The body of works Sartor created are now a part of the Artist-at-Sea Traveling Exhibit, which moves to venues around the nation displaying the art made and inspired by the work done on the Falkor. Her collages and blog about her experience can be found on the Schmidt Ocean Institute’s artists page.