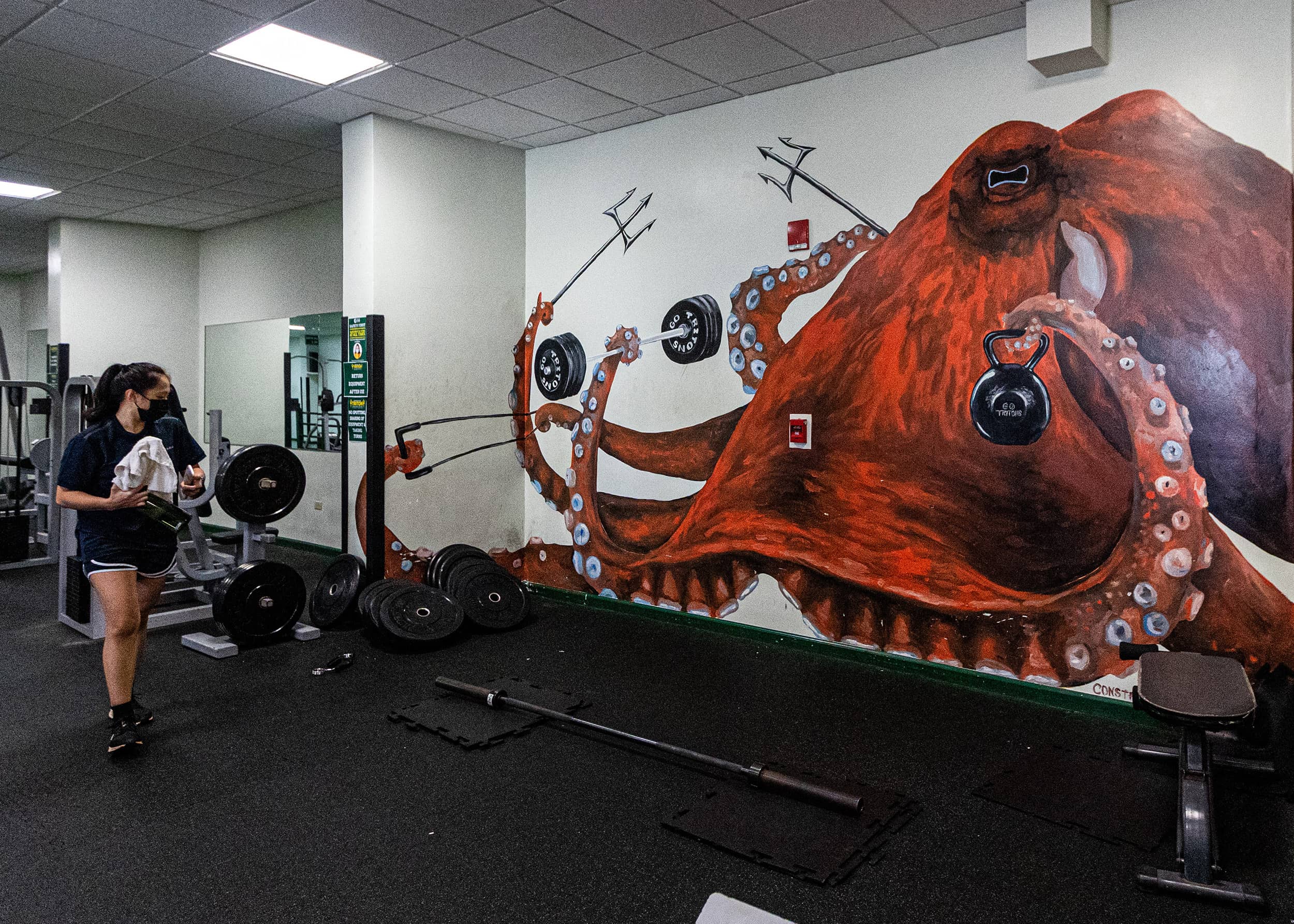 A kettlebell-curling octopus painted by Constance Sartor can be found motivating gym-goers in the Triton Fitness Center. 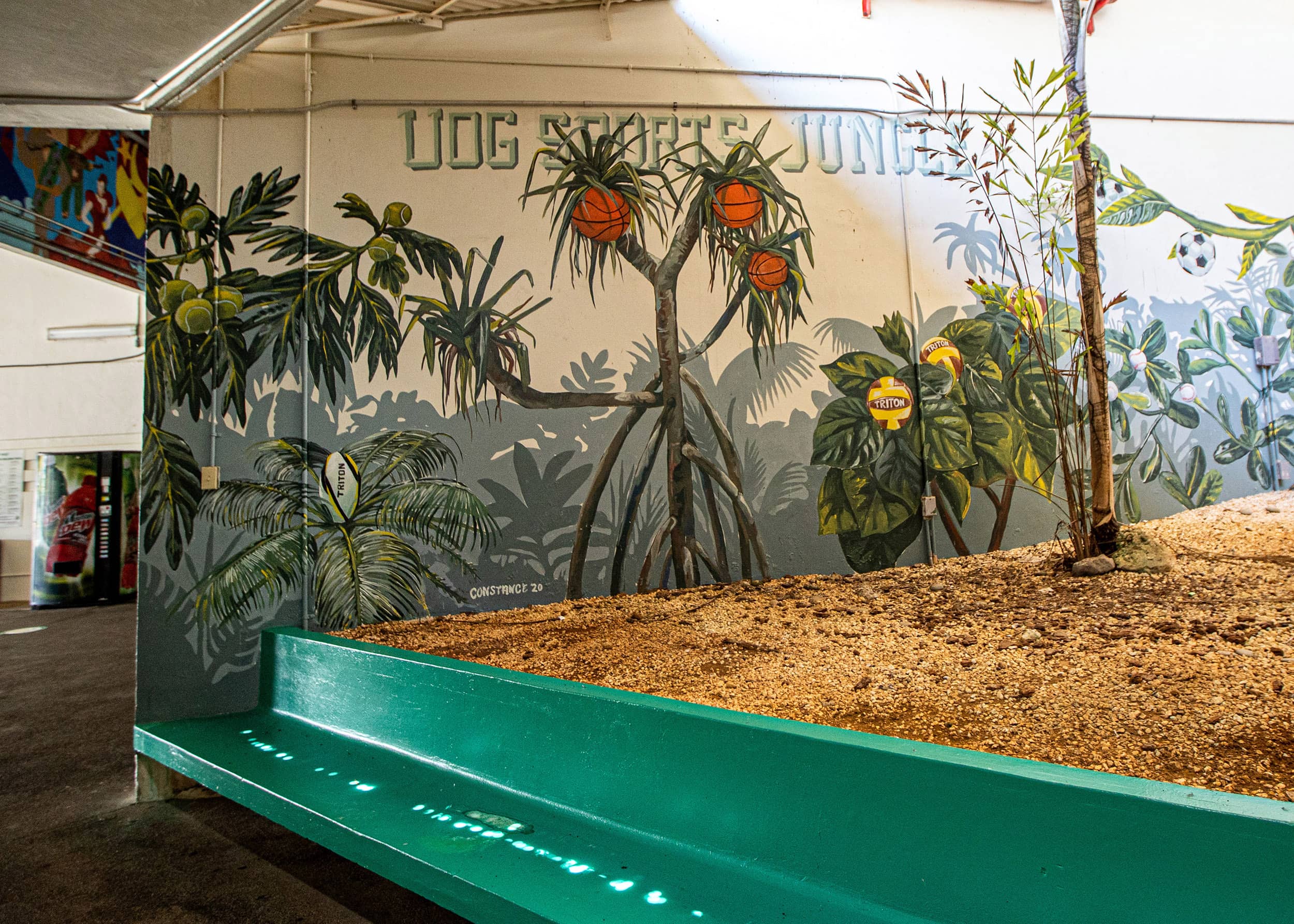 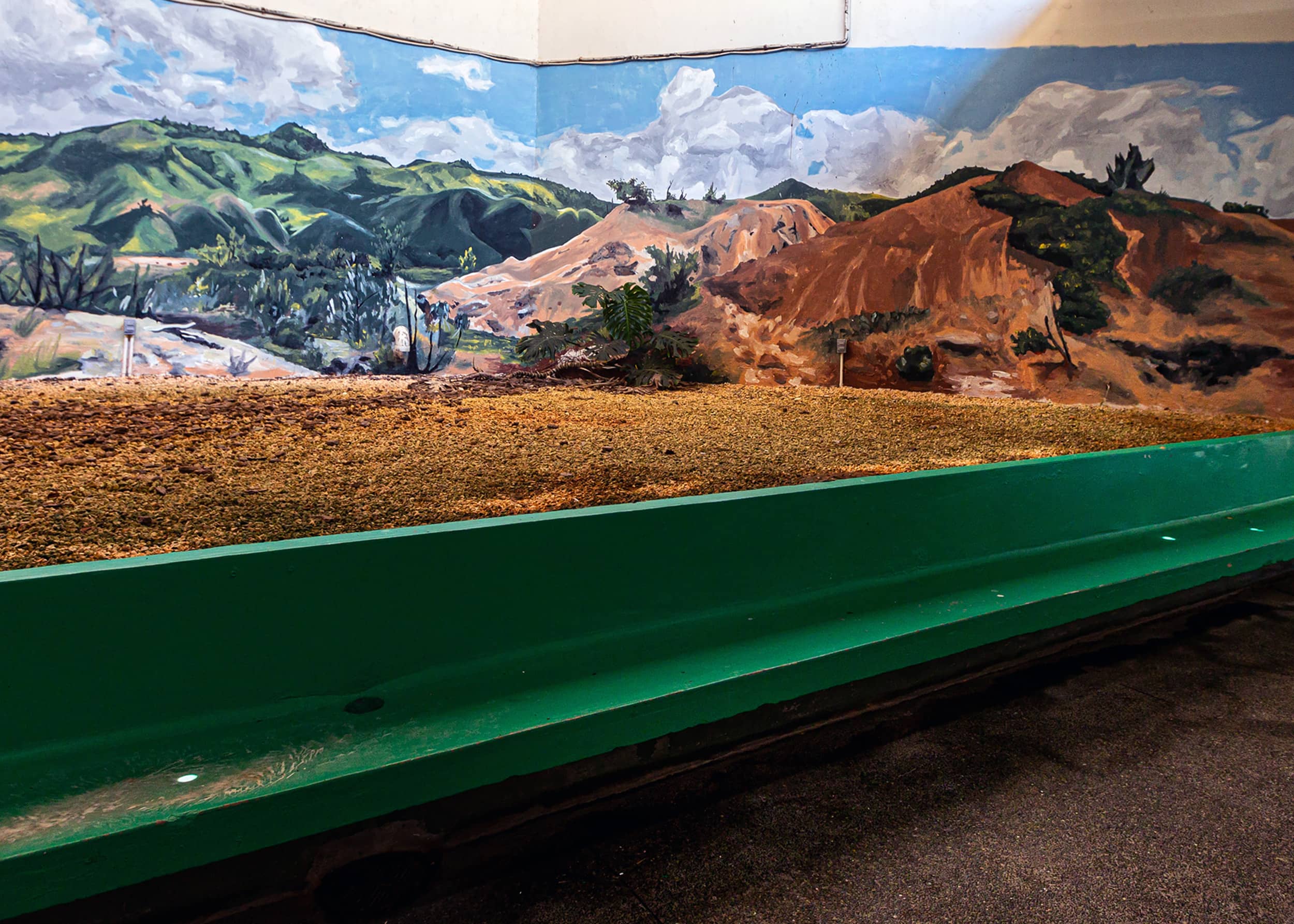 A mural of Guam’s badlands in Agat by Constance Sartor makes a scenic backdrop to a planter box in the Field House.
❮
❯

Tritons walking through the Field House lately may have noticed some new energy in the building since they were last on campus. The walls have come alive with some local flora and fauna and a school-spirited … cephalopod? 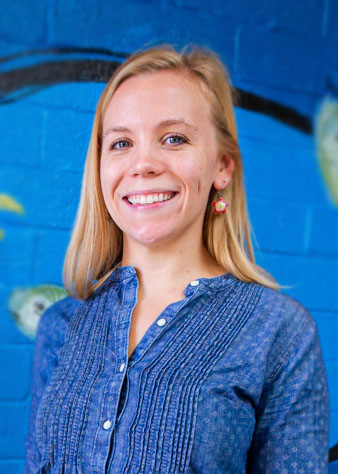 “My friend at the Marine Lab, Ka’ohinani Kawahigashi, gave me the idea,” said Constance Sartor, a Master of Science in Biology student at the Marine Lab who painted the murals. “She thought an octopus would be a fun way to incorporate Guam’s marine environment with fitness and school spirit.”

The eight-armed kettlebell-curling creature can be found motivating gym-goers in the Triton Fitness Center.

Sartor added some whimsy to other walls in the Field House as well. Those walking by the Admissions & Records Office may do a double-take at some familiar local plants bearing some not-so-familiar fruits.

“I’ve transformed various fruits and flowers on local plants into sports equipment,” Sartor said. “The pandanus tree has basketballs instead of pandanus fruit. The cycad has a rugby ball instead of a cone.”

And a third mural with less to be discovered but as much to appreciate is a scenic landscape of Guam’s badlands in Agat, appropriately positioned as a backdrop to the Field House’s planter box.

The three murals, which Sartor completed just as the campus closed down for the pandemic in early 2020, took her nearly 60 hours to complete.