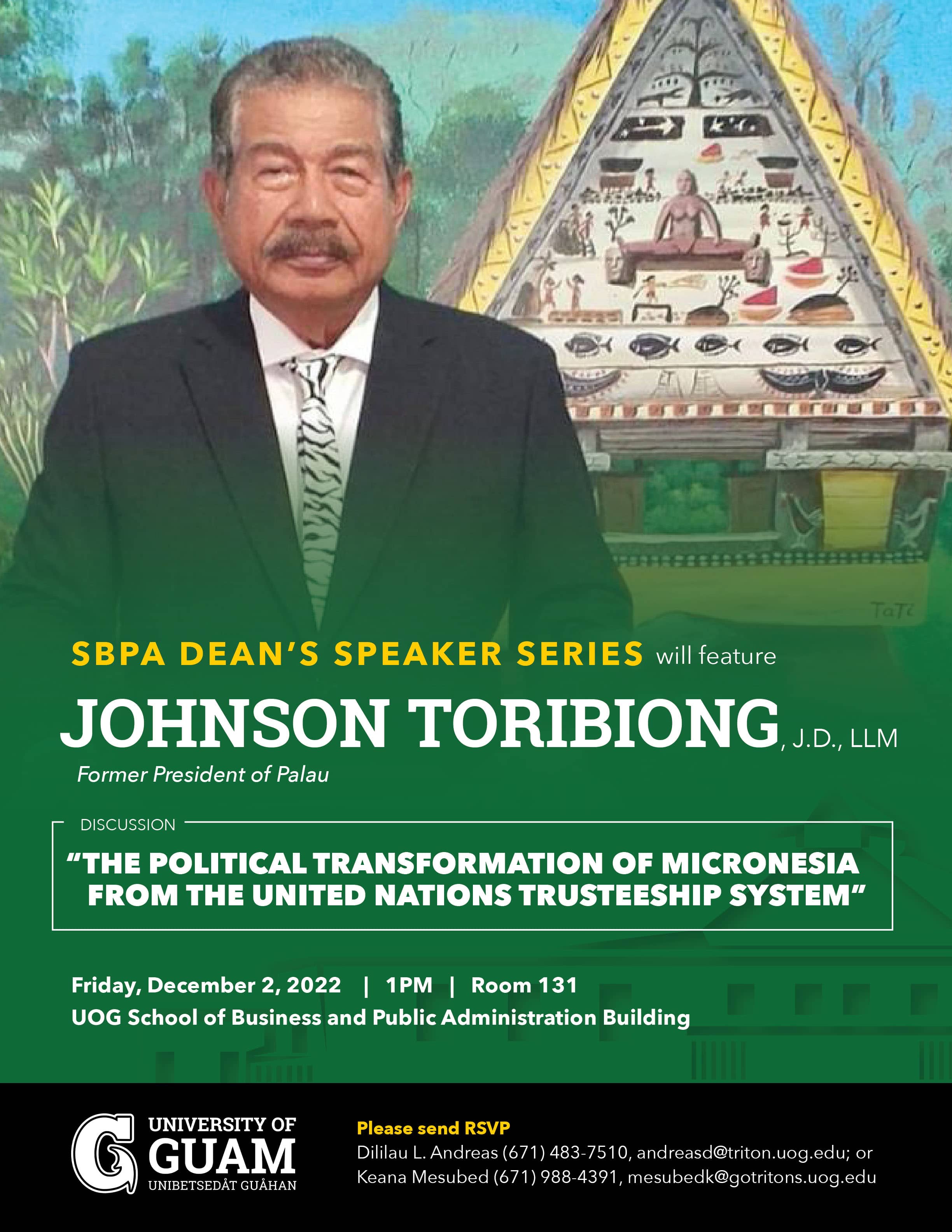 Former Republic of Palau President Johnson Toribiong will discuss the political transformation of Micronesia from being under the United Nations trusteeship system to the region's independent nature.

His lecture will have emphasis on Palau and its future.

This event is a part of the School of Business and Public Administration Dean’s Lecture series under Interim Dean Roseann Jones.

The event will be at 1 p.m., Dec. 2 in Room 131, Jesus and Eugenia Leon Guerrero School of Business and Public Administration Building.

Toribiong was Palau’s eighth president who served between 2009 and 2013.

He was elected to represent Palau to the Micronesian Constitutional Convention in 1975 to draft what is now the Constitution of the Federated States of Micronesia.

He also served as a senator of the Palau National Congress between 1981 and 1985 and was Palau’s first ambassador to Taiwan.

He has been a practicing attorney since he graduated from the University of Washington Law School in 1972.

Students from instructor Frank Ishizaki’s class “Problems in Criminal Justice - Current National Topic” are taking RSVPs to the event. Ishizaki is the Legal Studies expert in residence at UOG.