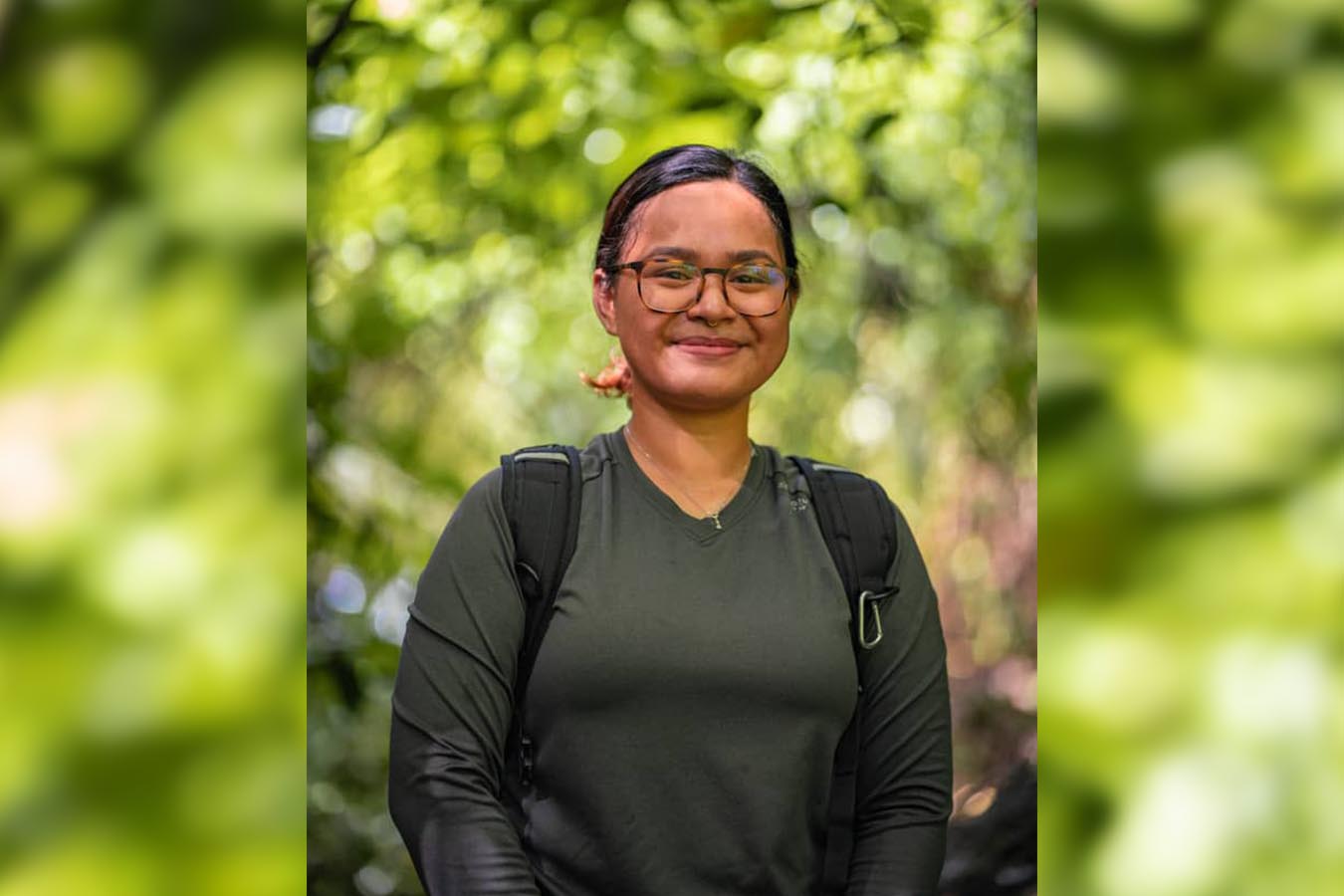 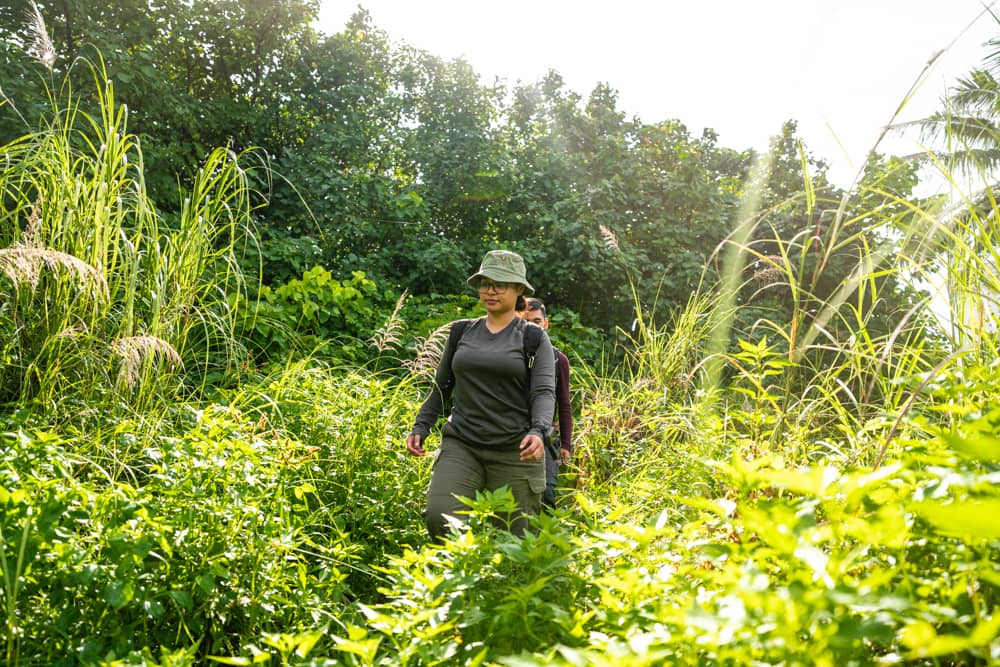 Aja Omelau hikes to one of the collection sites for her research project in October 2022. She is conducting the first study in Micronesia on the impact of little fire ants.
❮
❯

An environmental science graduate student at the University of Guam is conducting one of the first studies in Micronesia on the impact of little fire ants, or LFA. More specifically, Aja Omelau is looking into the impact of LFA on 280 types of invertebrates, such as snails, spiders, and aphids.

Omelau’s study involves counting and identifying ants and invertebrates found in leaf litter at the site where LFA were first found in Guam — Northern Hardfill in Yigo, which also serves as a green waste facility. She will then be able to compare her findings with a similar study done by UOG entomologist Ross H. Miller at the same site in 2011.

LFA may alter the evolutionary pathway of some native species and may even cause their extinction, according to a 2001 study by Stanford researchers. Another study from 1984 in the Galapagos Islands showed that LFAs had reduced densities and eliminated some populations of three arachnid species.

“[…] Densities of LFA were up to 400 per square meter, and no other ant species and few other invertebrates were found,” Miller said regarding his 2011 survey. “The most commonly found invertebrate in these areas — other than LFA — were orobatid mites.”

At each site, she lays out a transect of 100 meters, and every five meters, she collects leaf litter, sifts out the large matter using a sieve, and takes whatever remains in the bottom to the lab. She puts the sample into a special funnel used to extract organisms from soil, and then identifies and counts what falls through.

“From looking at my samples [so far], I found that there are a lot of mites and a lot of small snail shells. […] That was really surprising to me,” she said. “I need to get them identified to see if they’re the [native] Partula snails.”

She said she hopes to find a relationship between LFA presence and snail populations so that data can be used in Partula conservation efforts.

She also expects to see a lot of aphids, which ants are known to farm to feed on a sweet sap that they excrete.

“When LFA infest a forest, they can be found at incredibly high densities, which may lead to a significant population bloom of aphids,” Omelau said. “This would negatively impact the forest ecosystem because aphids are a common invasive pest, and the drastic increase in LFA and aphid populations may have detrimental downstream effects on the ecosystems of LFA-infested sites.”

By this April, she plans to complete her field collections and then by December 2023, she hopes to have the thesis complete for her M.S. in Environmental Science.

Ultimately, she said, she hopes her work will help to increase monitoring efforts to keep the LFAs from spreading throughout Micronesia. The ants have only been found in Guam and Yap in Micronesia.

Community members can help this cause as well, she said. “I would highly recommend people learn how to identify LFAs themselves and to inspect any green products they may be transporting.”