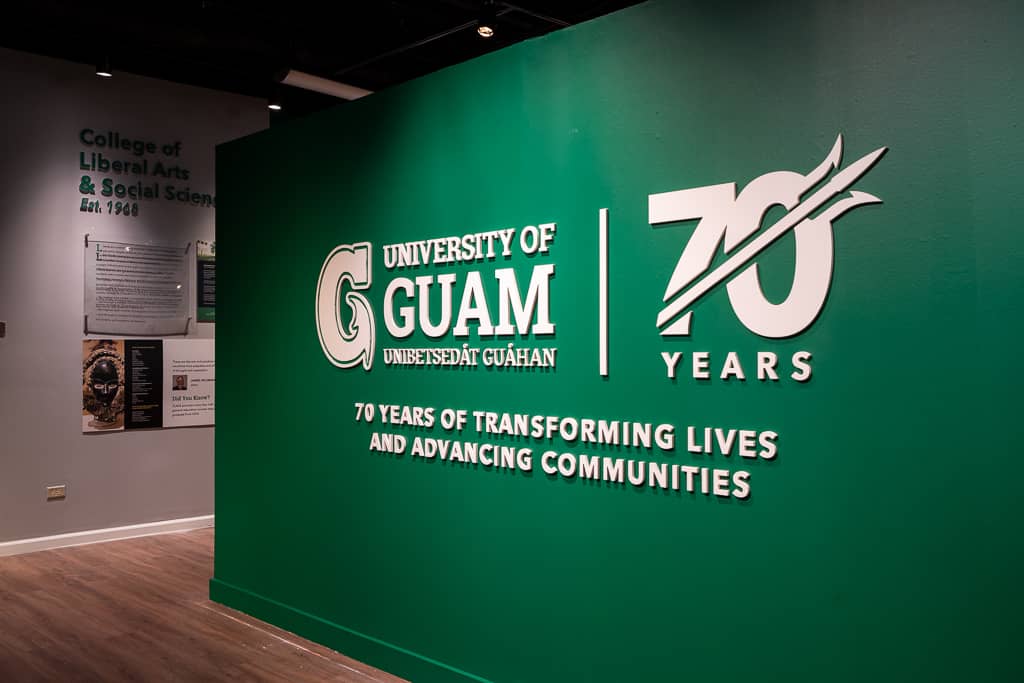 A new University of Guam exhibit at the Guam Museum welcomes visitors with the theme of UOG’s 70th anniversary year: “Transforming Lives and Advancing Communities.” 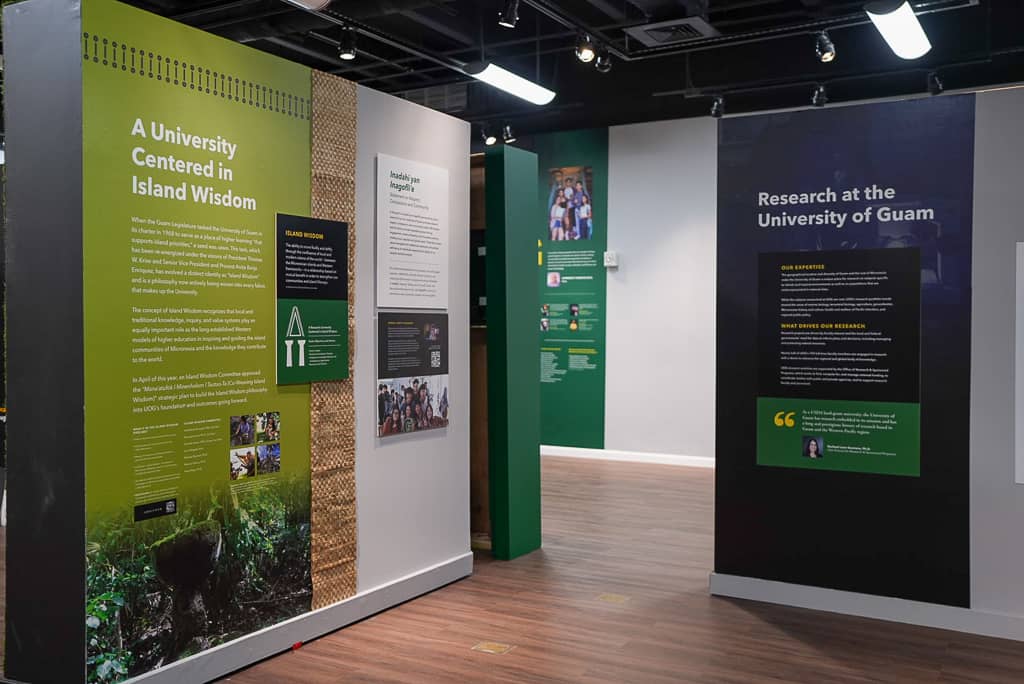 A display in the new University of Guam 70th Anniversary Exhibit at the Guam Museum explains the university’s focus and progress toward becoming a university centered in island wisdom. 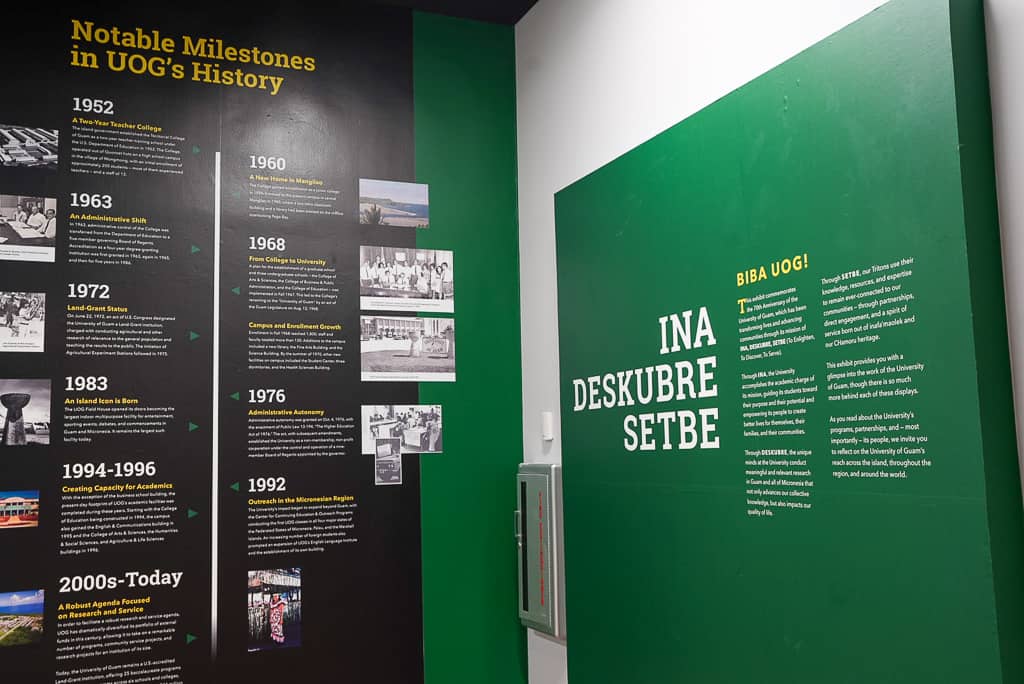 A timeline of important moments in the University of Guam’s history and a description of the university’s mission of Ina, Deskubre, Setbe orient visitors before beginning a journey through the new University of Guam 70th Anniversary Exhibit at the Guam Museum.
❮
❯

The University of Guam and its 70-year history of education, research and discoveries, and service to the community at large will be on display in a new exhibit opening this Friday at the Guam Museum.

The exhibit, which occupies the rotating gallery space on the first floor of the museum, takes visitors on an informative and inspiring journey through the university’s accomplishments and ongoing efforts “To Enlighten, To Discover, and To Serve” — the three tenets of its “Ina, Deskubre, Setbe” mission statement.

“The University of Guam is a university for all of Guam and the whole region. It has touched the lives of everyone in some way,” said Thomas W. Krise, president of the university. “This exhibit really celebrates that. Everyone who walks through will see a familiar face or a program that has made a positive impact on them.”

The exhibit is part of UOG’s platinum jubilee — its 70th anniversary since the Territorial College of Guam was founded in 1952 — which has been a year-long celebration of the university’s impact in transforming lives and advancing communities.

One feature display is dedicated to the 50th anniversary of UOG’s federal designation as a land-grant institution, which has since directed UOG’s strong focus on agricultural research and extension services to benefit the general public.

The exhibit will be open to the public with free admission from Aug. 19 to Oct. 15 during the museum’s normal hours: 9 a.m. to 2 p.m. from Tuesday to Friday.

Throughout the two-month span of the exhibit, the university will be hosting various special events, including:

The exhibit may also be booked for school groups and private tours by contacting Norman Analista, director of development, alumni affairs, and foundation relations, at analistan@triton.uog.edu.