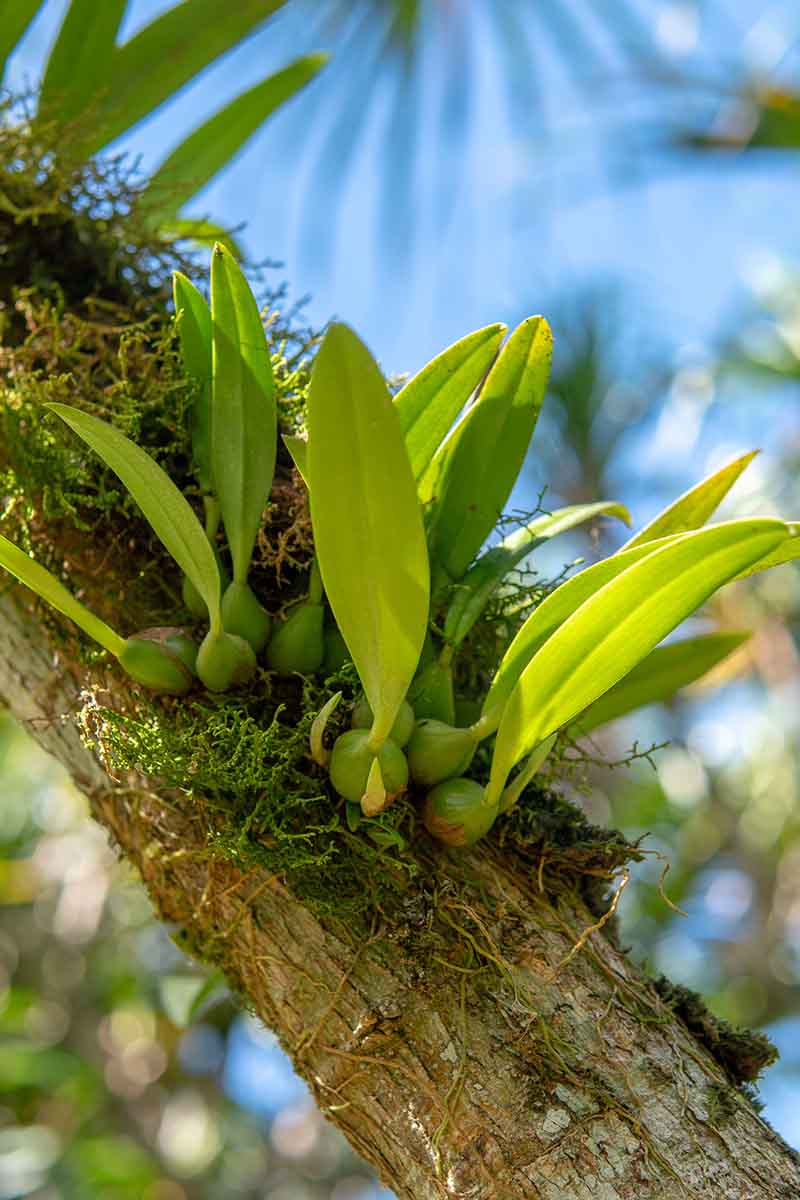 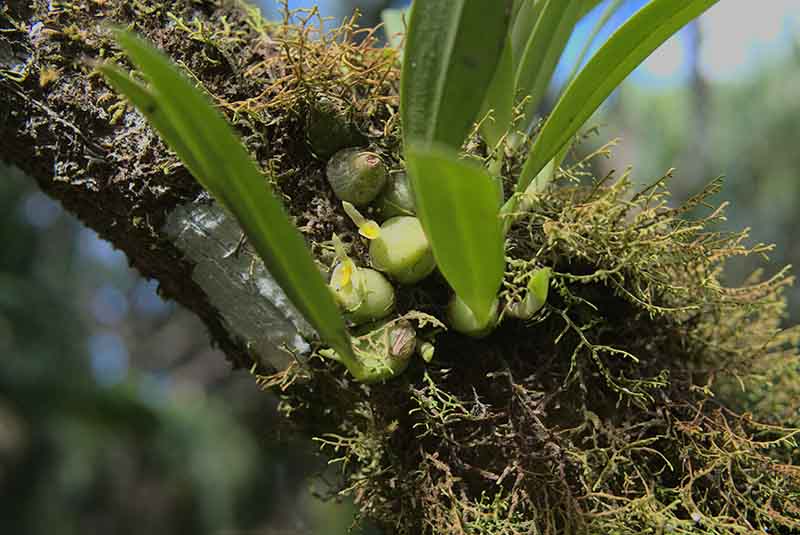 An estimated 86% of land-dwelling species on Earth are yet to be described, according to a study in PlOS Biology, but with a newly published paper in Orchideen Journal by the University of Guam’s Western Pacific Tropical Research Center, an orchid endemic to Guam and Rota is no longer one of them.

The orchid, which has been known to local botanists for decades but never formally described, is now known as Bulbophyllum raulersoniae. The species is named posthumously in honor of Lynn Raulerson, the longtime curator of the University of Guam Herbarium, who first reported the taxon as unique.

The description was authored by Benjamin E. Deloso, ’20 Master of Environmental Science alumnus from UOG and now a horticulturist at the Missouri Botanical Garden, UOG environmental science graduate student Charles A. “CJ” Paulino, and noted Australian taxonomist Jim Cootes. Cootes has an orchid named for him, Bulbophyllum cootesii, or Cootes' Bulbophyllum, according to the Smithsonian Gardens.

A step toward federal protection

Their paper notes that the orchid is only known to be on the islands of Guam and Rota in limestone forests that are at least 500 feet above sea level.

The historic geographical range of B. raulersoniae may be greatly reduced today due to habitat loss, the paper states, with the Lamlam-Alifan ridge in Southern Guam being a refugium for the remaining individuals of the species in Guam.

For an organism to receive federal protection, it must be formally described according to the system of taxonomical nomenclature.

Additionally, because of its limited range and its estimated continual population decline, the authors made a recommendation to the International Union of the Conservation of Nature to assess the species as “endangered.”

'A special orchid unique to the Marianas'

The researchers examined herbarium and living specimens and determined it was distinct from the other species of Bulbophyllum in the Mariana islands. It is considered a “diminuitive epiphyte,” meaning it is smaller and that it grows on host plants, such as pandanus. The plants produce a solitary flower of about 1 cm in size.

Paulino assisted with the fieldwork and took the photographs of the orchid that appear in the article.

“Trekking up Mount Lamlam multiple times to make our observations made me appreciate the importance of the habitat as a whole, not just the species we were studying,” he said. “The ecosystem along the Lamlam-Alifan ridge is truly a special place containing some of Guam’s most interesting plants and animals. I hope this study encourages others to both conserve and restore our native habitat for the benefit of all that call Guam home.”

Many former students were inspired by the late Raulerson to pursue careers in the biological sciences. Among them is Alex Kerr, professor of marine biology at the UOG Marine Lab.

“This is a special orchid unique to the Mariana Islands that has long needed a good description. Now it has one. And the choice of honoring the co-discoverer, my undergraduate adviser, Professor Lynn Raulerson, by naming it after her made this even more wonderful,” Kerr said.

The Mariana Islands are home to 30 reported species of orchids, four of which are considered endemic to the archipelago and seven of which are endemic to Micronesia. B. raulersoniae adds to 2,200 known species globally in the Bulbophyllum genus.