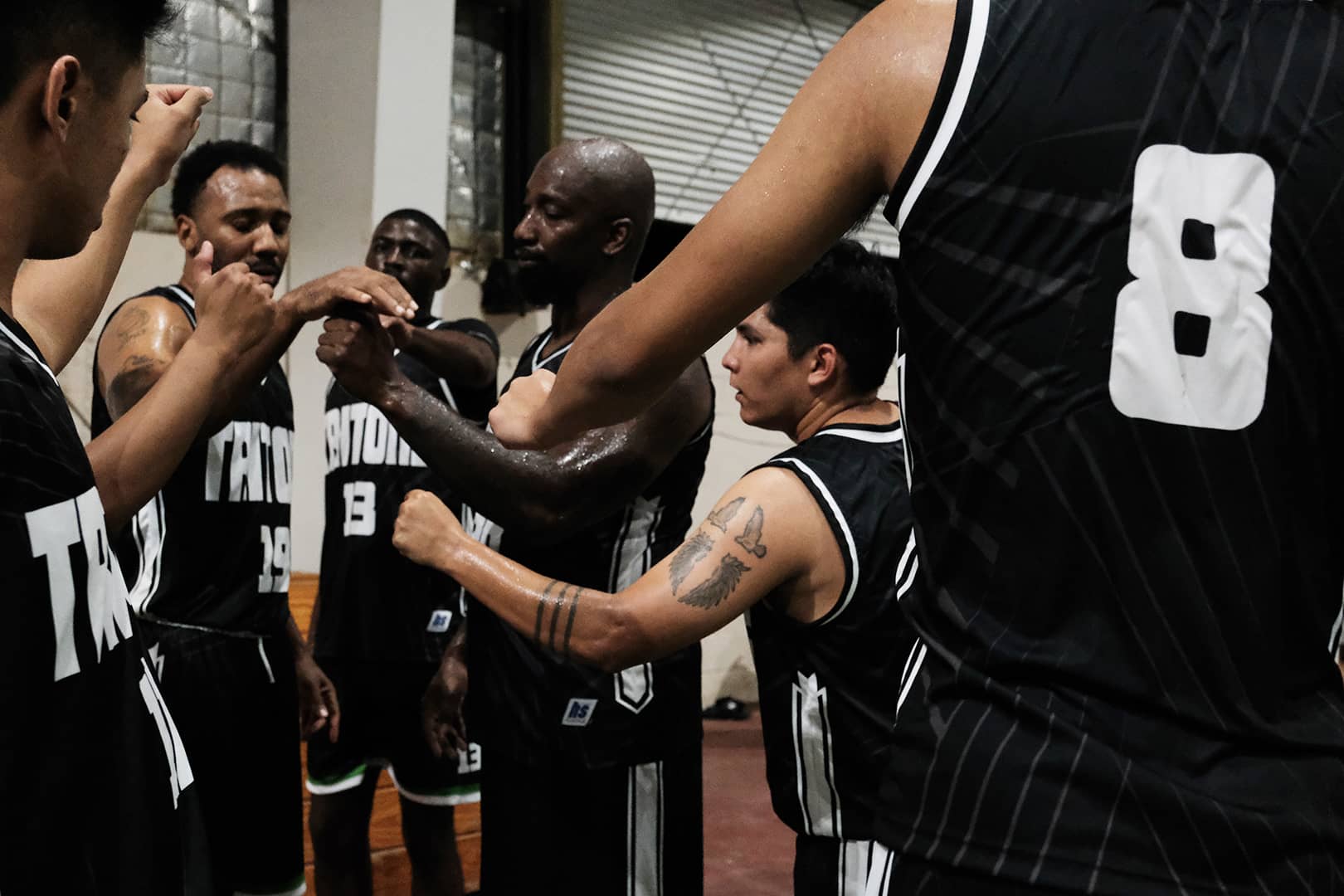 The Triton Men’s Basketball Team gets some motivation from Head Coach Dana Holmes, No. 19, who also suited up to join the team on the court, during the “Take it 2 the South” tournament on Jan. 18 at the Talofofo Gym. (From left) Holmes, Diane’ Blackmon, Assistant Coach Mike Cottrell, and Brandon Duenas.

The University of Guam Triton Men’s Basketball Team was eliminated from the “Take it 2 the South” tournament after a 63-58 loss to Team FOE on Tuesday night at the Talofofo Gym. Although the Tritons dominated the first part of the game, Team FOE fired up with three-point shots in the final minutes to secure the win.

The Tritons picked up momentum early on with Diane’ “D” Blackmon scoring 15 points in the first half. Maintaining a six- to eight-point lead for the first 20 minutes, the Tritons ended the half with a score of 29-23 over Team FOE.

UOG remained on top for the first 10 minutes of the second half, but Team FOE caught up after making multiple three-point baskets. Despite the Tritons having a balanced scoring attack, Team FOE pulled away further and took an eight-point lead with about three minutes left on the clock. UOG closed the gap to one point during the final minute but could not score again while Team FOE’s final shots led them to a five-point victory.

Leading the Tritons in scoring were Blackmon with 21 points and Head Coach Dana Holmes with 12 points.

All three games were recorded and can be viewed on the Triton Athletics YouTube channel.

This weekend, the Tritons will send a team of four players to the “Hagåtña City Slam” 3x3 tournament at the Paseo court.

Fans can also tune into the Triton Athletics & Field House Video Podcast to stay up to date with the latest athletics news, watch exclusive athlete interviews, and learn more about fitness and recreation activities at the UOG Calvo Field House.