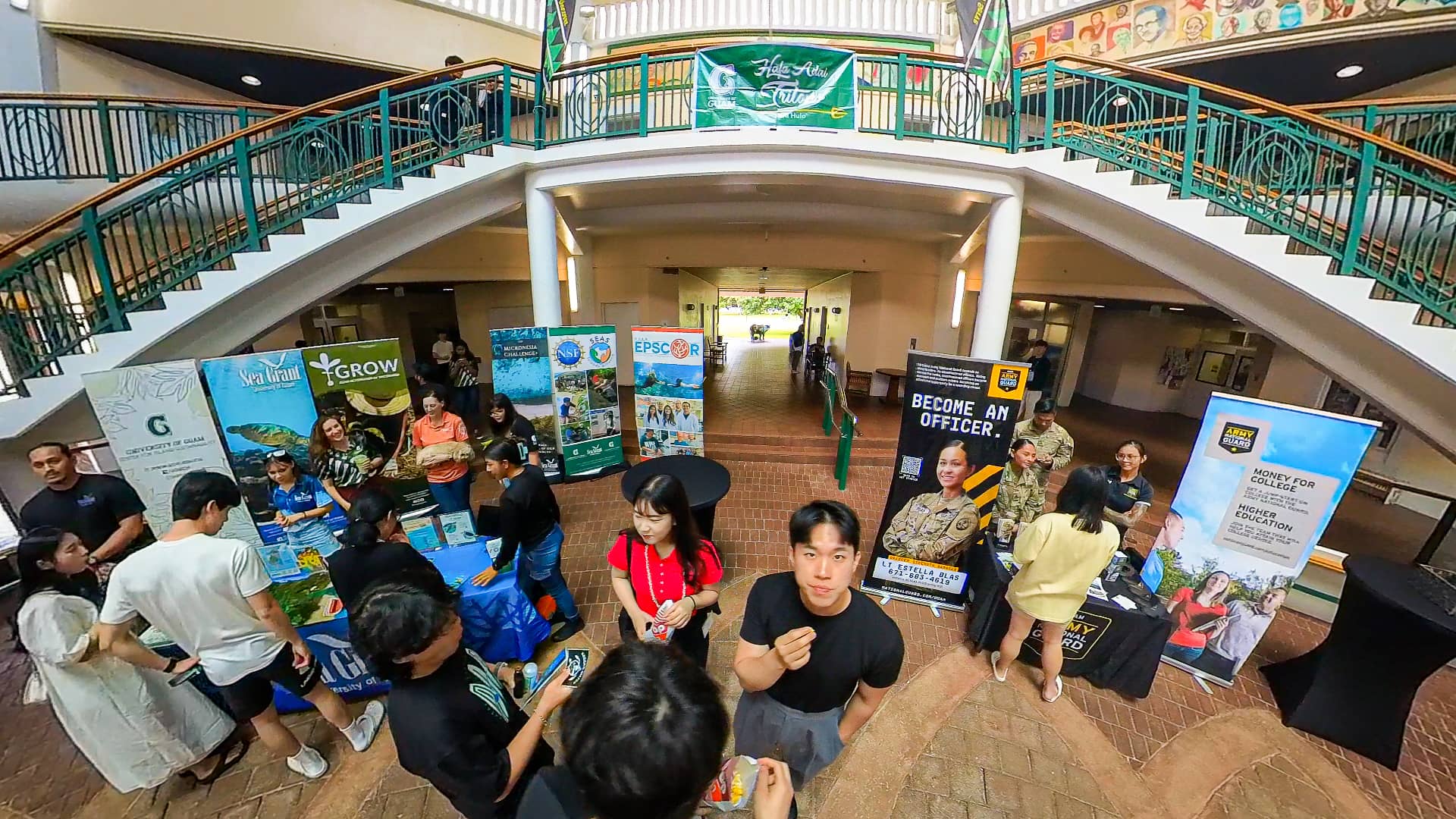 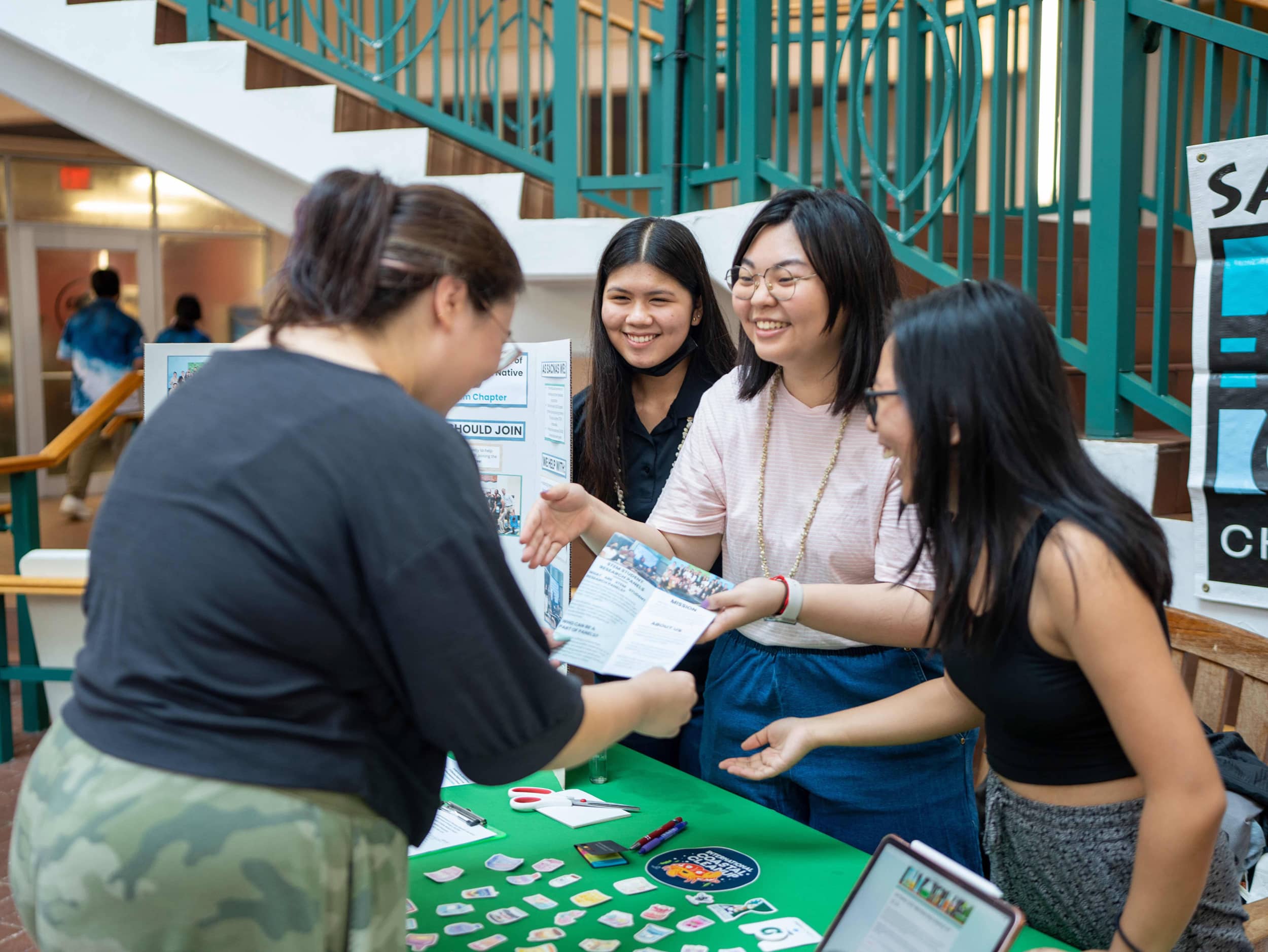 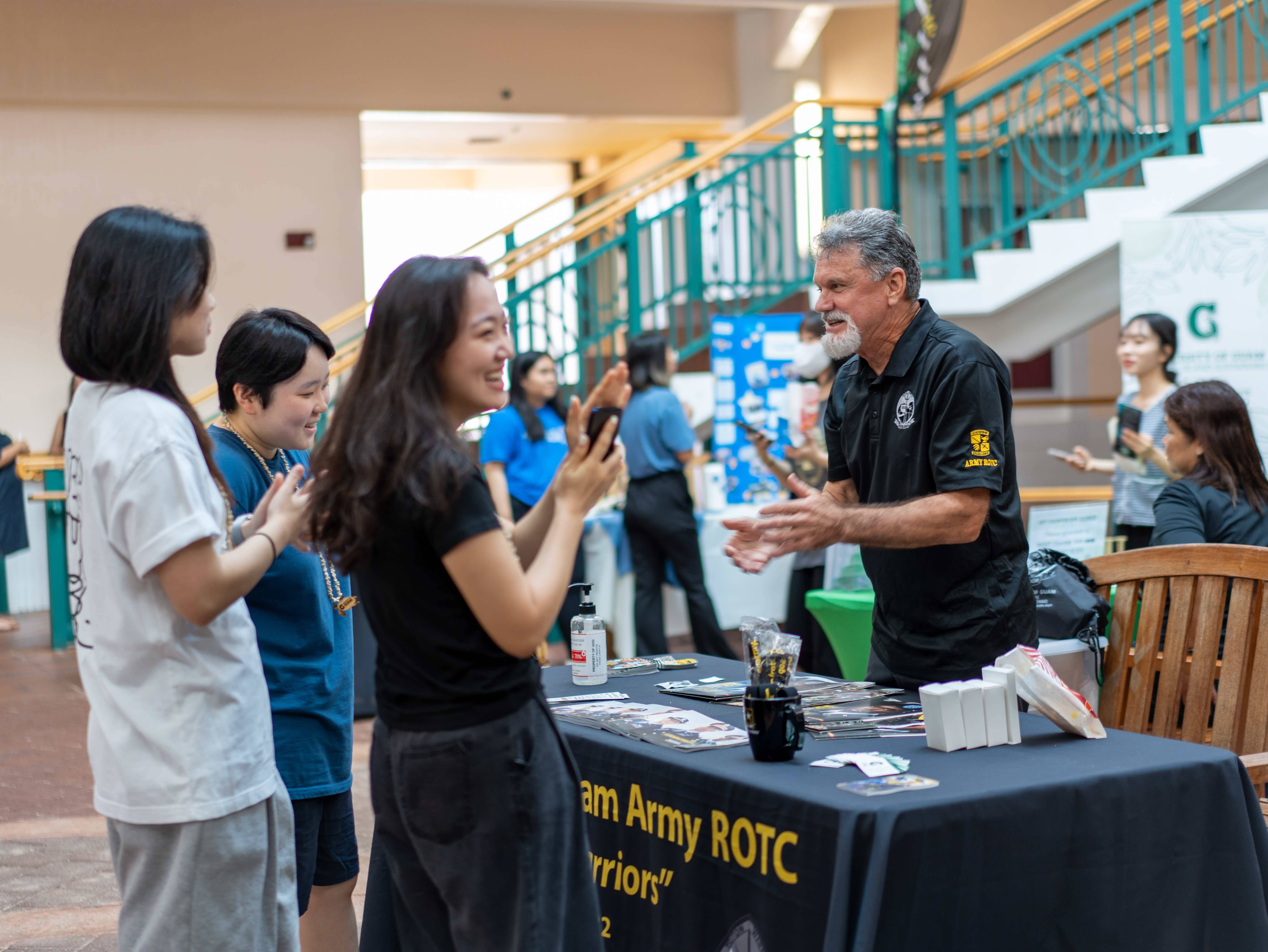 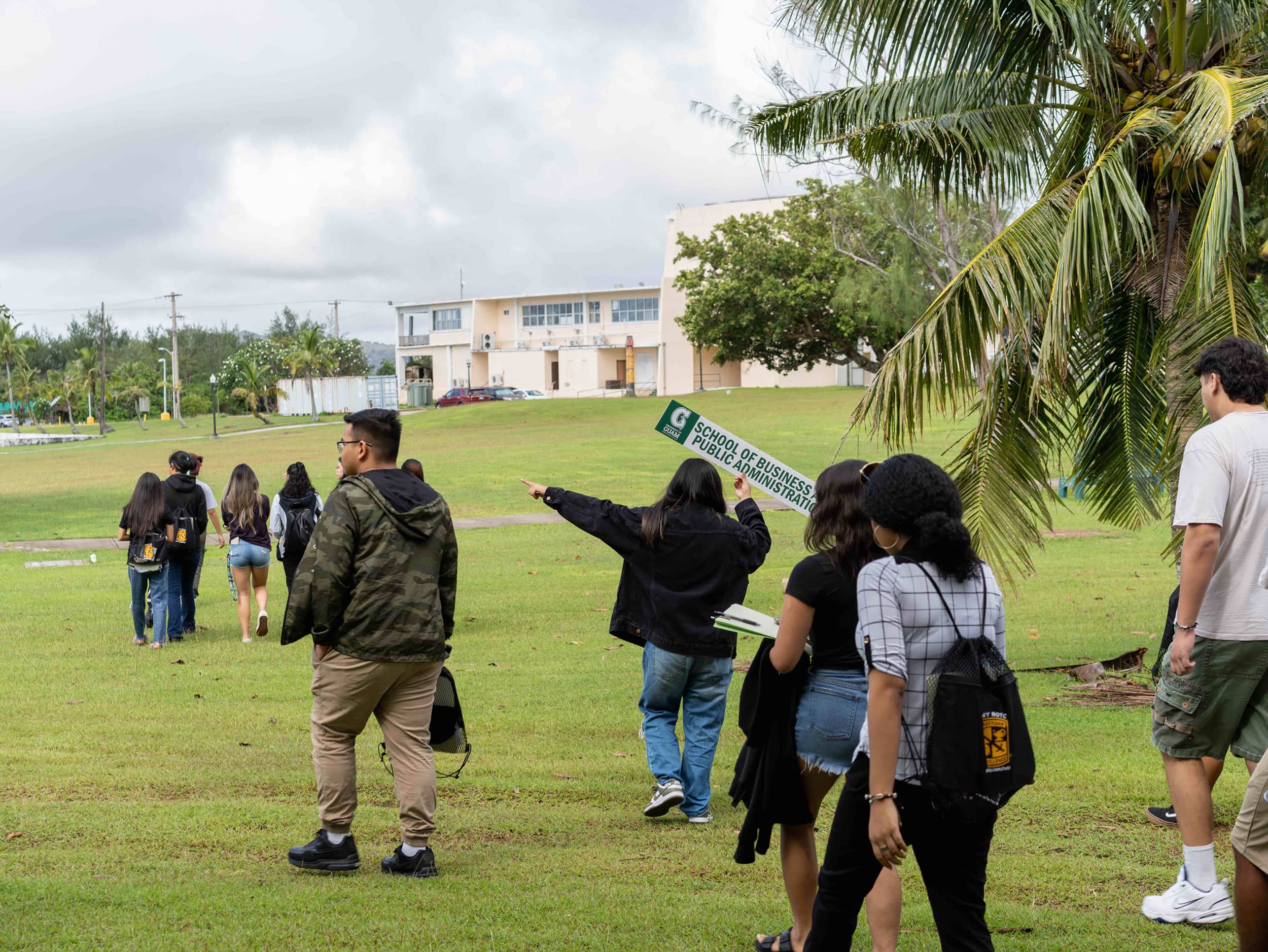 Justin Lionel Senda was one of the new students who arrived on campus at the University of Guam for the first time as a freshman on Jan. 12 during orientation day.

Senda is from Pohnpei state in the Federated States of Micronesia, and his family’s ties to UOG go back two generations. His grandfather took up business administration and his grandmother received her nursing and master’s degrees at the University, he said.

This time, it’s his turn to get a UOG education.

The son of a U.S. Army veteran, with part-German, part-Pohnpeian and part-Filipino heritage, Senda hopes to complete a degree in the health-care field.

Besides his family’s ties to UOG, Senda said he also chose the University because moving to Guam means he could continue to participate in the activities of his Christian church which has a presence on the island.

“It’s closer to home,” said another new student from Pohnpei, Truman Mallarme, about the choice to attend UOG. Mallarme also aspires to get a degree related to public health.

“It’s closer to home,” said another new student from Pohnpei, Truman Mallarme, about the choice to attend UOG. Mallarme also aspires to get a degree related to public health.

“We believe it has a good education,” Mallarme said of his perception of UOG, while on the campus tour two days after he arrived from Pohnpei. “So far, it’s been great … It’s awesome.”

Public health service in the card

He said after he completes his education, he plans on going back to Pohnpei to help support public health care services to his community.

As of Jan. 12, there were more than 180 new students registered for the Fañomnåkan 2023 Semester at UOG, said Dean Lawrence Camacho, of Enrollment Management and Student Success.

Camacho and Dr. Alicia Aguon, the School of Education Dean, shared with the new enrollees that they were once students at UOG, and eventually became educators and administrators at the University.

Dean Aguon said she met her soul mate here and they have three nursing “offsprings” from UOG.

“Being a freshman at UOG means you are participating in something great,” Dean Camacho said, and added it is up to the students to write the chapters in their lives as college students.

UOG has also drawn Guam residents who don’t want to leave the island to pursue a higher education while serving in the military part-time.

Nicholas Guzman, a member of the Army National Guard, is a new student who is interested in occupational therapy because of his exposure in the military as a paramedic and his goal to help soldiers.

UOG has a strong network of support for military veterans who are students at UOG, Dean Camacho said.

The diversity of the student population at UOG is also reflected among new students seeking career advancements.

Maria Carlyn Sinlao just moved to Guam from the Philippines about a year ago and she enrolled at UOG while also working at a dental office.

“I asked friends and they said UOG offers a good education,” Sinlao said.

Sinlao plans on a pre-medical school track in line with her long-term goal to become a pediatrician.

In December 2022, the University had an enrollment of 2,962 undergraduate and graduate students.

The bulk of the enrollment went to: