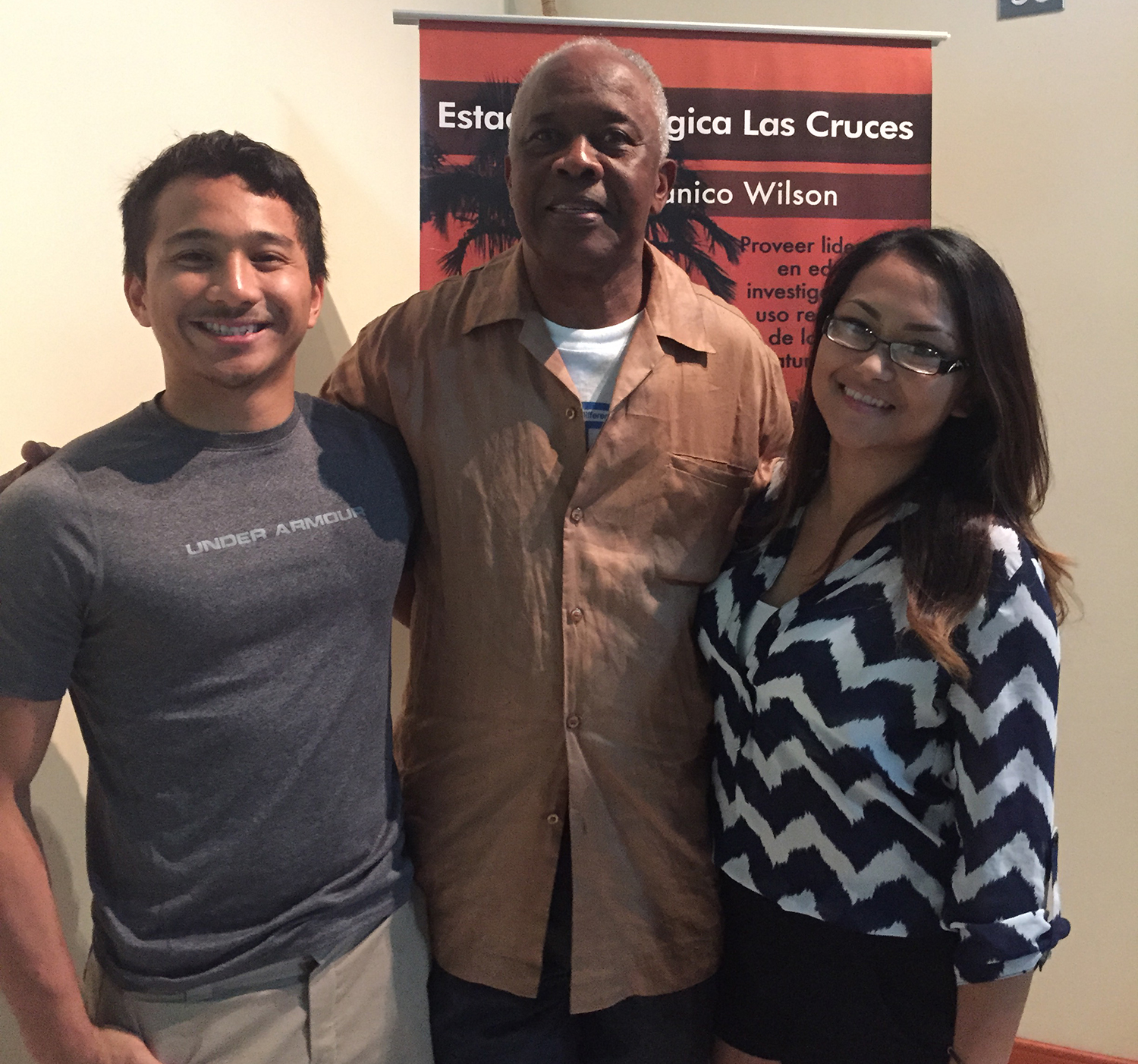 The program is offered specifically to Native American and Pacific Islander undergraduate students to expose them to field and lab research. Each student is mentored into developing a research project in Costa Rica and conducts the majority of the research independently. At the end of the eight-week program, the research papers are presented at the NAPIRE Symposium and published in its in-house journal.

Boyer, a biology major, tested whether temperature or light affects color changes in Norops aquaticus—an aquatic reptile found in the Rio Java. Her research suggests that color is affected by temperature but not light. 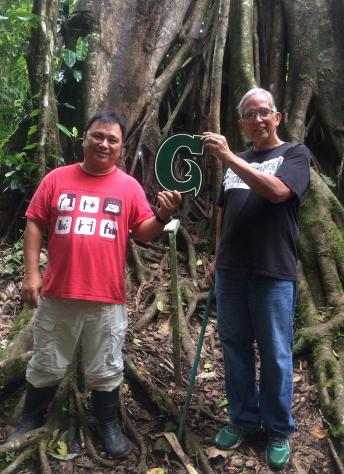 Dr. Frank Camacho (left) stands with UOG President Dr. Robert Underwood while he visits Boyer and Santos in Costa Rica over the summer.

“When we first went out to look at this species, we didn’t know it changed colors because there’s no research showing that,” Boyer said. “I wanted to know what causes the color change and why.”

“In Costa Rica, there are a lot of diverse organisms,” Santos said. “I really got interested in frogs because we would go on night hikes and day hikes and see all different types of frogs.”

Ross Miller, a professor of entomology at the University of Guam Western Pacific Tropical Research Center, said he began mentoring with the program five years ago, and continues because he loves seeing the students develop as researchers in a short amount of time.

“The students are getting this crash course in tropical ecology,” he said. “We try to get them going. We help with the refinement of the ideas. If there’s a problem, we help solve it, but the students do easily 90 percent of everything.”

Biology professor Dr. Frank Camacho began mentoring with NAPIRE in 2010, and feels that it’s his responsibility to help train the next generation of scientists from Micronesia. And by collaborating with other mentors, he’s able to incorporate new strategies into his class work.

“I’ve gotten ideas from other mentors and meeting other scientists in Costa Rica,” he said. “I gain as much as I give when I participate in the program.”

Beyond traveling to Costa Rica and experiencing the rich culture and biodiversity of the country, both Santos and Boyer said conducting individual research at the Las Cruces Biological Station felt empowering after they realized the education they received at UOG matched, if not superseded, that of their peers from the mainland.

“When we first got into this, we thought, ‘How do we compare to everybody else?’” Boyer said. “These people come from huge universities with much more funding and access to certain things. As we started doing research, we realized we could do it.”

UOG President Dr. Robert Underwood visited the students and mentors while in Costa Rica, hiking and getting to experience the environment that served as a basis of the research they conducted.

Both Santos and Boyer said not only did they form friendships with students from other cultures, the experience they gained will help them in the future as they plan to further their education in the scientific fields. They also plan to present their research papers next month at the Society for Advancement of Chicanos/Hispanics and Native Americans in Science National Conference in Washington, D.C. 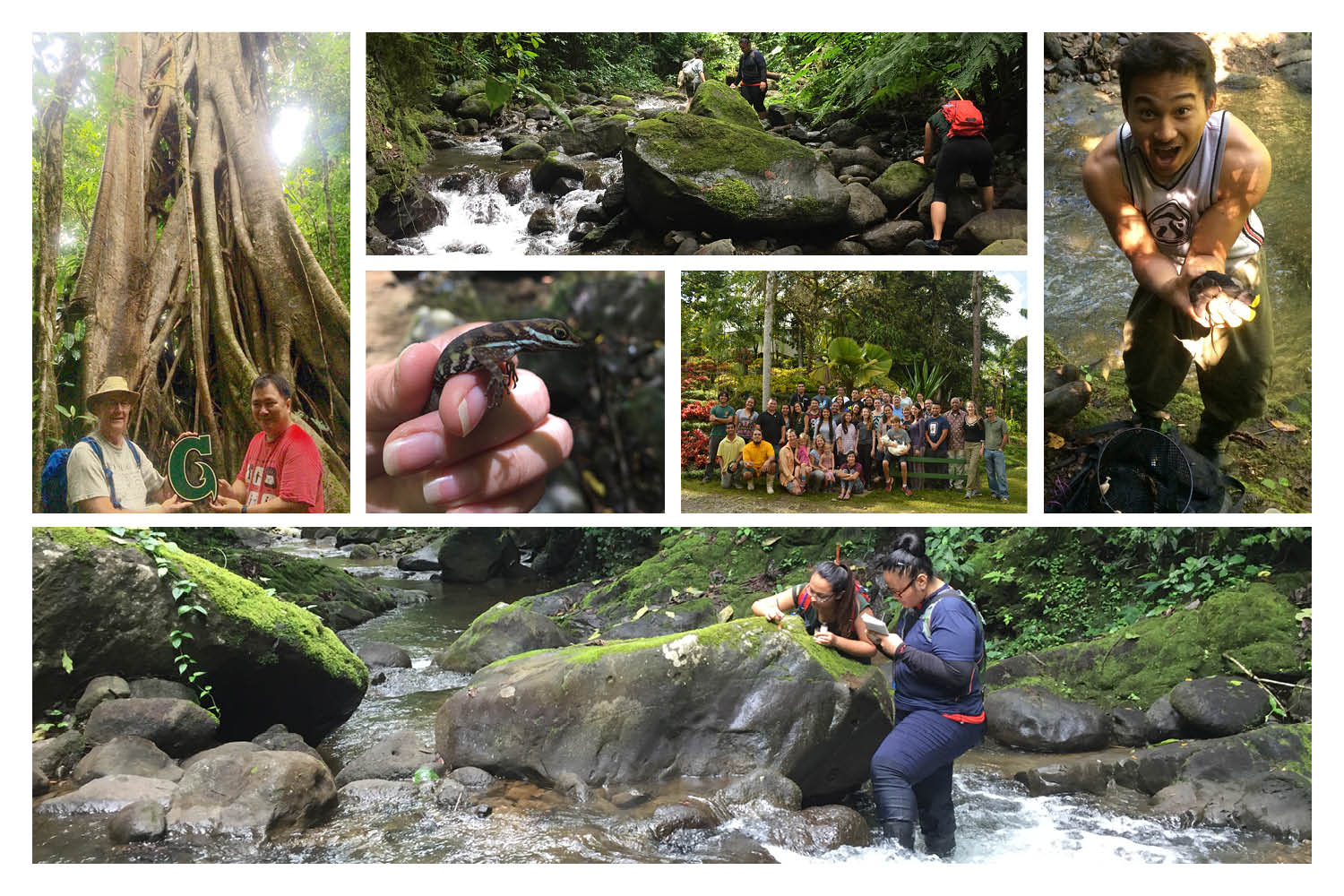