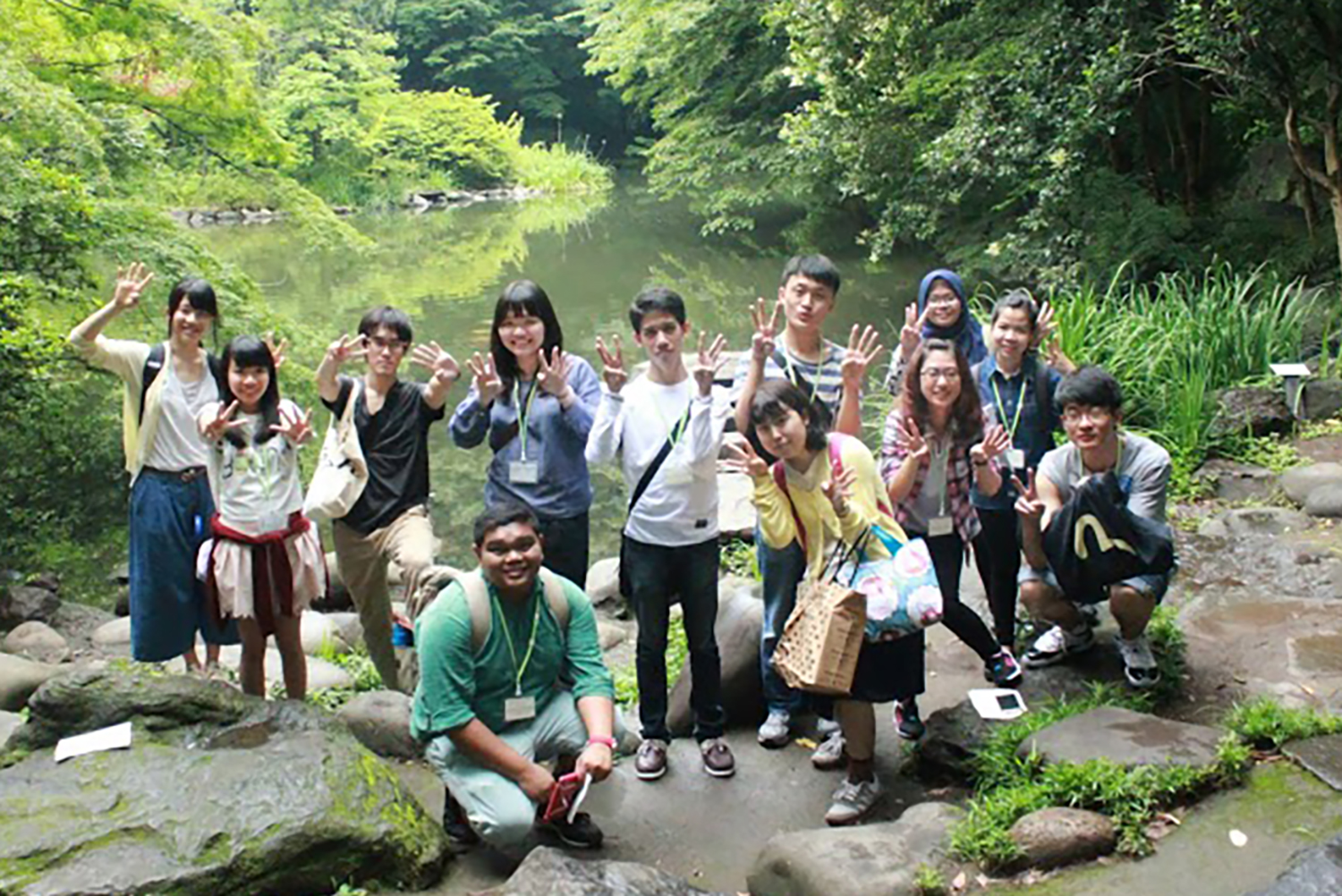 Recent grad Erickson Aquino (middle) poses with other JAL participants at a pond on the campus of Tokyo University.

Erickson Aquino always had an affinity to Japanese culture.

From the animes he watched as a child to joining the Ambassador Club at Okkodo High School— which helps Japanese exchange students learn Guam culture— the recent University of Guam graduate always found a way to express his love of Japan and its people.

So when he was nominated by Professor Fred Schumann to participate over the summer in the JAL Scholarship Program, Aquino felt it was a dream come true.

"I chose to nominate Erickson for a number of reasons,” Schumann said. “One, he has a great interest in international/cultural exchange. He has shown this through his work in the classroom and his involvement in student activities at UOG. Two, Erickson is an open-minded and caring individual. He is very respectful and displays an attitude that shows he cares for others. These are important traits when participating in international program activities. Finally, I felt that Erickson would serve as an excellent representative for Guam and the University."

Launched by Japan Airlines in 1975, the JAL Scholarship Program is a cultural exchange where college students from Asia and Oceania travel to Japan and participate in activities to enhance their understanding of the country.

Aquino said because of the high level of language competency required for the program, he wasn’t sure he was fluent enough to be accepted. But the same day of his interview, the leaders of the program called to congratulate him of his acceptance. By the end of June, he found himself on a plane heading to Japan for the three-week program.

The students stayed in the city of Saitama where they gave presentations on their own cultures and did group work to understand not only Japanese history and culture but how Japan has influenced the students’ cultures as well.

“Japan is our number one tourism market,” Aquino said. “Since Japanese tourists visit Guam, they kind of influence our culture because we have to understand how they are as people and how we interact with them, especially on the business side.”

Aquino and other JAL Scholarship Program participants visited Tokyo University, the Roppongi Hills and the Ishikawa prefecture where they were exposed to a more traditional region of Japan. There, the students wore kimonos, made their own soba, and visited temples.

Aquino, who triple majored in East Asian Studies, Japanese Studies, and Philosophy and minored in Biology and Japanese Language, said his studies at UOG and his involvement in the International Friendship Club helped prepare him for the trip by allowing him to learn and interact with people from Japan.

“It just made me realize how much I really do like working with international students,” he said.

“I help coordinate the English Adventure Program at UOG,” he said. “It’s mainly educational tourism. We have students from South Korea, China, and Japan who come to the University of Guam to study English and learn about our culture.”

The Scholarship and his experience at PIP also have inspired Aquino to continue pursuing his love of culture.

“It made me realize what I really want to do in the future,” he said. “I want to bring students to Guam to learn English and learn Guam’s culture. I enjoy seeing people interact with each other and become friends.” 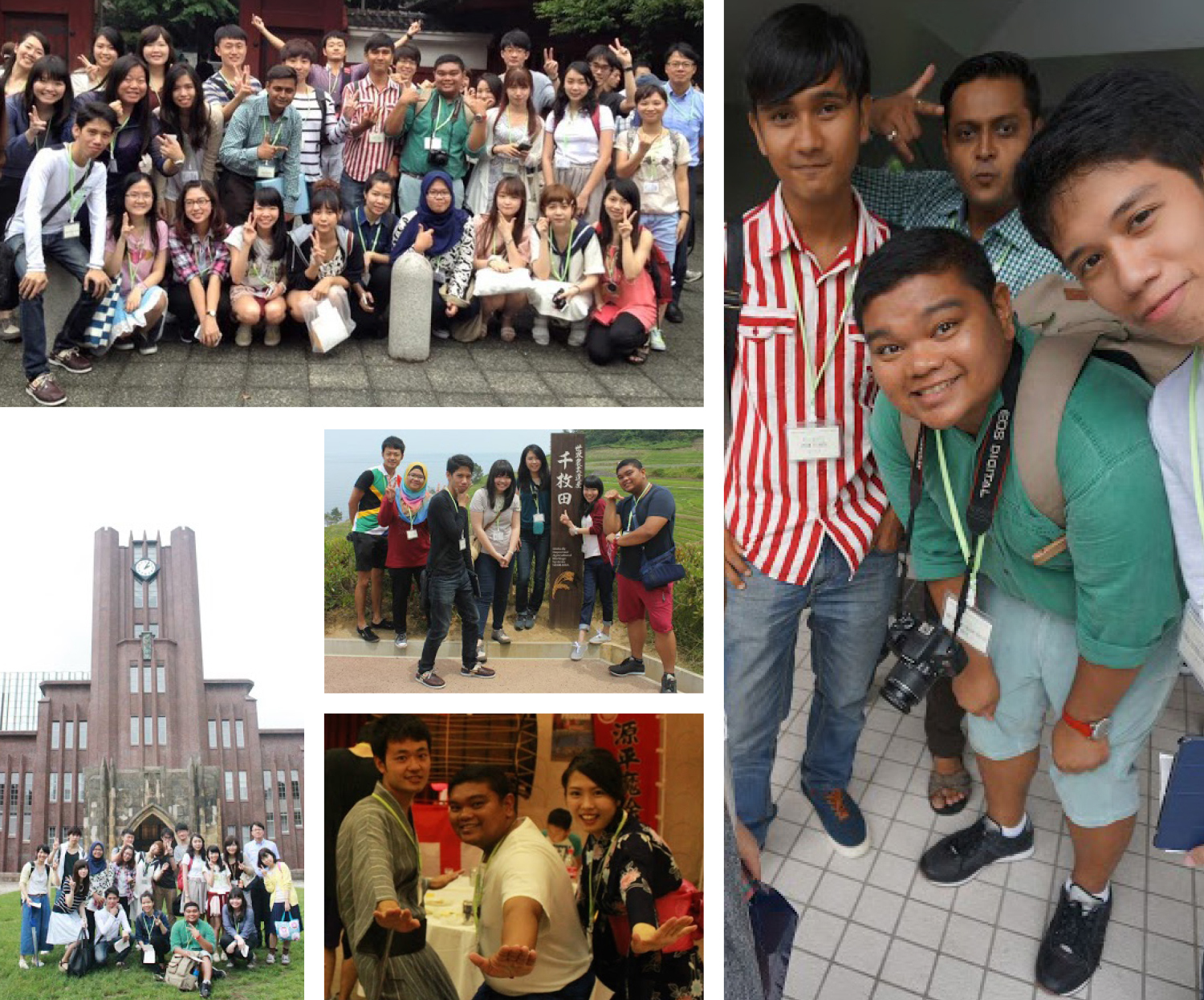