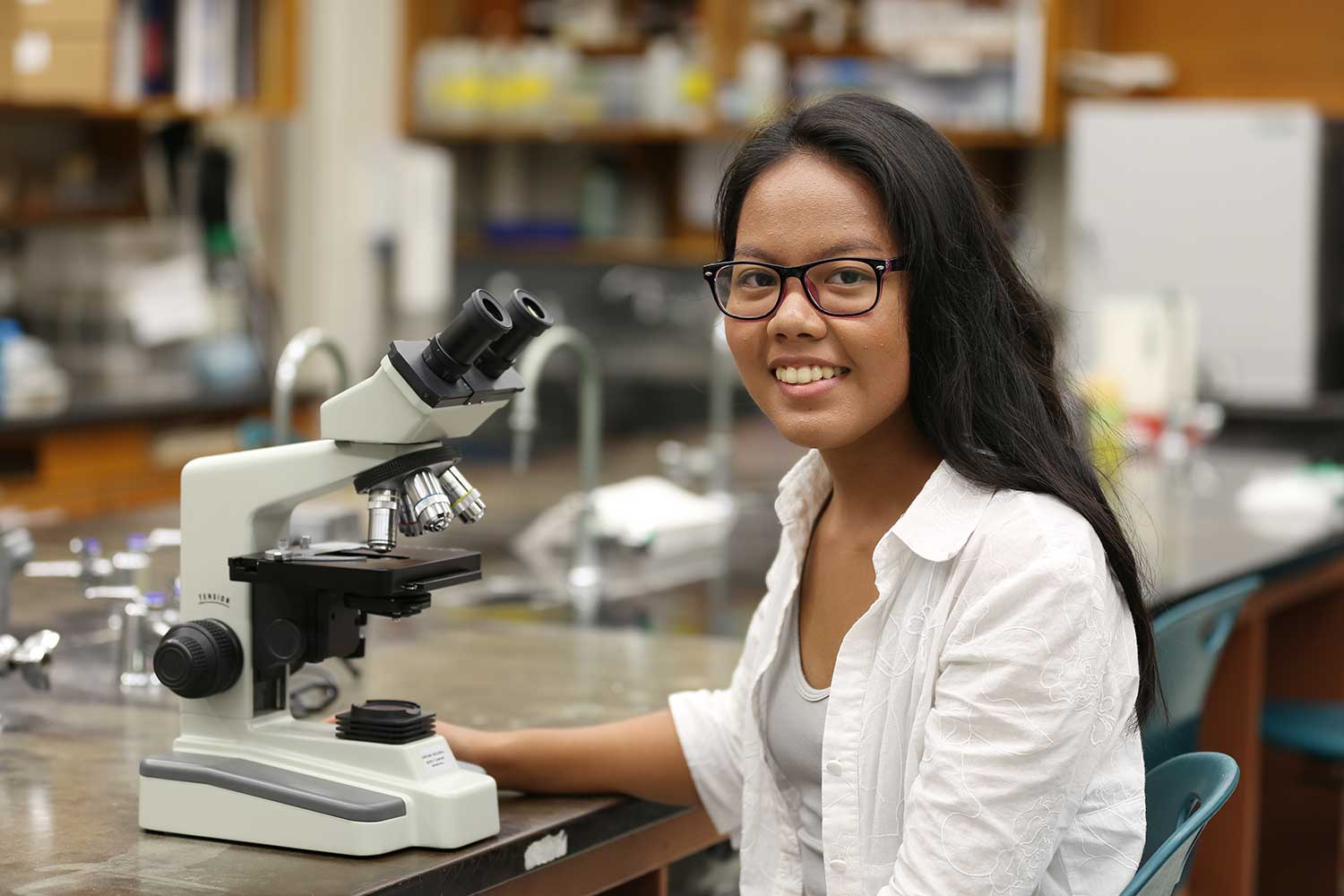 It wasn’t just the daily water cuts Annette Ludwig noticed during her spring break trip to visit family in Pohnpei.

“There’s a decrease in fish and other resources the people there need to survive,” said the University of Guam sophomore. “It’s just slowly disappearing in Pohnpei, and I’m sure it’s like that in the other islands.”

Feeling the affects of climate change first hand and wanting to create solutions in the future, the biology major was the perfect candidate for a two-year conservation program based out of California, said associate professor of biology Dr. Curt Fiedler.

In March, Ludwig was accepted into the University of California, Santa Cruz Doris Duke Conservation Scholars Program, which takes 20 students from around the United States to perform research with professionals in the field and expose them to ongoing conservation efforts.

The program flies each student out for two summer sessions and a winter session over the course of two years. In the second year, students are grouped together and choose a specific conservation organization from around the nation to help conduct research.

“This program helps train students to be more involved in conservation research, Ludwig said. “I’ve always had an interest in science—learning how nature works, how people work—it’s all very interesting.”

Ludwig also noted that out of the 20 students accepted from 160 applications, she’s the only Pacific Islander in the Program’s latest cohort of students.

“For me, that’s exciting,” she said. “I feel more honored to represent Guam and the Pacific Islands.”

Ludwig hopes to improve her research skills throughout the program and use what she’s learned to supplement her education at UOG, which she said has helped direct her into the field of sustainability.

“The biology program at UOG is more ecologically based,” she said. “A lot of the electives are environmentally based, which is helping to set me up for the career that I want.”

Eventually, Ludwig would like to return to Pohnpei and build up the conservation efforts there and throughout the Micronesian region.

“There’s a lot of conservation programs in Micronesia,” she said. “I definitely want to make a mark and change the world for the better. That’s my ultimate goal: to leave the world better than how I found it.”

Fiedler said Ludwig was a great candidate for the program due to her academic achievements and interest in sustainability.

“We in the Biology program are always trying to find opportunities for our students to help them get on their career paths,” he said. “I picked Annette, because she was one of my top students and has an interest in conservation. The UCSC folks were very happy to see someone of Annette’s background and academic talent.”