From Southern Belle to Island Bonita 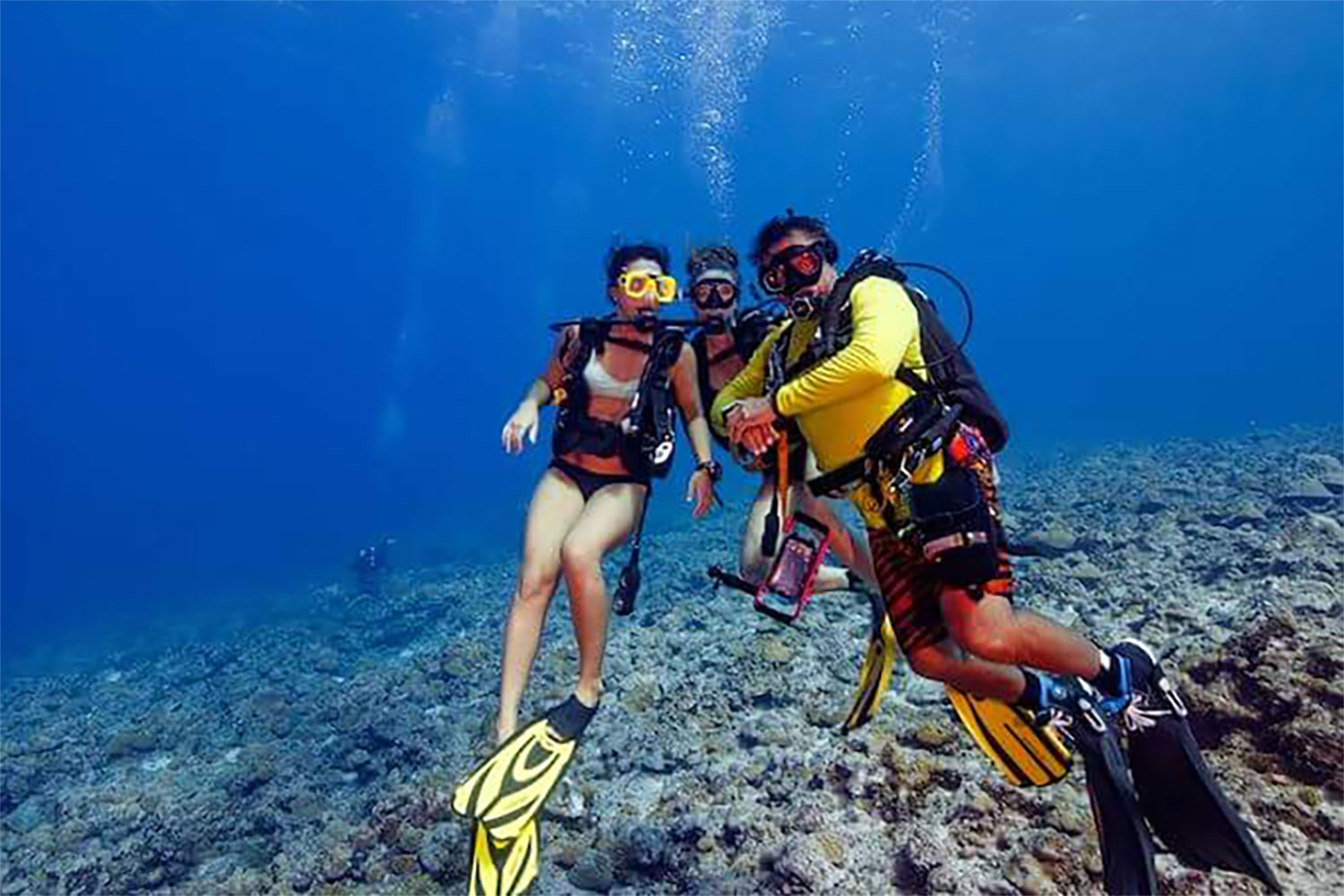 “Where actually is Guam?” my dad asked me when I first decided to go on exchange.

“I think it’s somewhere around Puerto Rico. I’ll double check and call you back,” was my response.

Obviously, when I first decided to embark on this adventure, I both literally and figuratively had no idea where it would lead me.

The number one question that I was asked during my exchange is why I chose to come to Guam. Part of it was logistical reasons: the university offered my major and the courses I needed to stay on track, and it was affordable. 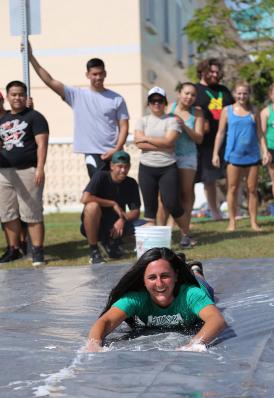 Wells demonstrating the slip 'n slide portion of the Triton Challenge event of the 2016 President's Cup.

The other reason was because when I saw “University of Guam” on the list of schools for the National Student Exchange program, I thought “I know nothing about this place. Maybe I should go there.”

As an aspiring journalist, I want gain as much understanding of the world as possible. While some of the schools in Colorado, California and New York were definitely enticing, Guam stood out as the place that I could learn the most from.

And after an amazing semester, I know I made the right choice.

Studying at UOG taught me a lot and brought forth so much opportunity, both inside and outside of the classroom.

Coming from a huge school—the University of Alabama—and transition to smaller classes at UOG was a great change of pace. I was actually able to get to know my classmates and professors. It allowed me to get a lot of one-on-one feedback, which really pushed me to take my work seriously. If I needed help with anything, I could always find it.

The university is also extremely diverse. I lived in the dorms during the semester, and doing so gave me the opportunity to get to know other students from both Guam and surrounding islands. I was able to learn so much about their cultures—some things that I was nearly clueless about before.

More importantly, I was able to build friendships with some of the most genuine people I’ve ever met.

I also had the pleasure of interning with the Integrated Marketing Communications office at UOG. This had its obvious benefits of college credit and work experience, but it also gave me the chance to get involved with the campus and the community. I was able to work with some truly talented people, which led me to being further immersed in the culture of Guam and realizing how much the island had to offer. 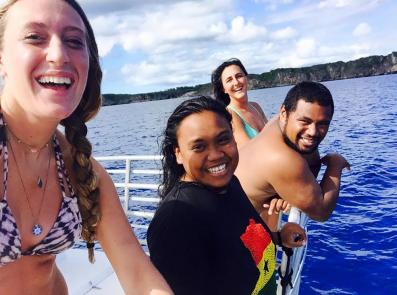 Outside of academia, Guam is an absolutely beautiful place. I’ve always been a lover of the outdoors, so the island was a perfect place for me. Between the ocean, the mountains, and the jungle, a new adventure can be found around every corner.

So where did this exchange lead me? It led me to amazing people. It led me to see things a little differently. It led me to a semester full of adventure and self-discovery. And it pointed me in the direction that I need to go from here.

After graduation, I'm hoping to get my master's in International and Intercultural Communication. My exchange led me to realize that I want to pursue a career that will allow me to travel, research, and write on a global scale. I want to continue to learn about the world in hopes that I can one day help bring it together and alleviate some of the differences and problems faced worldwide.