Triton Actors to Compete in Hawaii 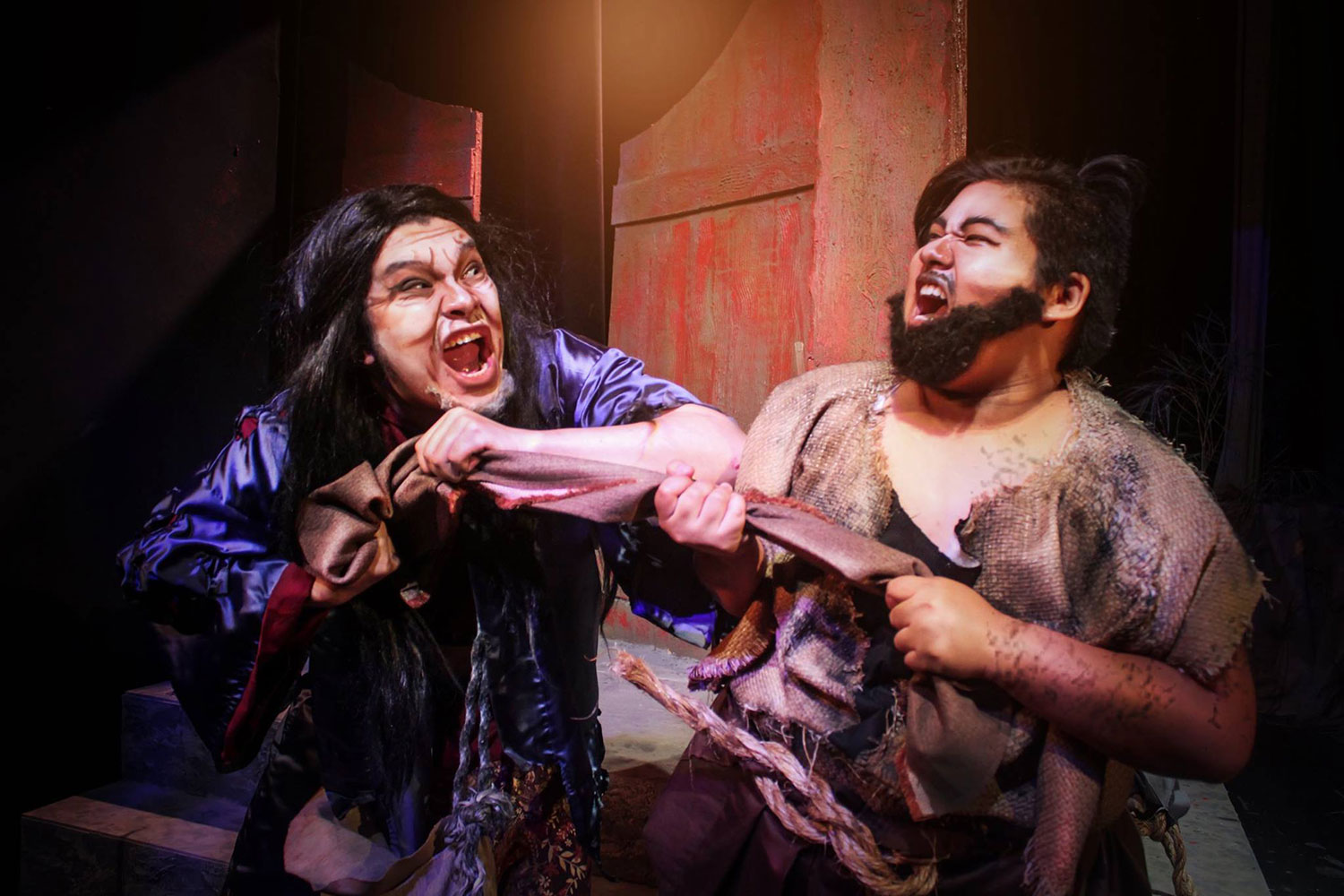 Despite the dark undertones of the play, both Wang and Datuin’s talent shone through so much so that on the final day of production, they heard the news every college theater student hopes to hear.

“With a cast so talented, you can hardly tell who’s going to get chosen for what,” Wang said. “But when the announcement came, I thought that a great opportunity had fallen onto our laps.”

Both Fine Arts majors will be taking their talents to Hawaii in February to compete in the Irene Ryan Acting Competition during The Kennedy Center American College Theater 48th Annual Region VIII Festival.

The Festival—which brings together students from universities in Utah, Central and Southern California, Guam, Arizona, Hawaii, and Southern Nevada—is touted as one of the largest college theater festivals in the nation.

Each year, college theater programs submit a production to be screened by a representative of the competition, and for Datuin and Wang, it was their interpretations of the woodcutter and wigmaker that earned them the opportunity to compete abroad.

Students from the University of Guam’s theater program have attended the Festival and competed against other universities in years past, and next year will be no different.

Students must prepare two scenes with a partner and a monologue. How well a student performs the first scene determines whether or not he or she moves on in the competition.

“We can’t be partners, but I think in both our minds we’ve just won by making it,” Wang said.

Performing on stage at UOG has prepared both Wang and Datuin for the competition, he said, and playing such unique characters pushed both students out of their comfort zones to help them hone their craft.

“Playing the woodcutter was definitely challenging for me,” Datuin said. “I couldn’t connect with the character right away, but I got through it.”

In his role as the wigmaker, Wang embodied an older character in both movement and voice, which was slightly difficult yet rewarding for him.

“I wasn’t used to having that type if old person voice,” he said. “And I usually play lighthearted characters. This was a very cynical old person, so it was a great challenge to find the right mixture of voice and action.”

While the students continue to prepare for their competition, they attribute their development to UOG’s Fine Arts degree program, which exposes them to all aspects of theater, making them not only great actors but holistic thespians.

“The theater program is a handful but a lot of fun,” Datuin said. “The people make you feel at home. You get to do much more than acting. You’re directing, stage managing, designing sets. It goes beyond the typical, and I think it’s pretty cool because it’s so diverse.”