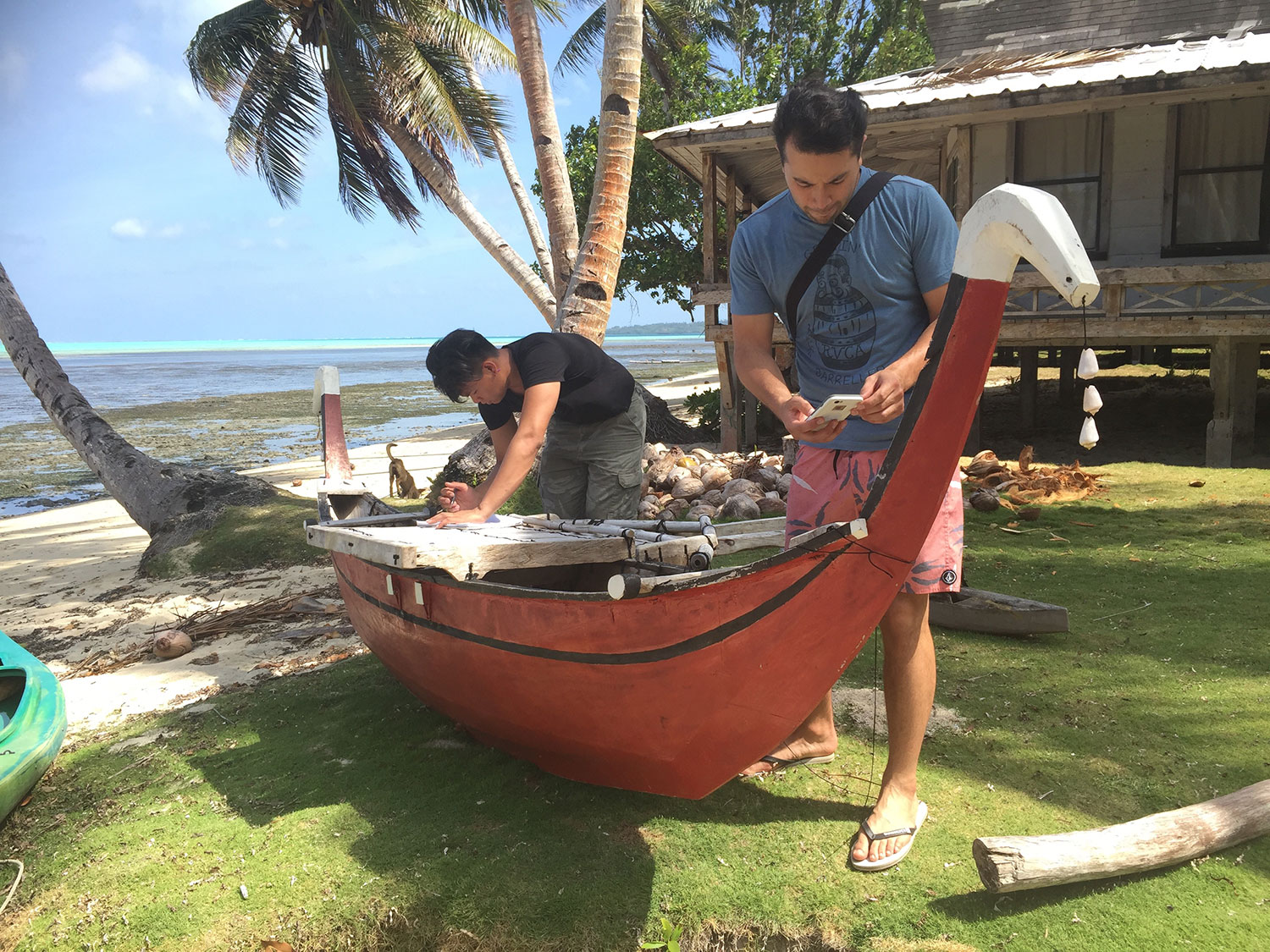 Strapping a snorkel to her face, Brittany Toves jumped into the water to join her classmates.

Taking note of the length, shape, and construction, she’d resurface to jot down details of the nearby fish weirs (aech), a traditional Yapese structure used to strategically and sustainably catch fish.

“We analyzed how it was structured and where the opening is,” said the senior anthropology major. “We snorkeled around and had to sketch it out.”

This fishing method served as the focus of the first of three hands-on field research projects conducted on the island of Yap by six University of Guam anthropology majors. The other two projects consisted of mapping out the pathway to the Mangyol stone money bank and studying the carving and use of traditional Yapese canoes.

Led by Assistant Professor Dr. Bill Jeffery on a 10-day trip last spring, the students broke into teams of two to conduct fieldwork on the traditional cultural heritage of Yap in collaboration with the Yap State Historic Preservation Office. 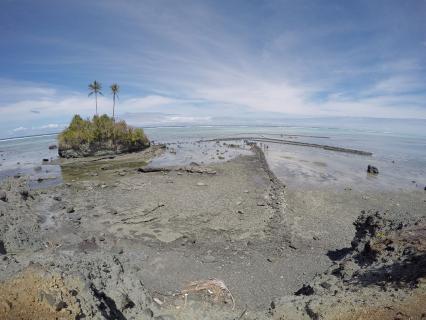 Toves and her partner senior Danton Cruz spent the majority of their time taking measurements of nine aech around Yap proper. Working with the tide, the aech corral and trap the fish, while allowing people to release what’s not needed, Toves said.

Around eight years ago, Jeffery—who has worked as a maritime archeologist for more than a decade—spent nearly five months studying Yap’s aech alongside the Federated State of Micronesia Historic Preservation Office. The people of Yap have been hoping to revive the fishing practice. While still on that journey, they continue to learn best practices in constructing new aech while maintaining the old ones, Jeffery said.

“It’s not just an archaic interest,” he said. “It has a real application on how modern-day people can live more in harmony with the environment.”

Senior Angelina Pangelinan and her partner senior Chelsey Murphy helped map out the pathway of the Mangyol stone money bank, which is considered the most traditional stone money bank in Yap, Jeffery said.

This site also has recently been nominated for inclusion in the United Nations Education, Scientific, and Cultural Organization (UNESCO) World Heritage Site, and work the UOG students completed will help that come to fruition, Jeffery said.

More than 30,000 round, limestone disks, which can be longer than 10 feet in diameter, can be found in 200 stone money banks in 134 villages throughout the island. And the better the story, the more valuable to money becomes.

“The ‘value’ of the stone money is not in its size but in the associated stories and hardships in acquiring it,” Jeffery said.

Seeing the sheer size of one of the traditional Yapese canoes, senior McMichael Mutok immediately thought of the canoes built on his home island of Palau.

“In Palau, we usually build canoes for war and transportation, and some are on display for tourists,” he said. “In Yap, they build canoes three to four times bigger than Palauan canoes.”

While he and his partner senior Rico DelaCruz-Roldan studied the size and shape of traditional Yapese canoes, they also learned first-hand the techniques used to make them.

“We carved a piece of the hull and documented the techniques of gluing, sculpting and construction of a canoe, which was overseen by a master carver,” DelaCruz-Roldan said.

Participating in anthropological fieldwork in Micronesia meant something special to Toves, who said having someone from the region studying Micronesia would bring a new perspective to anthropology.

“What would be great to have is someone from Guam studying Guam,” she said. “Even though it sounds like a little thing for someone not from Guam, it’s a lot different when you’re trying to apply your knowledge in a place that you know and understand.”

For more information on the anthropology degree program at UOG, visit http://www.uog.eduhttps://catalog.uog.edu/current/programs/college-of-liberal-arts-and-social-sciences/anthropology 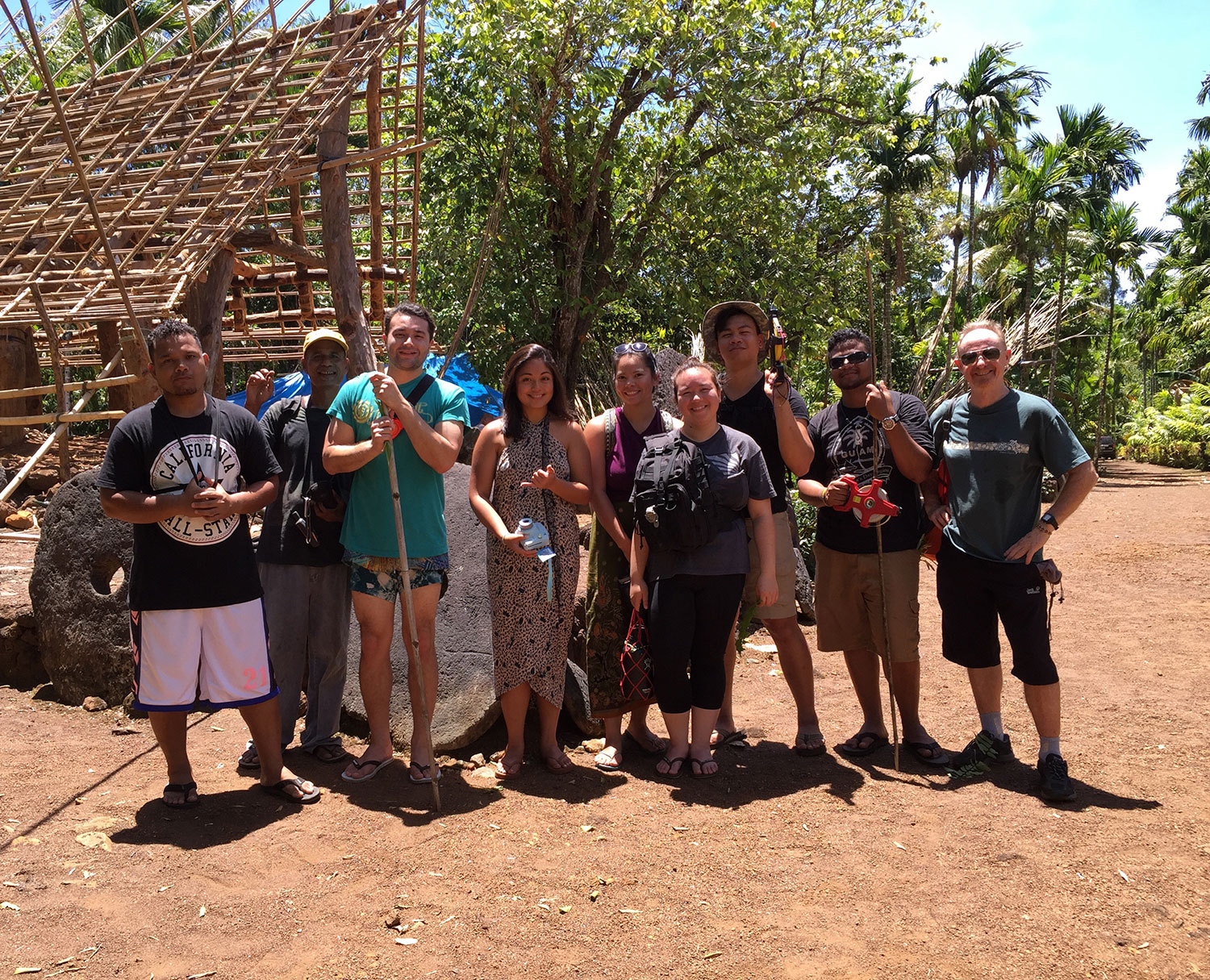