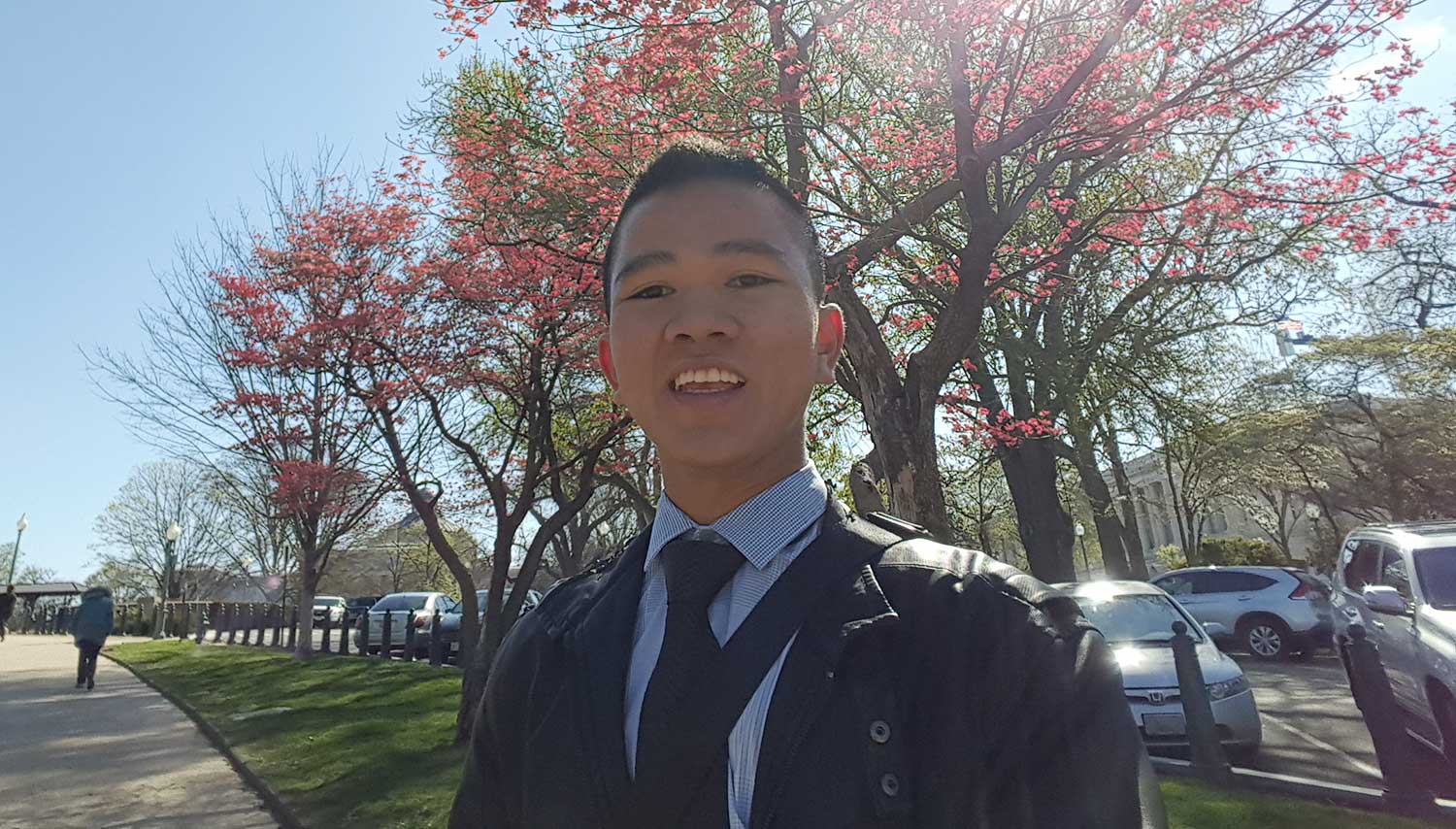 Leonel “Leo” F. Llegado, a Criminal Justice major with the School of Business and Public Administration was recently named Guam’s 2016 Truman Scholarship Finalist. Llegado is the son of Isabelita and Gavino Llegado.

Annually, candidates for the Truman Scholarship go through a rigorous, multi-stage selection process. This year the Foundation reviewed 775 files from 305 institutions. Students were selected based on their records of leadership, public service and academic achievement. Llegado was selected as one of 197 students from the 775 applicants for the second round of the competition making him a 2016 Truman Scholarship Finalist. Llegado was interviewed before an expert panel in Washington DC. on April 6. Fewer than 60 Truman Scholars will be selected this year.

Recipients of the Truman Scholarship receive a $30,000 scholarship toward graduate school and the opportunity to participate in professional development programming to help prepare them for careers in public service leadership.