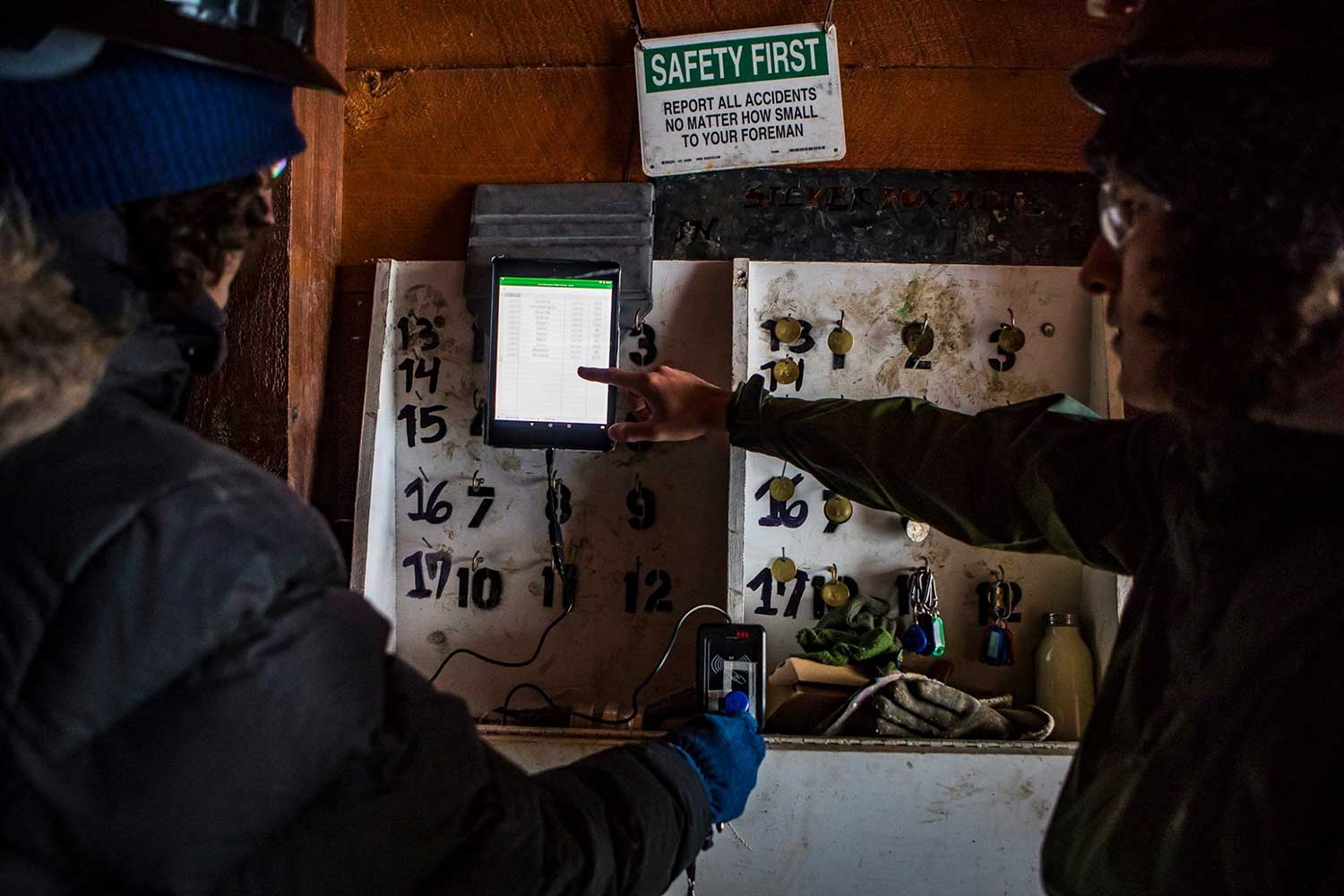 Twin brothers and former University of Guam pre-engineering students recently updated a life-saving measure for miners in Alaska and beyond.

Safety protocols at various mines require documentation of entry and exit. According to the U.S. Department of Labor, having a “check-in/check-out” or CICO system “provides a method to ensure all workers are accounted for, and may trigger the deployment of mine rescue teams for missing workers.”

At the student-run University of Alaska Fairbanks Silver Fox underground mine, the CICO system consists of logging this information in a notebook located at the mouth of the mine. Once checked in, people then take a unique brass tag that would help identify them in case of an emergency.

Over time, managing the notebook’s information, location and physical condition would be a challenge.

With the help of their mentor and UAF Professor of Mining Engineering Dr. Rajive Ganguli, Aaron and Benjamin Rouse last semester created a solution to this problem.

RFID is a technology that is used in auto-identification for various objects. One example of this technology in use is the tall, slim objects located at the entrance of stores that alert staff when goods are being shoplifted.

For the Silver Fox mine, each visitor would be assigned a unique physical tag—which in this case resembles the traditional brass type—equipped with an RFID chip that is then scanned by a reader. The reader transmits the tag and time stamp to a tablet or computer. 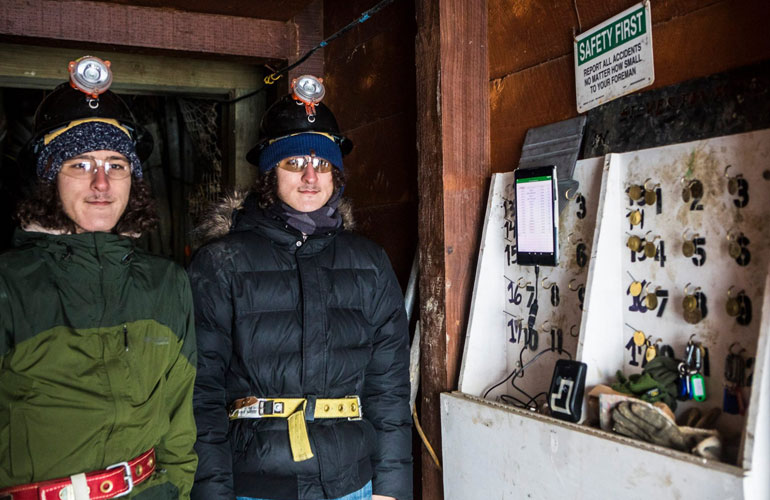 Caption: Benjamin Rouse, left, and his twin brother Aaron display their new check-in/ check-out system at the mouth of the Silver Fox underground mine at the University of Alaska-Fairbanks. Photos courtesy of UAF Mines.

“We wanted to develop a time-check-in-check-out system by gathering technologies that were available in the market,” said Aaron Rouse. “As we looked for a technology that we could use, radio frequency identification seemed like the best and most cost effective option.”

The product was successfully tested during a controlled blast conducted at the mine in October. In the meantime, the Rouses have been making improvements to their prototype, which they’ve been encouraged to commercialize in the future.

Benjamin and Aaron completed the UOG pre-engineering program in 2016 before transferring to UAF to earn a bachelor’s in Mining Engineering.

They credit UOG’s program for generating their interest and being a solid foundation upon which they were able to feed their curiosity in the field.

Both brothers chose mining engineering because it is the foundation of production in our modern society. Without it, other industries would not have any raw materials to produce their goods.

“Almost all items that we use in our daily lives, such as smart phones and cars, somehow contain minerals that are extracted from mines,” Benjamin Rouse said. “Without the minerals, other engineering disciplines and even our convenient daily lines cannot exist. It’s essential to everyone’s lives.”

Following their graduation in 2019, the twins plan to become professional engineers (PEs) and hope to work at mines in either the U.S., Japan, or Australia.

* Information in this story provided by UAF Mines