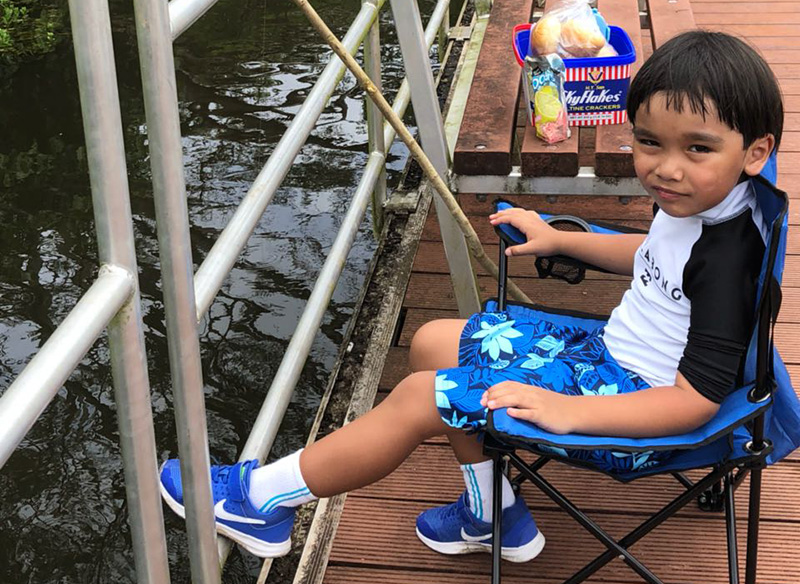 Bread, worms, fish? Or corn, crackers, stale donuts? At the sixth Kids’ Freshwater Fishing Derby held earlier this month, 35 youth between the ages of 5 to 16 participated in the competition held at the Masso Reservoir in Piti.

Eight-year-old Tianna Vasquez-Bilon won after catching a 186mm tilapia. She contributed to the total derby catch of 69 tilapia, sleepers, and shrimp.

Thomas Detry (10) came in second with a 173mm macheng (sleeper) while Tylor Vasquez-Bilon (10) came in third with a 160mm tilapia.

Other freshwater species living in the Masso Reservoir include umatang (flagtail) and asuli (eel). Early risers could be lucky to hear a pulattat (Marianas moorhen), which has also been known to nest in the area.

The derby, using a fishing platform built six years ago, offers youth an opportunity to fish in a safe environment. The Department of Agriculture (Ag) spearheads the annual event to encourage recreational fishing while UOG Cooperative Extension & Outreach coordinated activities to teach people about the area’s natural resources.

And if the occasional rain wasn’t enough in the derby’s few hours, Forestry staff lightly hosed kids from their fire truck and 5-gallon water bladder bags. This essential equipment helps

Since 2008, the Department of Agriculture has planted more than 14,000 trees in the Masso area to decrease erosion and help restore the Asan-Piti watershed. Wildfires, all of which on Guam are started by humans, threaten the decade-long restoration effort.

All activities, part of larger island-wide Earth Month events, helped participants to understand Guam’s environment and ways to protect it.

UOG’s College of Natural & Applied Sciences (CNAS) provides science-based information and teaching to the people of Guam on a large range of subjects. Cooperative Extension & Outreach’s mission is to increase residents’ knowledge on topics ranging from pest management and natural resources to business planning and economical living. Check the CNAS website for workshops and other science-based activities at http://cnas-re.uog.edu/. 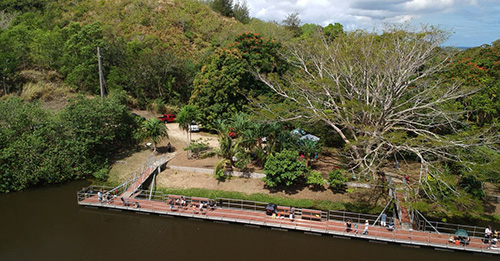 Platform: Over 70 attendees went to Masso during the derby’s three hours. Photo by Jay Sunga. 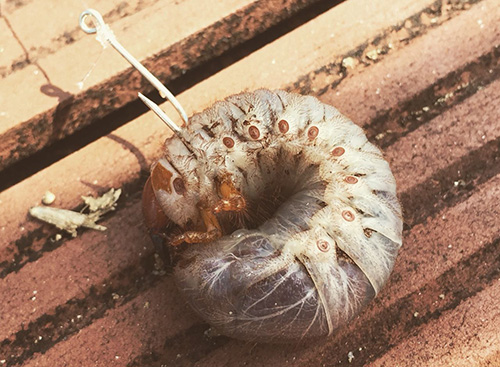 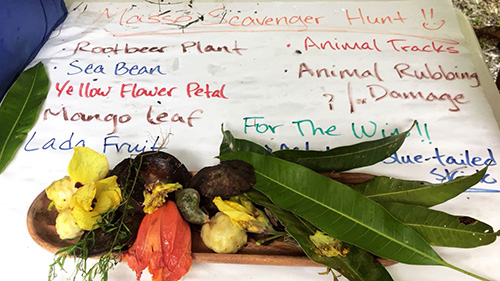