Dreams do come true at the University of Guam, as two women's soccer players earned partial tuition scholarships and signed UOG Athletic Letters of Intent to play for the Lady Tritons soccer team in 2018-19. Both students are either already attending UOG or starting this fall.

Kaitlyn Cox, a Honor Student from Guam High School earned a scholarship from UOG Soccer Coach Rod Hidalgo on August 6th at the UOG Soccer Field during an open tryout for the UOG Men's and Women's Soccer teams.

Cox played 4 years of soccer as a mid-fielder for the Panthers and includes one 2nd place finish in the IIAAG Playoffs. She also played 3 years of volleyball at GHS and even played one year of football her freshman year at the school as a kicker. She also has club soccer experience playing for the Southern Heat football club.

Sopheary Soun also earned a partial tuition scholarship and signed a UOG Athletic Letter of Intent for the Lady Tritons. She played soccer and was captain of the team at Robert D. Edgren High School in Japan where she also played basketball. She was a "High" Honor Student at Edgren High.

UOG Soccer will have two more days of tryouts for both teams on Monday/Tuesday, August 27-28 at 4:00pm each day. These tryouts will lead into the start of regular practice for the Tritons as they prepare for 2018-19 season which begins in September or early October for both teams. 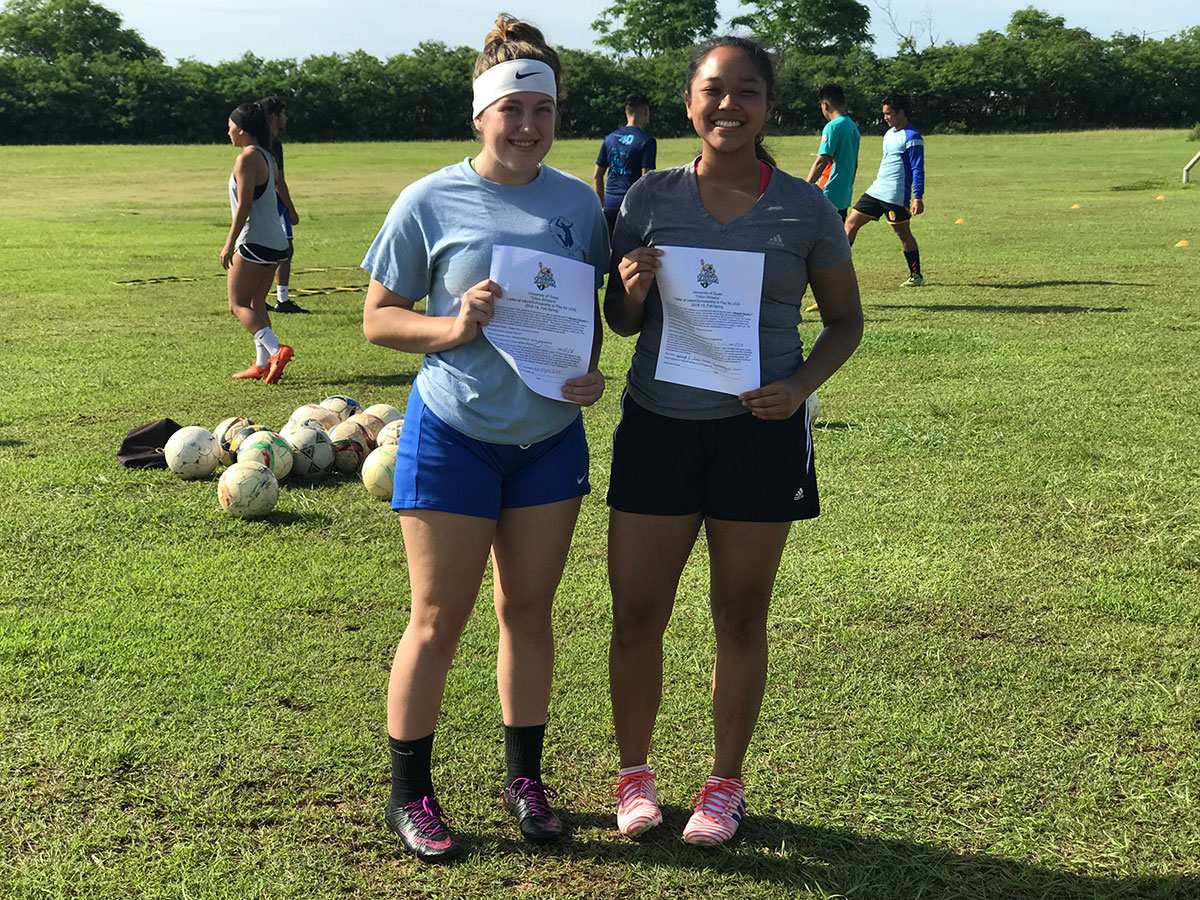 Kaitlyn Cox on the left and Sopheary Soun on the right, photo by UOG Athletics Director, Doug Palmer