The University of Guam Women's Soccer Team signed former D2 foe, Tiffanie Rodrigues, who played for the Bank of Guam Lady Strykers, to a UOG Athletic Letter of Intent and a partial tuition scholarship to play for the Lady Tritons in 2018-19.

Rodrigues played for the West Oahu High School from Hawaii in 2002 and was ranked the #1 female goal keeper on Hawaii and she was a two year All-Star on Hawaii as a high schooler.

Tiffanie has been named twice as the Offensive MVP for the Guam Women's Tackle Football League (2012 and 2018) and has been a Football All-Star for 6 seasons in a row.

She played two seasons with the BOG Lady Strykers in the Guam Football Association's Division 2 League which included the UOG Tritons. 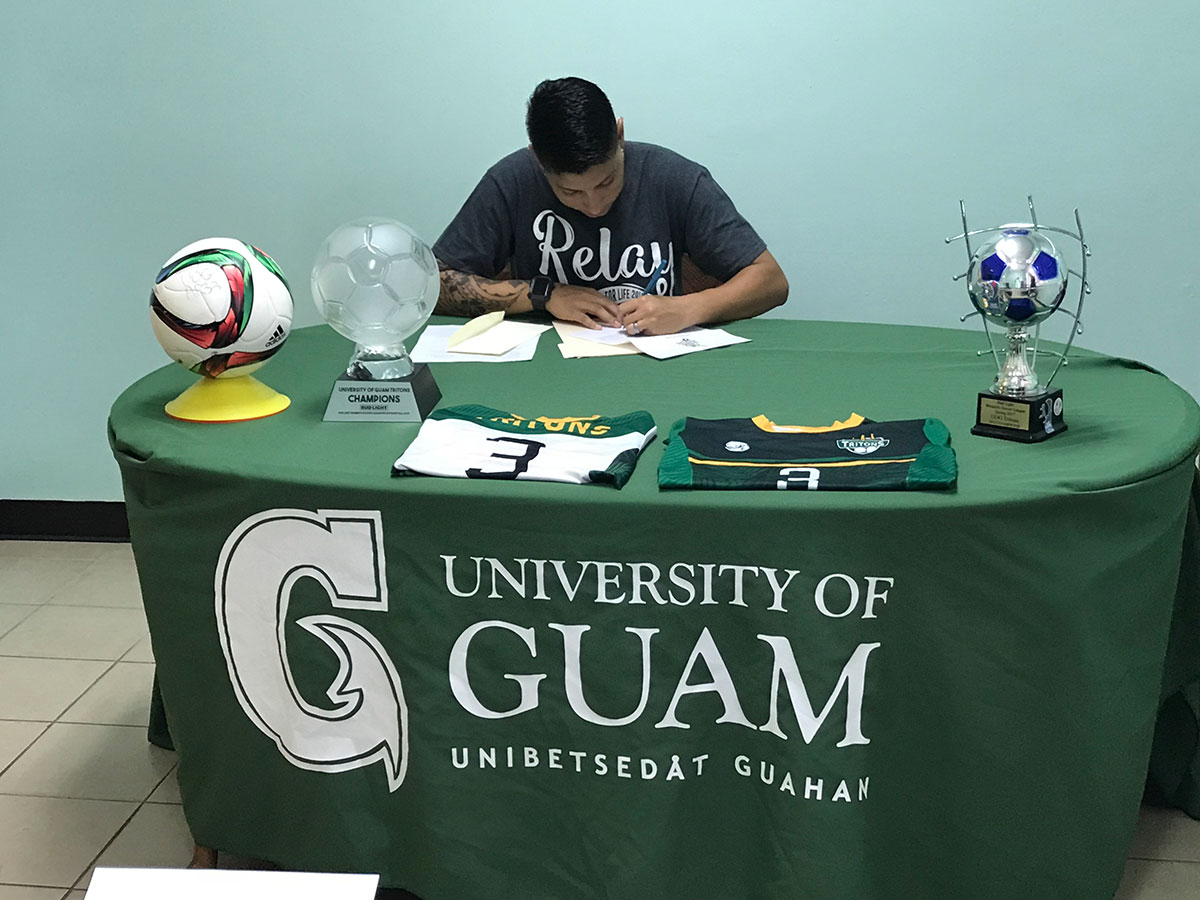 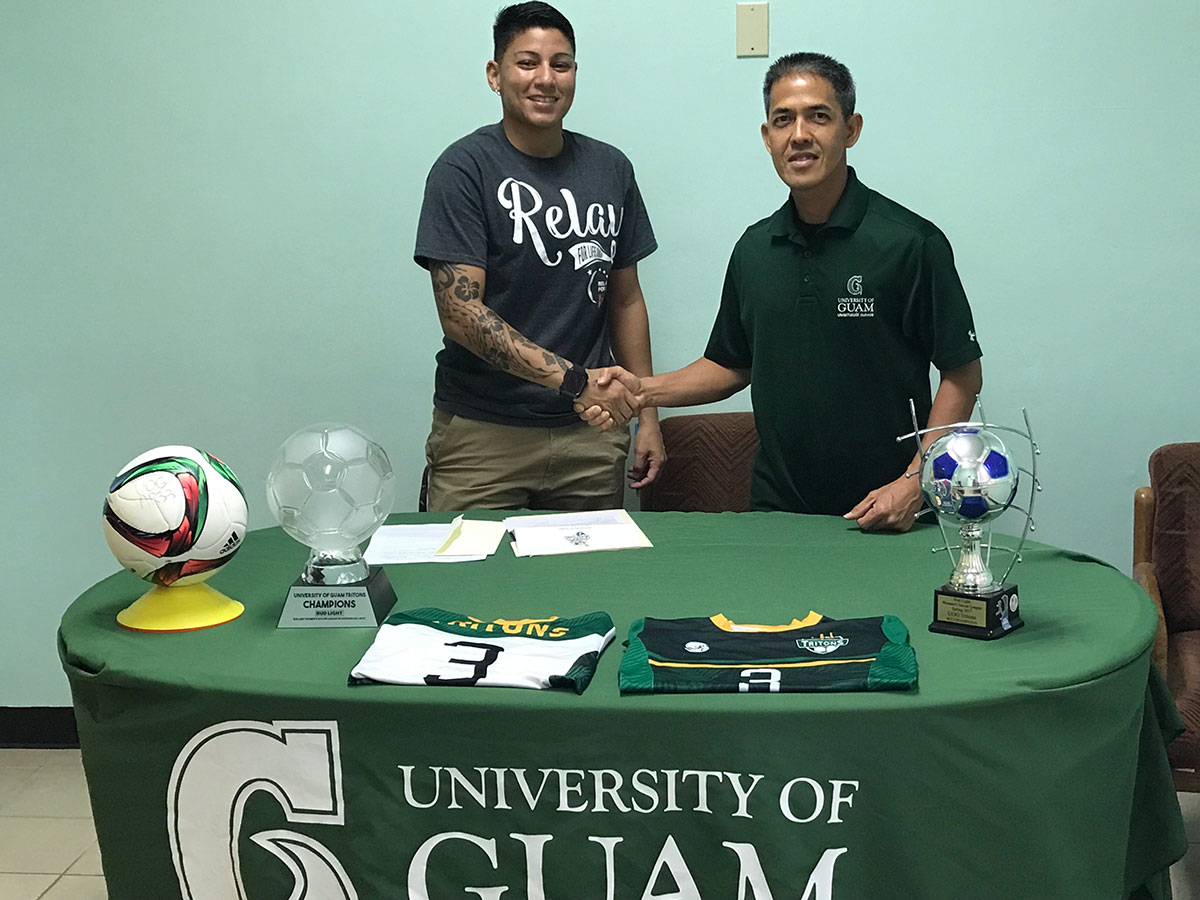