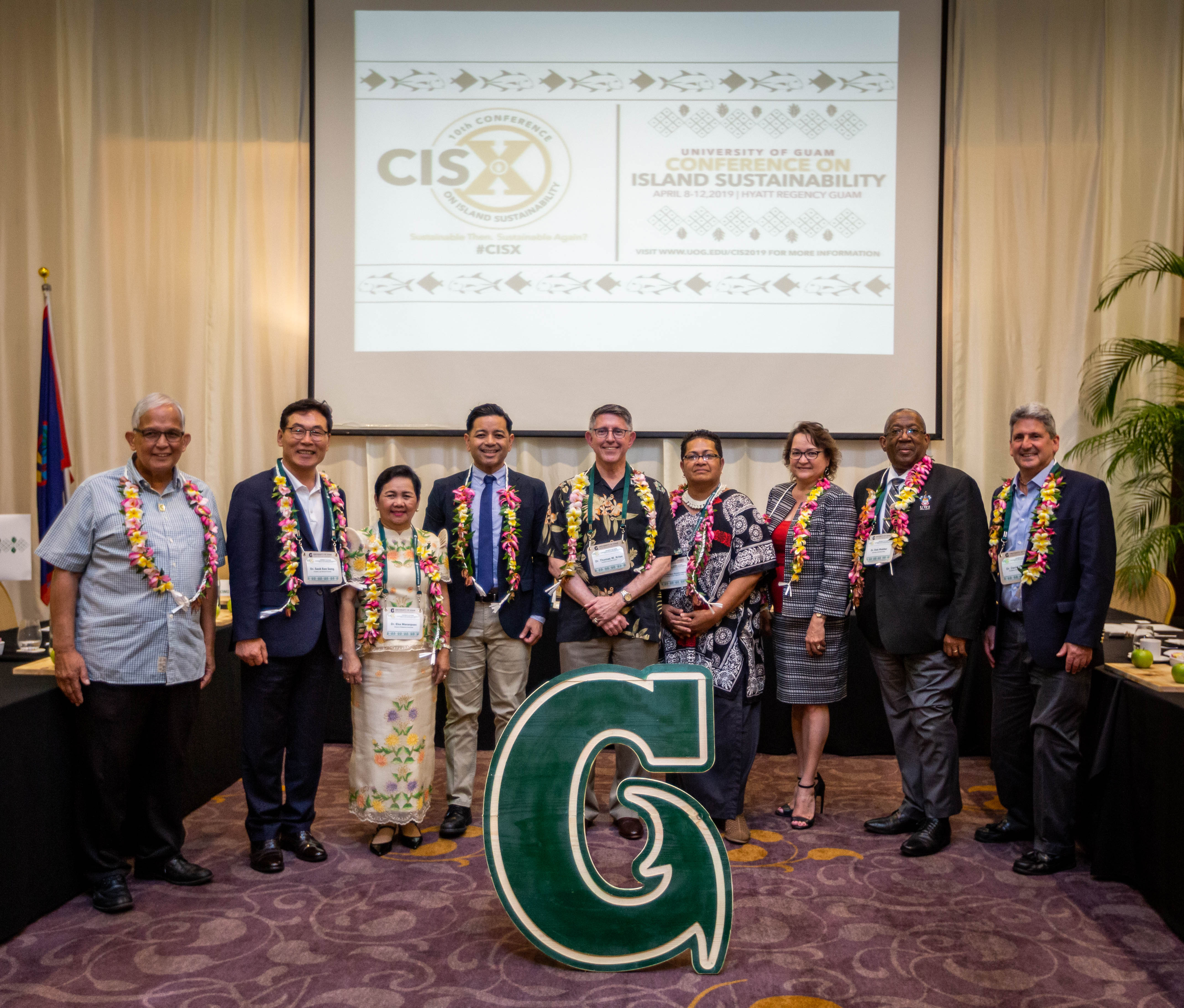 The presidents of eight island colleges and universities made several collective commitments toward sustainability yesterday during a presidential summit prior to the start of the 10th University of Guam Conference on Island Sustainability at the Hyatt Regency Guam.

“All of our universities are uniquely well-suited to help society figure out how to meet the challenges that we’re facing in terms of sustainability,” said Thomas W. Krise, president of UOG. 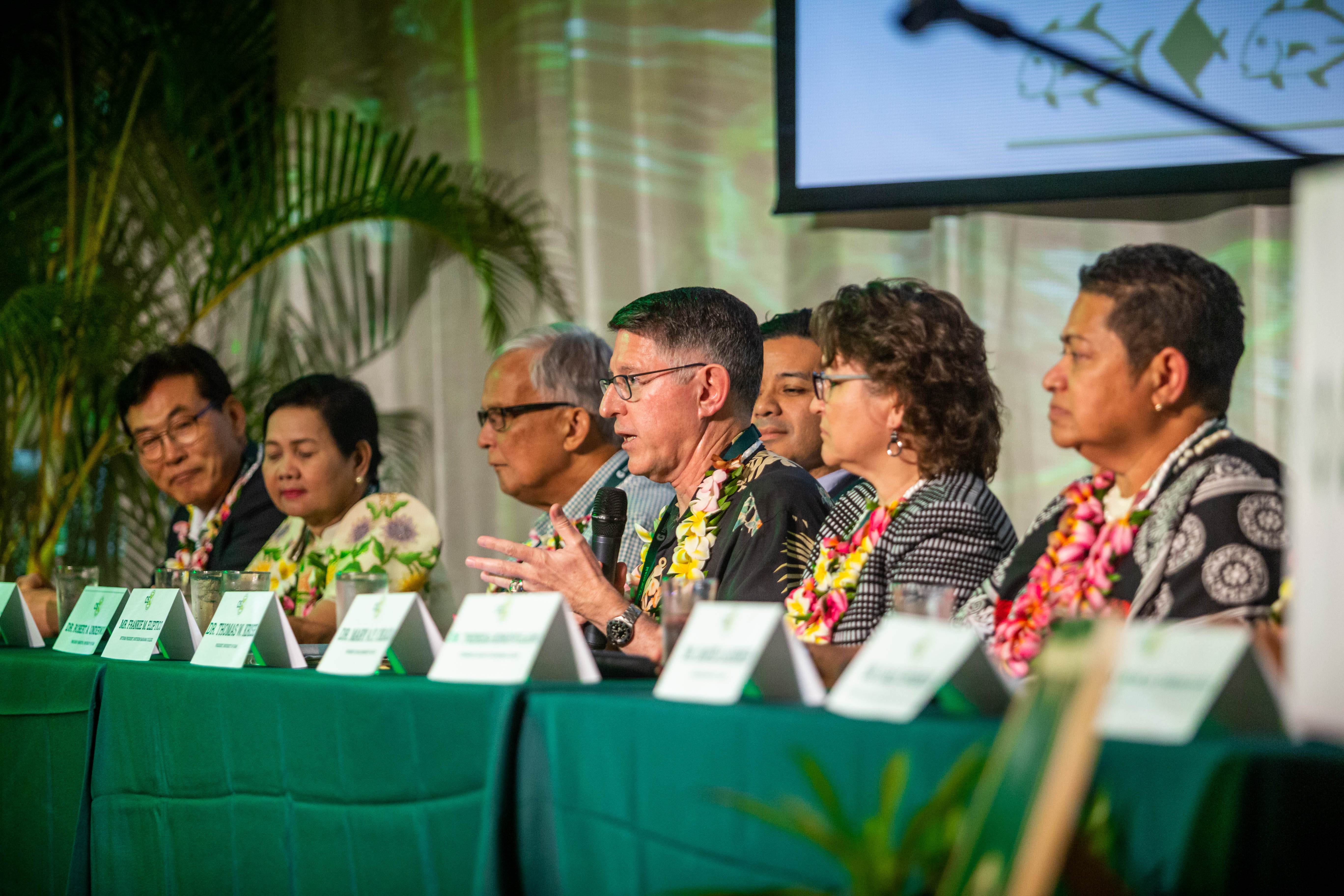 The university heads shared with one another the specific initiatives underway on their campuses to address sustainability issues — including renewable energy, rainwater catchment, and transportation projects — as well as the challenges in island sustainability that they continue to face, including waste reduction and food security. They then agreed upon the following list of commitments in terms of educational programming and university activity:

“Universities were not built for themselves — they were built for their communities,” said Dale Webber, pro vice chancellor and principal of the University of the West Indies, Mona Campus in Jamaica. “We are islands apart, but we are all in this together.”

The Conference on Island Sustainability officially kicked off yesterday afternoon and will continue through Thursday.

A complete agenda can be found at www.uog.edu/cis2019/. Several portions of the conference are free to the public, including the “CIS Seed Talks: Ideas Worth Cultivating” tonight from 5:30 p.m. to 7:30 p.m. and the GAX Block Party from 6 p.m. to 10 p.m. on Thursday at the Guam Museum.