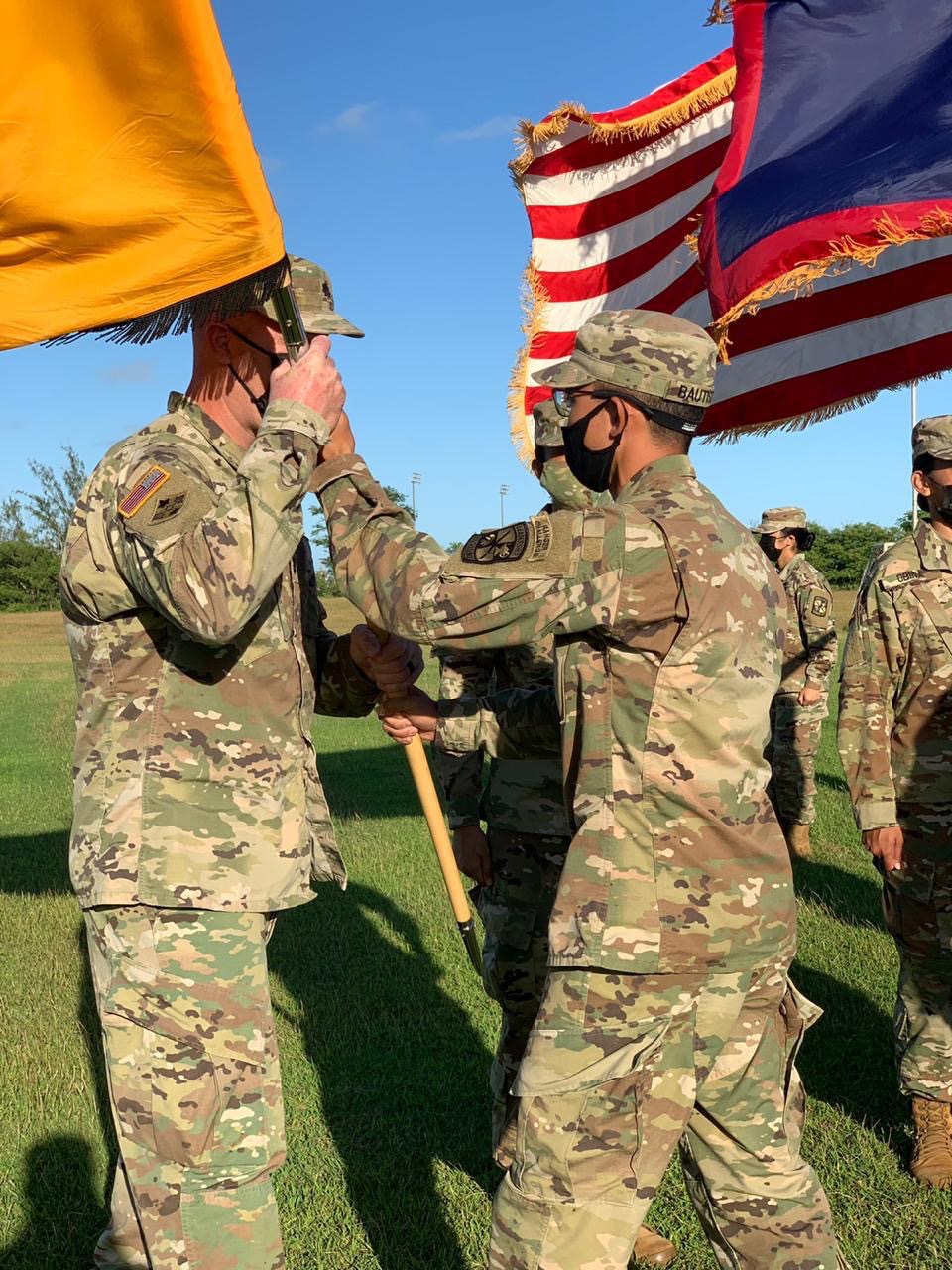 ROTC Cadet Battalion Commander John Joseph Bautista holds the battalion’s colors for the last time as he passes them to Lt. Col. Thomas Anderson, professor of military science, during the Battalion Change of Command Ceremony in December. 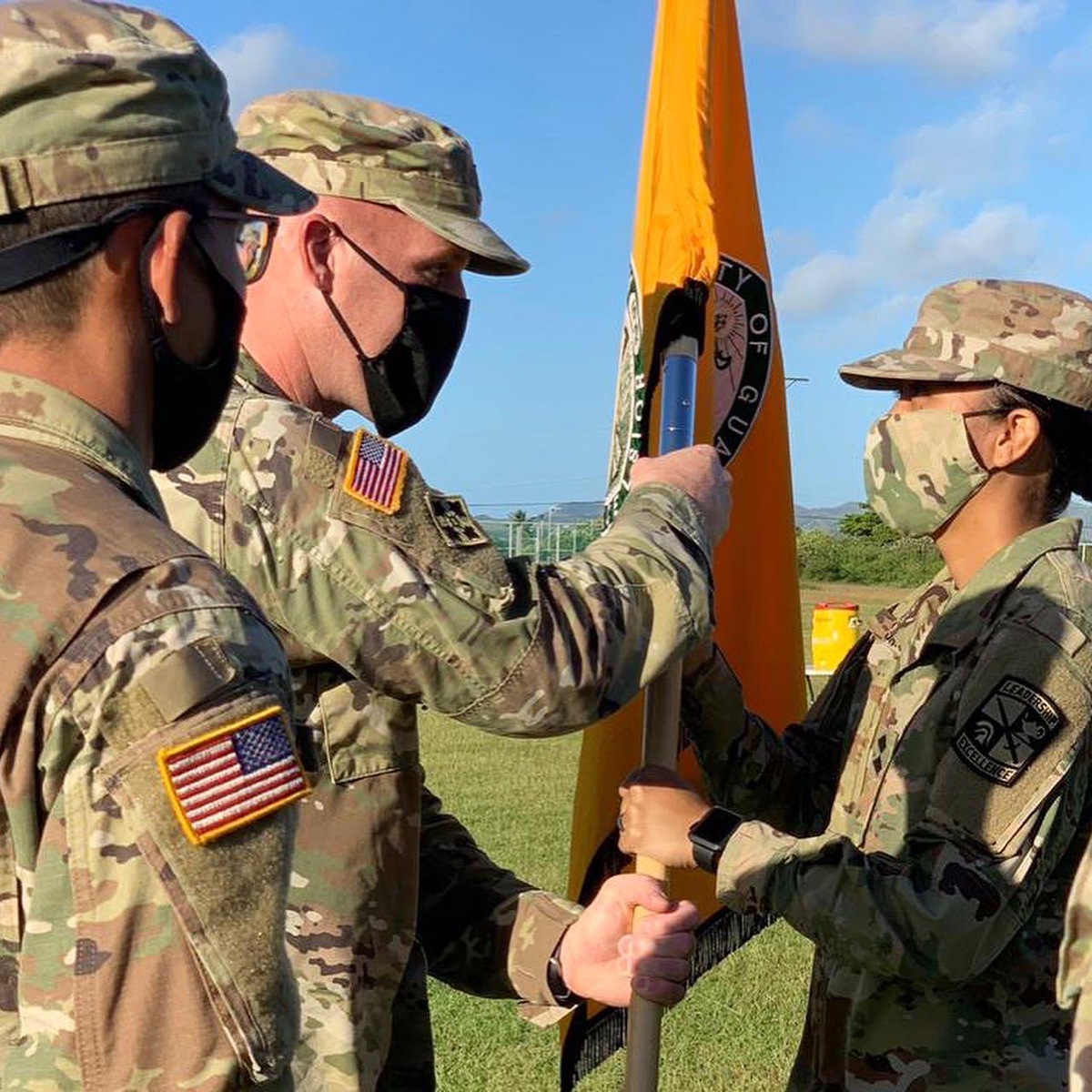 Cadet Emilyn Santos, incoming commander of the University of Guam ROTC battalion, takes the unit’s colors from Lt. Col. Thomas Anderson during the Battalion Change of Command Ceremony in December. 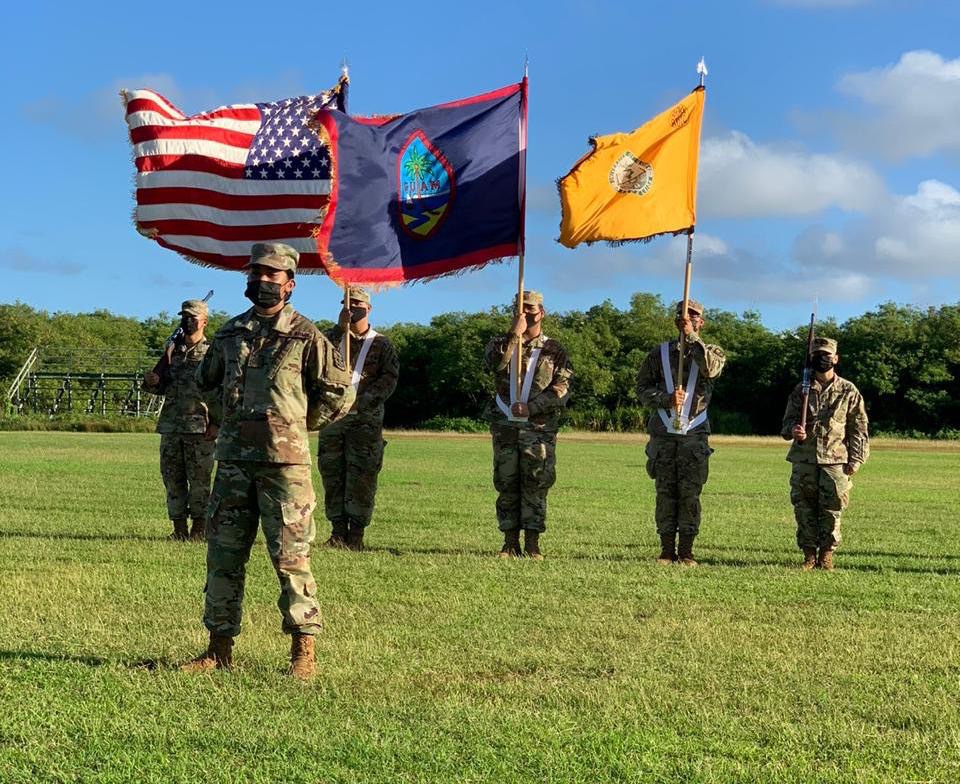 Command Sgt. Maj. Samde’lana Obina of the University of Guam ROTC Cadet Battalion, who serves as the principal advisor to the battalion commander, leads the formation during the Battalion Change of Command Ceremony.
❮
❯

Cadet Emilyn Santos has been installed as the new commander for the University of Guam ROTC battalion. She received the battalion’s colors from former Battalion Commander John Joseph Bautista in a small outdoors ceremony in December.

Santos’s new role as battalion commander is one example of the different leadership positions for which the ROTC cadets are selected during their time as students. Leading their peers in the program allows the cadets to put into practice the leadership lessons and theories they learn in the classroom.

“She is the right leader for our program right now,” said Lt. Col. Thomas Anderson, professor of military science at the University of Guam. “I’m excited to see the ways that she will use her well-developed leadership skills to take the battalion to new heights this semester.”

Upon relinquishing his command, Bautista thanked his wife and children for their support, and he acknowledged that the other cadets in the program were his inspiration for working hard to be a worthy commander.

“By the very fact that we were not afraid to make mistakes throughout the semester, to unpack them, and then learn from them — I believe we met the training objectives expected of us,” he said.

Anderson said Bautista played an important leadership role last semester in encouraging the cadets to stay connected and resilient in the face of the current pandemic.

“He led from the front last semester,” Anderson said. “He has a lot to be proud of, especially with his ability to keep his fellow cadets safe and mentally strong in an emotionally tense environment.”

During the ceremony, Anderson encouraged Santos to continue to build upon the great camaraderie that already exists in the battalion.

Santos addressed her new battalion and the ROTC faculty at the ceremony, saying, “To everyone [who has] helped me get to this point, what I offer in return is more of my hard work — to keep on keeping on.”

Established in 1979, UOG’s ROTC program has been producing Army leaders for Guam and all of Micronesia as well as the United States for more than 40 years.