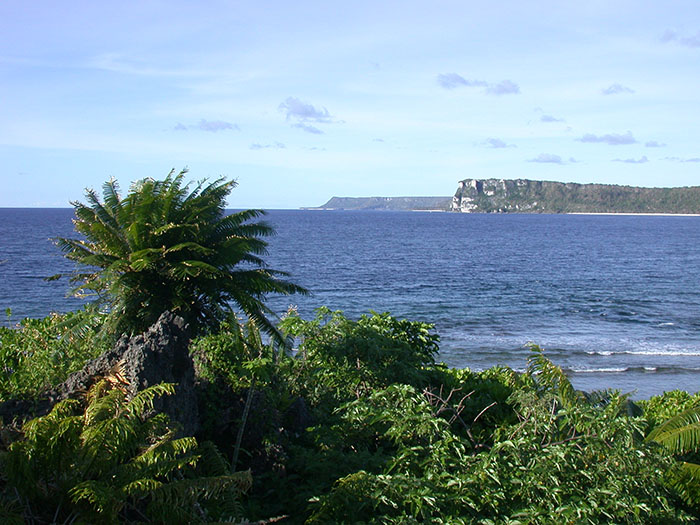 The tree-like cycad species known as Cycas micronesica was once the most common tree in Guam’s limestone forests and a key part of the CHamoru diet but has become endangered due to several non-native insect species that feed on the plants. 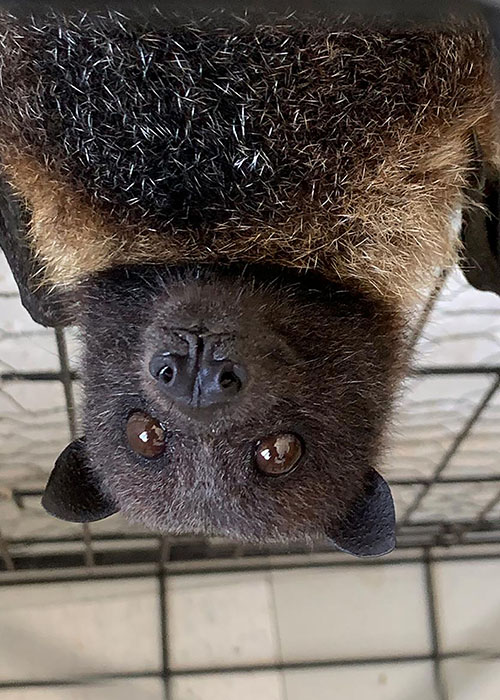 A Mariana fruit bat, or fanihi, hangs upside down in its cage. Fanihi are important for seed dispersal in the Mariana Islands and were once common in CHamoru cuisine, but in Guam, it is estimated that only 45 to 50 fruit bats remain in the wild.
❮
❯

Are the traditional practices tied to endangered species at risk of being lost? The answer is yes, according to the authors of an ethnographic study published in the University of Guam peer-reviewed journal Pacific Asia Inquiry. But the authors also say a recovery plan can protect both the species as well as the traditional CHamoru practice of consuming them.

Else Demeulenaere, lead author of the study and associate director of the UOG Center for Island Sustainability, presented on their public-impact research during the Marianas Terrestrial Conservation Conference on June 8.

The researchers interviewed CHamorus about their recollections of preparing and eating the endangered fanihi, the fruit bat found only in the Mariana Islands, and the endangered fadang, a cycad endemic to Micronesia, as sources of food.

“Gathering and processing the [fadang] seeds into titiyas fadang was a family activity. Manåmko’ spoke vividly about their exquisite taste and smell during my ethnobotanical research,” Demeulenaere said. “CHamoru conservation managers told me they were afraid their kids would never acquire the taste of fanihi and hoped that one day the fanihi population would be restored so they could hunt them sustainably and restore this traditional practice.”

Important roles in the ecosystem

Demeulenaere said the CHamoru culture’s strong ties to these species only makes a stronger argument for preserving what are both ecologically important species in their own rights and important players in Guam’s biodiversity.

“The fadang is a very special tree, as it belongs to the ancient genus Cycas, which originated during the Triassic Period, when dinosaurs were around. The leaves were most likely dinosaur food,” Demeulenaere said.

The fadang, known scientifically as Cycas micronesica, was once the most common tree in Guam’s limestone forests, but “an invasive scale insect has caused a rapid decline in the health of the cycad populations, which is further exacerbated by habitat loss,” Demeulenaere said.

The fanihi, known scientifically as Pteropus mariannus, is an important seed disperser, she said, in particular for fadang seeds.

“They love to eat the seed coat of the fadang […],” Demeulenaere said. “Restoration efforts consist of adding food sources for the fanihi in degraded forests. [Restoring the] fadang [population] is an important part of this effort.”

Most of the public-impact study’s interviewees said they would like to eat fanihi again once the populations are restored. Endemic foods can also significantly contribute to food security in the region, the paper states. But scientist-led protection and restoration of limestone habitats as well as snake suppression are important to recover the species and make sustainable harvest possible.

Moving forward, Demeulenaere said, “A co-production of knowledge consisting of traditional holders and scientists can outline harvesting practices and the recovery actions.”