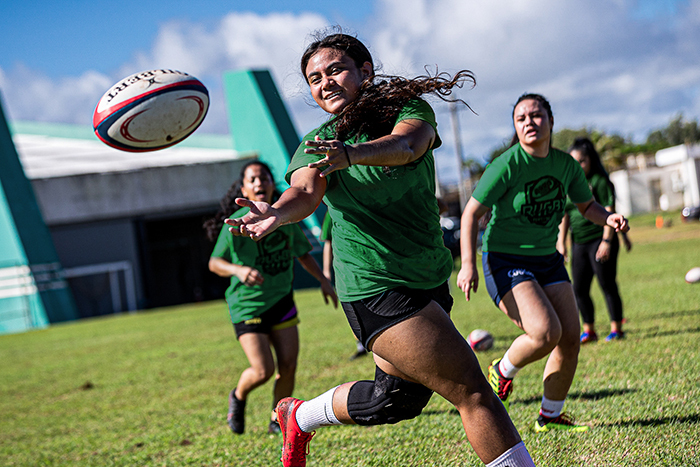 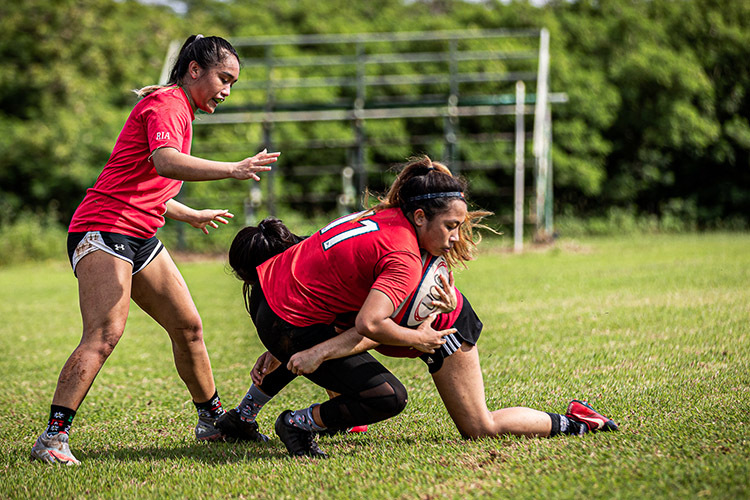 Triton Women’s Rugby player Raianne Quichocho attempts to carry the ball past a defender in a practice drill this week on the University of Guam playing field. 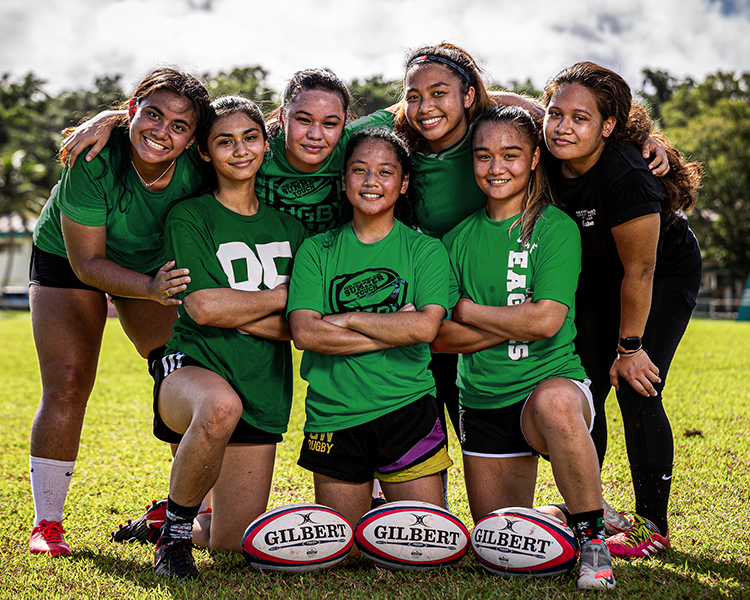 This weekend the Triton Athletics Department will premiere its newest competitive sport and a first-time team for the University of Guam: Triton Women’s Rugby.

“We are very excited to add one of the island’s most popular sports to our Triton Athletics lineup,” said UOG Athletics Director Doug Palmer. “It’s an opportunity for our talented student-athletes to be part of a team, hone their athletic abilities, earn scholarships, and represent the university.”

The team will make its debut in the two-day Lady Triton Women’s Rugby Sevens Tournament being held over the next two Saturdays. No spectators will be allowed, but the games will be livestreamed on the Triton Athletics YouTube channel.

The Tritons will compete in the tournament against three other teams: High Performance, the Hybrids, and Para Todu.

Each team will play each other once this Saturday, followed by the semi-finals, a third-place match, and the championship game to take place on Saturday, Oct. 23.

The “sevens” tournament will feature seven players per team on the field at a time. Each game will include two seven-minute halves.

“The short games will be fast-paced and high energy, making it fun for fans to watch as well,” Palmer said.

The team has been practicing the past month under the leadership of Head Coach Kayla Taguacta-Chiong, who also serves as recreational sports coordinator for the Triton Athletics Department. Taguacta-Chiong has been playing rugby since she was 4 and has been the starting tackleback for the Guam Women’s National Sevens Rugby Union team since 2006, competing in her first international tournament as a junior in high school in 2009. She has been coaching rugby for the past seven years.

“To be able to coach UOG’s first rugby team is an honor,” Taguacta-Chiong said. “It’s a big accomplishment not only for the university, but for me as well. It’s exciting to see players from high school want to take it to the next level of play. I’m excited for what’s to come and can’t wait to see them representing our school.”

Palmer said they are planning to hold at least three similar tournaments or leagues during the 2021–2022 academic year. He said there is potential for a men’s team in the future as well.

The games will have a maximum of 25 individuals present to include coaches, referees, and a cameraman, in accordance with the governor’s Executive Order 2021-20.

“We look forward to celebrating the start of the program in a bigger way when capacity restrictions for outdoor activities are lifted,” Palmer said.