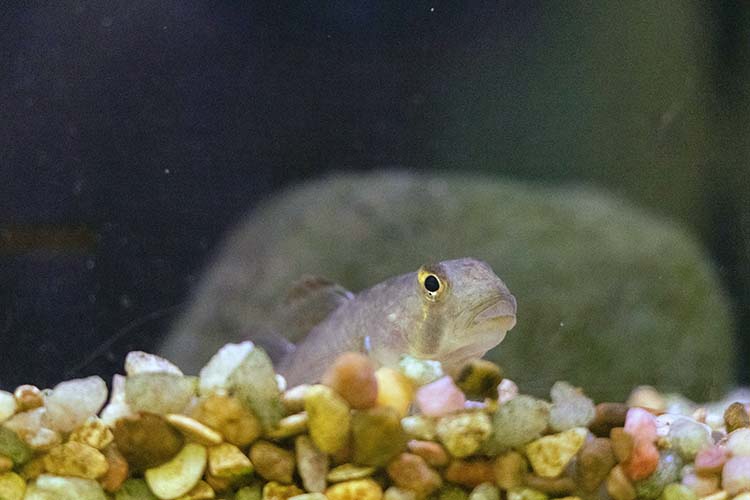 An unconfirmed species of the genus Stenogobius that is found near the mouths of most all rivers in Guam. This is one of 60 target diadromous animal species that a project under the University of Guam’s EPSCoR grant is working to genetically analyze and confirm as either an existing or distinct species. 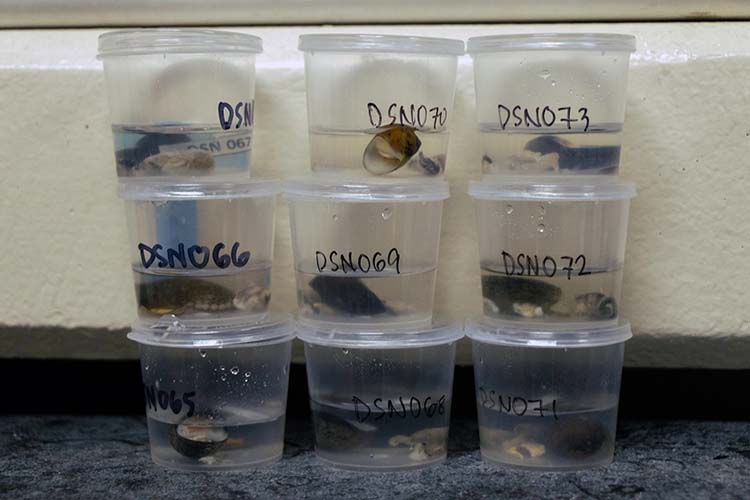 All of the preserved specimens and tissues collected over the course of the project will go to the GECCO Biorepository, a physical and cyber warehouse of records and images at the University of Guam operated via the National Science Foundation EPSCoR grant. 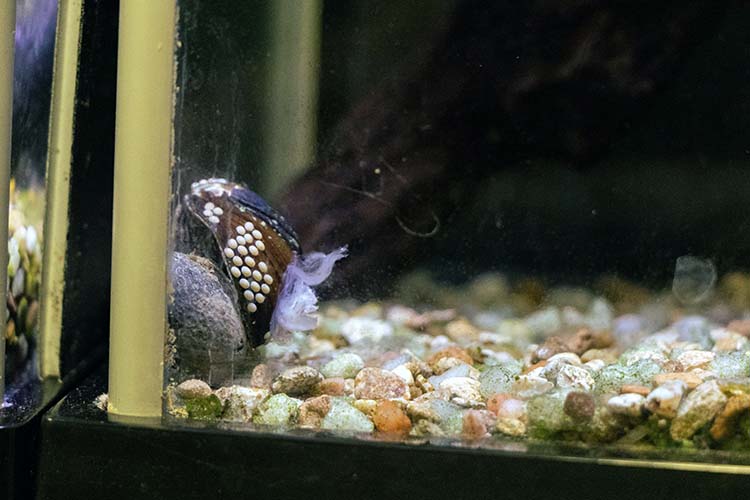 Neritina pulligera, one of Guam’s most common freshwater snails found at many elevations in most all of Guam’s rivers.
❮
❯

In an effort to manage and conserve diadromous fish, snails, and shrimp that are native to rivers in Guam and the Marianas, a researcher from the University of Guam will be working over the next four years to collect and genetically analyze species found in the region’s watersheds.

Diadromous animals are those that transition between freshwater and saltwater environments at different stages of their life cycles. 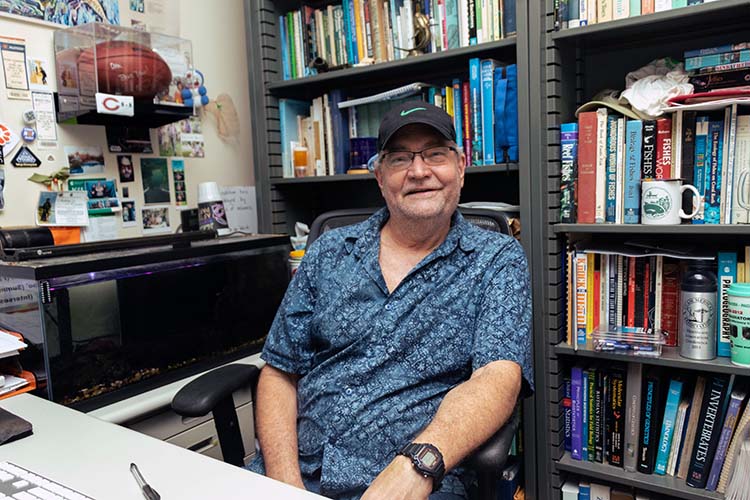 “Effective conservation management of these aquatic communities starts with discerning their historical genetic connections and/or isolation,” said Associate Professor Daniel Lindstrom, who holds a doctorate in zoology and is overseeing the project.

The work is being funded by the university’s National Science Foundation EPSCoR grant.

Many of the fish, snail, and shrimp species that live in the streams of Southern Guam are spawned in freshwater before drifting into the ocean as larvae before migrating back to freshwater to grow into adults and spawn.

“When the eggs of these species hatch, they get washed out into the ocean,” Lindstrom said. “There is a possibility that the animals you find in freshwater in the island region may all be connected because of this larval marine phase.”

‘Rewriting the book’ on these organisms

Lindstrom plans to collect specimens from each of Southern Guam’s 14 main watersheds and then eventually expand to Saipan and Rota to augment the collection. An initial collection has already been conducted in the Asmafines and Sella Rivers.

As the specimens are collected, they will be photographed, dissected, and then undergo DNA extraction.

“By looking at the genetics of these animals, I can check how similar they are to the same species found in another river on Guam and check the genetic similarity to see the patterns in their population,” Lindstrom said. “Even though those two rivers flow into the ocean less than 50 meters apart, they have different species in them. That’s really strange and I hope our genetic and survey work will find answers for that.”

He is targeting approximately 60 species that have not been genetically confirmed as existing or distinct species and have been referred to with tentative names or listed only by genus but without a species name.

“There’s an ancient Chinese proverb that goes: ‘The first step on the path to true knowledge is getting the names of things right,’ so I’m really excited about that, and I’m hoping that’ll be my scientific legacy on Guam,” he said. “We’re pretty much rewriting the book on the island’s native diadromous organisms.” 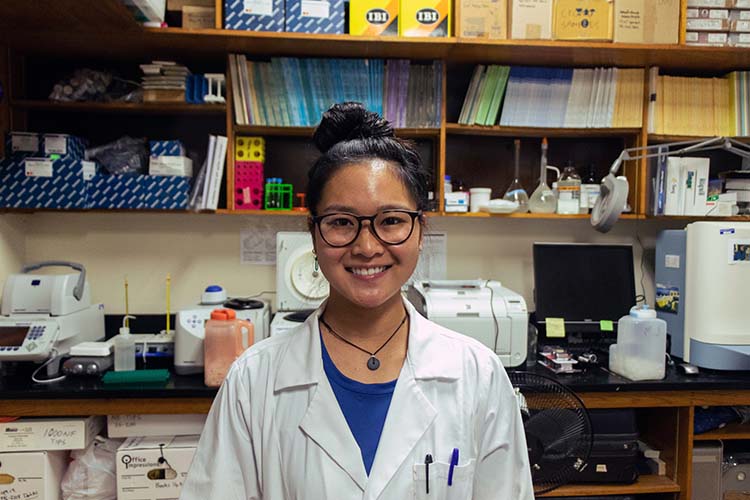 “I’m excited to see what species we can describe and to find new species – whether they’re here or on other islands,” Ly said. “I’d like to publish research about them for other people to use.”

This project will contribute to 30 years of collecting and genetically analyzing specimens from watersheds all over the tropics, including Guam, Saipan, Rota, Hawaii, Japan, the Philippines, Indonesia, Malaysia, Thailand, Panama, Costa Rica, and Nicaragua.

All of the preserved specimens and tissues collected over the course of the project will go to the GECCO Biorepository, a physical and cyber warehouse of records and images operated by the Guam NSF EPSCoR program. The biorepository can be accessed online at https://specifyportal.uog.edu/.