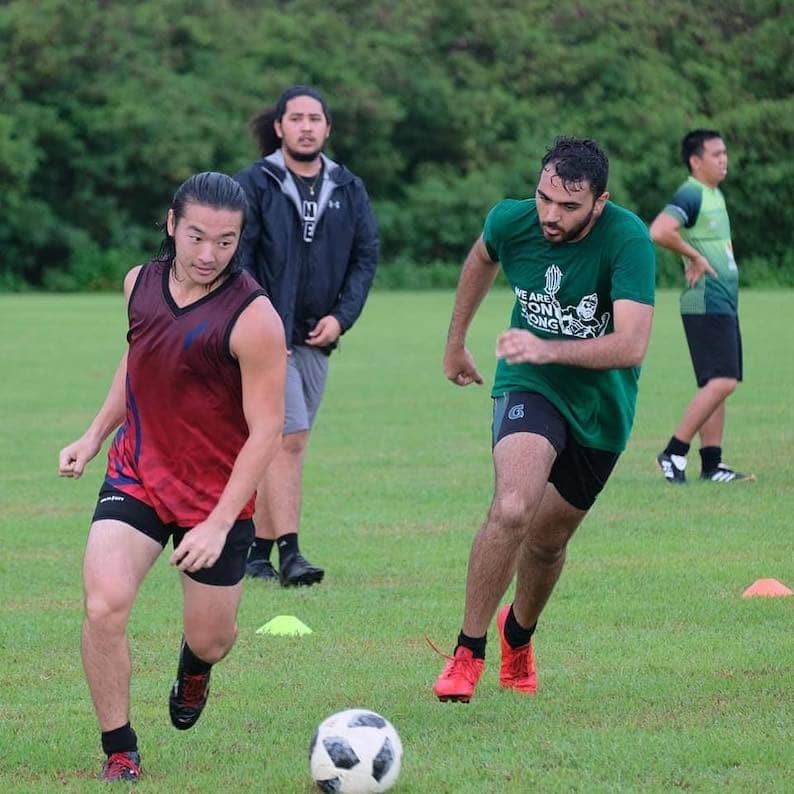 “We are so happy that we could return to the athletic fields and courts this past spring, and now in the fall, we plan on expanding the program to seven sports,” said Athletics Director Doug Palmer. “Hopefully we can play 10 sports in a couple of years.”

Students can try out for men’s and women’s soccer, men’s and women’s basketball, baseball, women’s rugby, and women’s volleyball for the Fanuchånan 2022 semester. The newly revived Triton Women’s Volleyball program will feature both the full six-player indoor version and, for the first time at UOG, the two-player beach version.

Palmer said that men’s volleyball and men’s rugby will be high on the list of new sports for the 2023 academic year as well as a women’s softball team, cross country, and potentially other sports depending on the student interest.

“Hopefully all our sports will be up and running and playing games by October, and this will be the biggest year of UOG varsity sports since we re-started the program 2016,” Palmer said.

The Triton Women’s Basketball Team is scheduled to be the first team of the academic year to play, with Sept. 7 set for their opening game. Most other sports will start after the Labor Day weekend.

Tryout dates and times are as follows:

For questions and more information, contact Doug Palmer at (671) 735-2862 or email palmerd@triton.uog.edu.