A new set of student-athletes are featured on the Champions of Triton Athletics wall in the UOG Calvo Field House. 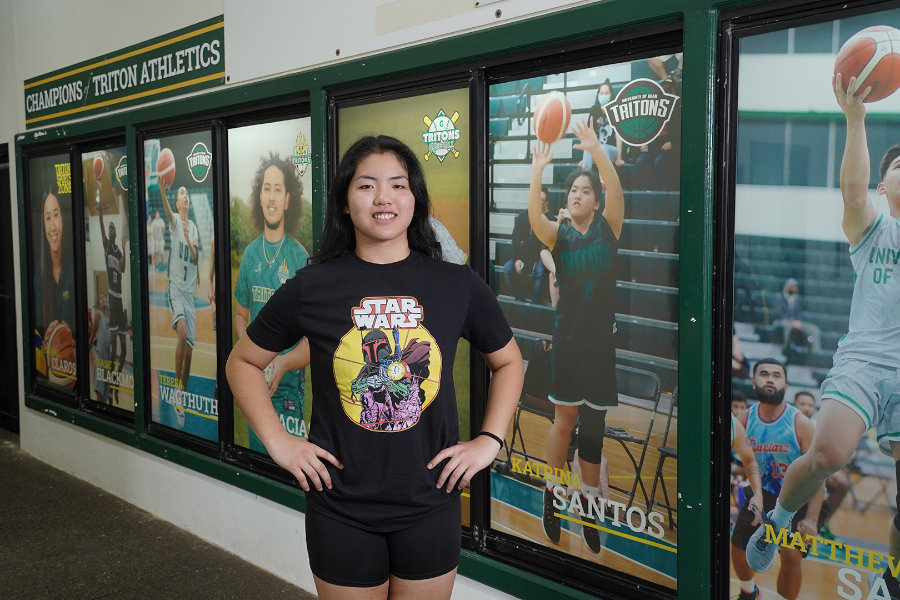 Triton Women’s Basketball player Katrina Santos is one of 10 student-athletes featured in the updated Champions of Triton Athletics wall at the Calvo Field House. 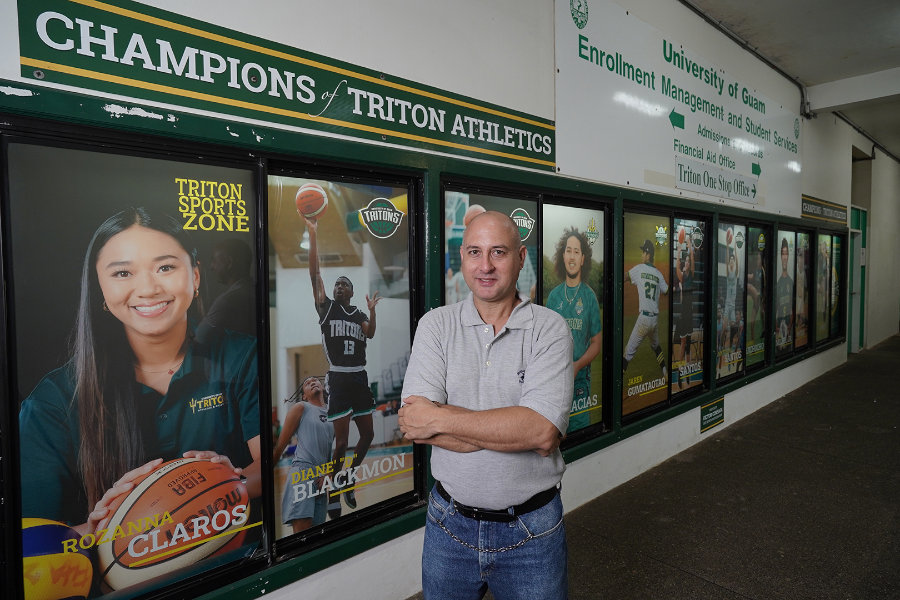 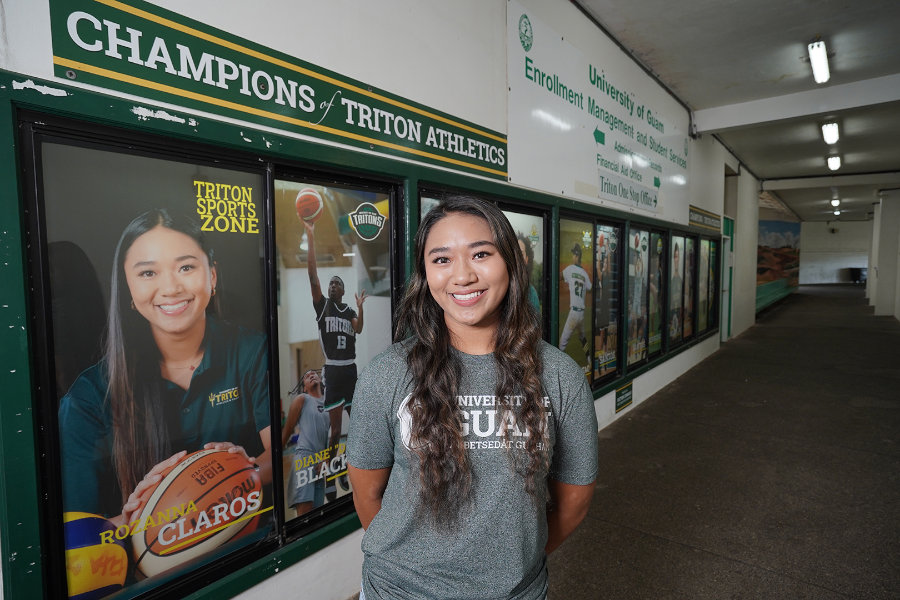 Rozanna Claros, the host of "Triton Sports Zone," revealed the updated Champions of Triton Athletics wall during a live episode of the podcast on Aug. 26.
❮
❯

The wall, located in the UOG Calvo Field House, was first introduced in 2019 with a collection of 12 student-athletes who were previous award winners during their time at UOG.

The new display features 10 student-athletes from each Triton team, including the newly added baseball and women’s rugby teams. Their photos were taken by Victor Consaga, the sports photographer for the university, and will remain up for one academic year.

“While it is hard to take down the pictures of the first class, we are proud to highlight a new set of Champions and give our current and future players something to aim for in the future,” said UOG Athletics Director Doug Palmer.

Student-athletes are chosen by their coaches and the athletics director based on their character, academics, and athletic ability.

The following student-athletes are featured on the wall: